This is roughly my third fourth attempt at muddling through writing this Zenith review, because theres something very difficult in trying to talk about a game that gets so many of its base mechanics so hilariously wrong, yet still winds up being okay in the end. It manages that feat mostly because its sporadic highlights are based around something as subjective and intangible as humour.

You probably wont laugh at every joke, but Zenith spreads them around with such a sense of reckless aplomb that itll be unlikely youll find nothing to appreciate inside its ten or so hour lifespan. It pokes fun at itself, at fantasy tropes, at the genre, at pop references, and even at its own reliance on pop references. Early in the game, youll meet caricatures of famous Final Fantasy protagonists whose overstated personality quirks openly annoy the people around them. Theres a sense that, even though the game has staples like a big evil trying to destroy the world, its incapable of taking anything all that seriously. The threat is never diminished; youre under no doubt that something very powerful wants everything very dead and is very capable of making that happen. Its just that it sometimes wanders by to casually chat and catch up on old times. Like how he was once thwarted by an elephant that you had to use as a substitute for a machine part, which has since been recognised as a holy symbol referenced throughout the game. 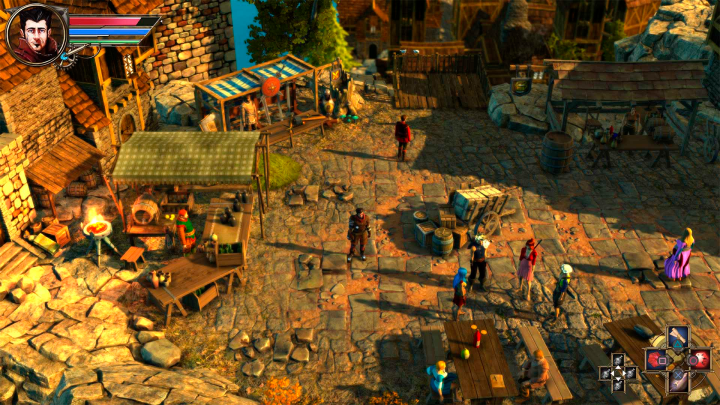 The problem Zenith has is that it cant all be about stuffing elves into empty wine barrels and having a golem lob them up the side of a mountain. Sometimes, it has to make a sincere stab at being an action-RPG. The biggest issue there is that the only things weaker than Zeniths particularly bland action are its barely-existent RPG elements.

Its all very threadbare. You have an XP counter that you fill by taking on clunky real-time battles and, once you fill it, you can invest a point in a skill tree that is filled with barely useful skills. Oh, and theres an awful, awful loot system that gives you the same small collection of armour over and over, just with a roman numeral attached so you can see whats supposedly superior. It means you often come out of a dungeon with, for example, a handful of Earth Ring III accessories.

Some attempt is made to tie such elements into your fighting. The main character is a mage, after all. At first, the options available to him are impressive. There are a few different weapons, but your weapon options essentially boil down to either a gauntlet with an element or a sword with an element. Spell selection is much more impressive; you can equip projectile spells as mundane as summoning a fireball, or you can unleash ricocheting ice blades from your fingertips. You can also equip various scrolls that produce an area-of-effect attack. Unfortunately, the level of customisation available is lacking. Going into that obligatory fire dungeon? Bring ice spells for damage and flame armour for protection. It never really gets any deeper than that. 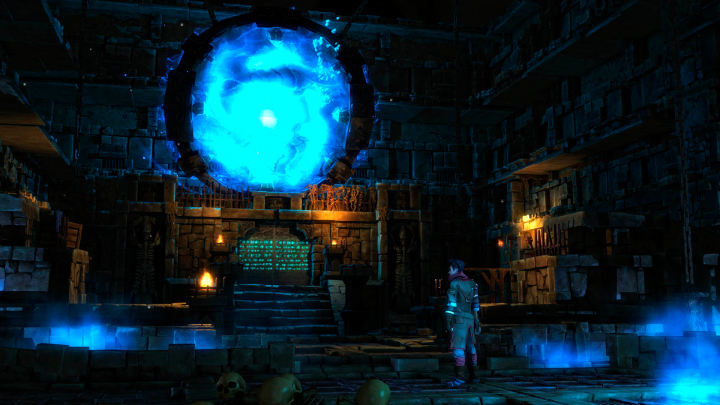 And so its all very basic, but basic doesnt have to mean bad. Its a functional if uninvolving system, which could safely be regulated to the back burner if only the combat engine worked. Which is the big issue, because Zeniths combat engine doesnt really work on any level. For a start, the wide and varied enemy cast always seem to be able to hit a lot harder than you can, meaning that your defeat could come at the hands of a swarm of simple cannon fodder at any time. It doesnt feel like you have any form of defence against this; theres a block button that summons up a magic shield thats picky about what it blocks and eats up your mana supply. Theres a dodge button that performs a worthlessly slow roll, which is never going to get you safely out of the way of anything but the most cumbersome of attacks.

With no way to weather a series of attacks and wait for an opening, and with no real way to successfully dodge your enemies and come back in for a counter-attack, battles mostly boil down to a war of attrition where you pummel your foes and hope they croak first, or else you run around the screen like a coward, spamming spells until your meagre mana supply is exhausted. Wherein youre forced back into Plan A: a headfirst charge into probable death. Theres another problem with combat, as well: your blows feel like theyre making no impact on the target. Theres no knockback, no stun, no visual representation that what youre doing is making a shred of difference. Enemies just press through your attacks and land attacks of their own. You can carry a healthy stock of both healing and magic potions, but theyre only boons to a limited degree; quaff one, and theres a cooldown period before another can be consumed. 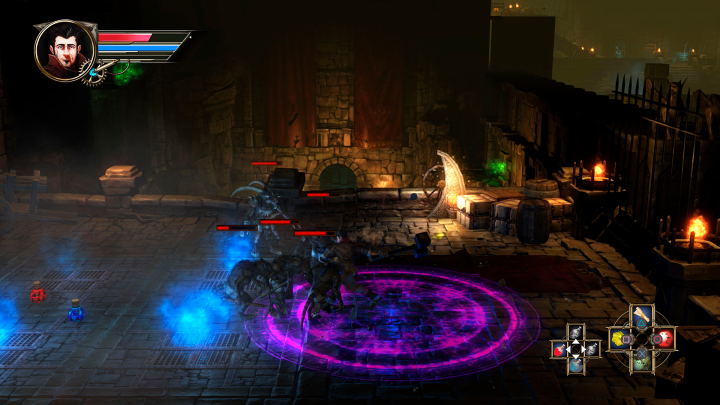 Eventually, youll have to decide if you want to keep suffering through the tedious battling that makes up the bulk of Zenith, in an unenviable attempt to see more of its humour. It was my job to do so as I prepared this review, and Im not going to lie: that project became more and more of a grind the further I advanced. Thats a real shame, because the bits between the combat often genuinely amused me and, even in the instances where the jokes fall flat, the effort and the attention and the sheer love of the genre being lampooned are clear for all to see. You can tell that the people who created this world poured an almost obsessive amount of detail and exertion into it, and theyve truly created something almost unique to be proud of. But they made the mistake of building it all around a frustratingly clumsly and comically ineffective core, and that's difficult to forgive.
3/5

If you enjoyed this Zenith review, you're encouraged to discuss it with the author and with other members of the site's community. If you don't already have an HonestGamers account, you can sign up for one in a snap. Thank you for reading!

© 1998-2020 HonestGamers
None of the material contained within this site may be reproduced in any conceivable fashion without permission from the author(s) of said material. This site is not sponsored or endorsed by Nintendo, Sega, Sony, Microsoft, or any other such party. Zenith is a registered trademark of its copyright holder. This site makes no claim to Zenith, its characters, screenshots, artwork, music, or any intellectual property contained within. Opinions expressed on this site do not necessarily represent the opinion of site staff or sponsors. Staff and freelance reviews are typically written based on time spent with a retail review copy or review key for the game that is provided by its publisher.