Rarely has such a sense of whimsy been so expertly built upon a bed of tragedy. Silences sombre beginnings start with the desperate rush of a teenage brother to keep his younger sister safe during the aerial bombardment of their home. Its an unapologetically heart-rending moment, one that ends with the two huddled in a bunker while the outside world explodes. In his efforts to distract and comfort his sister, Noah recounts the adventures in the previous game in which he appeared, Whispered World. That title was based mainly in the land of Silence, a fantasy world where a miserable clown, Sadwick, went on a quest to restore his king with an elixir of life. The storytelling works for a while, distracting Renie from the horrors of the outside world. But bombs dont care much for comforting tales.

Early themes of death, escapism and the coping mechanisms of children are left quietly humming in the background when the game finally revisits the world of Silence, a land situated between life and death. Here, Noah has to find his sister, who has stumbled on ahead of him and instantly become entangled in the fantasy worlds own war. Obviously, the only way to close the gap between the siblings is for the pair to undertake a rolling list of pesky puzzles. Noah initially has to help hinder the advance of the Seekers, faceless monstrosities who hunt through sound and touch alone. Renie must find some way to make a carnivorous plant stop slowly devouring her would-be protector. 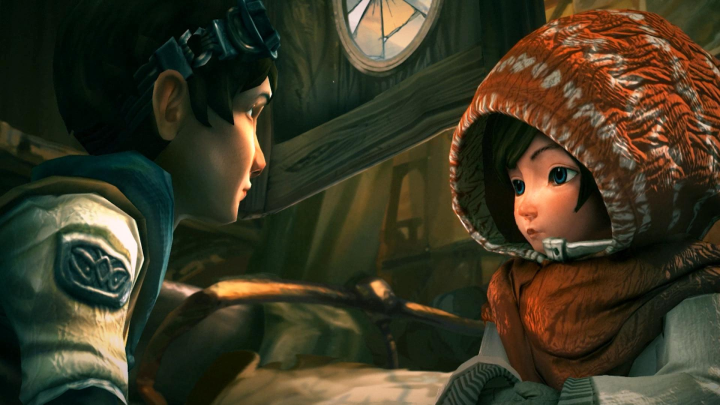 Despite the games grim beginnings  or rather, in a direct contrast to them  Silence (the world) is a rolling tapestry of greens and blues made entirely possible because Silence (the game) is undeniably beautiful. Whispered World was an exclusively hand-drawn 2D world, but Silence transitions into 3D with spectacular results. Theres a real storybook-come-to-life feel about the entire project that meshes perfectly with the game's dream-like substance, and the aesthetic attention to detail is near obsessive. There are constant signs of life, from bugs flittering around forests, to dust molecules being kicked up in direct shafts of light. The backgrounds  which are also stunning -- are 2D, but shift in layers to work with gently panning cameras and create the illusion of greater depth. Waterfalls constantly trickle; nervous critters follow characters around the landscape with their eyes; disturbed piles of leaves puff anything displaced out onto the breeze, where it drifts until finally it is able to settle.

Silence is a clear stand-out in a genre filled with beautiful titles, similarly sporting an excellent soundtrack and a decent standard of voice acting. It also streamlines the point and click formula, making the experience less about saving the world with miraculous contraptions constructed with the mountains of crap you can lever into your bottomless pockets, and offering various puzzles that are more contextual to your current environment. The shift in focus means that even though youre often scrolling back and forth a few screens, youre no longer constantly retracing your steps to far-off locations every time you hit a brick wall in the vain hope of stumbling across an object youve previously missed that will solve your dilemma. Its one of the few things that will rub adventure veterans perhaps the wrong way, because it does make the game considerably easier than a lot of other point and clicks, but it does help the game keep moving without a series of stalls while you frantically click everywhere in an attempt to move forward. Further help is offered, as well; Silence can unveil all the interactive hot spots with a press of the space key, as well as displaying hints. 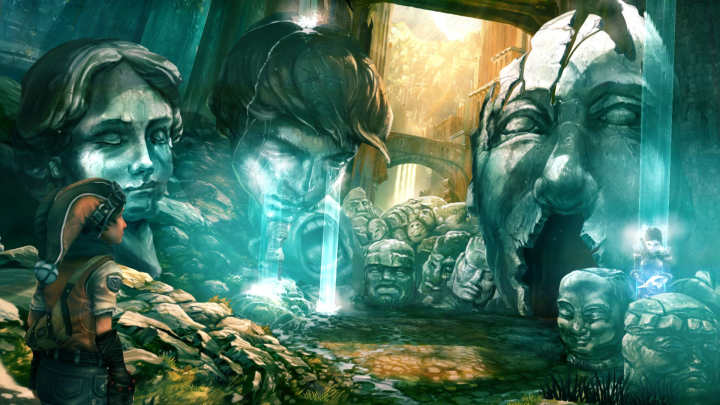 The design also makes some puzzles more interactive, replicating heavy mouse drags for pulling debris aside, or side swipes for maintaining balance. The real star of the conundrums is Spot, an adorable caterpillar-like creature who is passed between the siblings around whom many of the best puzzles are built around. Not only does his small size allow him to fit into gaps that neither protagonist can, but he has limited shape-shifting abilities. He can either flatten himself out like stepped-upon gum, or expand himself like a balloon. He also ingests various substances and acts like a container, allowing him to transport something as mundane as water or as gross as dragon phlegm.

Since Spot is so vital to a lot of the puzzles, the solutions do become predictable at points. I appreciate a good challenge, but I didnt mind the ability to speed through the puzzles so that I could spend more time appreciating the unreal world, or advancing the siblings' adventure. Its all very bittersweet; all too easy to lose yourself in the splendour of Silence and to get washed away in the eccentricity of it all. But theres always that desperate undercurrent of tragedy, silently lurking beneath all the colours and the smiles. There are glimpses of it; little reminders here and there that all isnt well. Not really. Theyre easily ignored, though, so that you can get back to the quest, so you can continue your journey through this fantastic world. But you know the tragedy remains. It will eventually catch you up.
5/5

If you enjoyed this Silence review, you're encouraged to discuss it with the author and with other members of the site's community. If you don't already have an HonestGamers account, you can sign up for one in a snap. Thank you for reading!

© 1998-2020 HonestGamers
None of the material contained within this site may be reproduced in any conceivable fashion without permission from the author(s) of said material. This site is not sponsored or endorsed by Nintendo, Sega, Sony, Microsoft, or any other such party. Silence is a registered trademark of its copyright holder. This site makes no claim to Silence, its characters, screenshots, artwork, music, or any intellectual property contained within. Opinions expressed on this site do not necessarily represent the opinion of site staff or sponsors. Staff and freelance reviews are typically written based on time spent with a retail review copy or review key for the game that is provided by its publisher.