Resident Evil Zero attempts to answer a burning question that practically nobody ever asked: just what was Rebecca Chambers up to in the original game, before you found her? The thing is, a lot of you never witnessed the answer to that question, due to Capcoms short-lived Gamecube series exclusivity. Ignorance was a valid excuse for all but the seven people who owned that system, but it's a valid excuse no longer! As one of the newest members of the near dangerously obligatory HD remaster crowd, Resident Evil Zerohas since been splashed across all current platforms, with shinier graphics and that obsolete tank control scheme banished back to the late 90s. Zeros been elevated to its highest plane of existence to date. Its still not very good.

I mean, its not awful; its just the victim of some really sloppy design choices. The sad thing is that it doesnt start out that way. During the pursuit of an escaped death row inmate, Billy Coen, Rebecca finds herself trapped on a runaway train filled with the undead. She has no choice but to team up with her quarry, and from there the two uneasy allies make their way through the claustrophobic cabins, given little room or time to react when any of the corpses slumped in their luxury seats reanimate and make spirited attempts to claw through the heroes' throats. Its excellently paced; though the game never punishes you for taking your time, theres a real sense of urgency. Youre hurtling through the night to an unknown destination and, judging by the remains of the previous travelers, its not a journey you should be excited about making. Tandem efforts to stop the train mean utilizing begrudging teamwork to bypass obstacles the other cant, or to find a way back to each other once separated. Theres no wasted motion, no endless backtracking and no period where youre meandering around, just trying to figure out what to do. The train is by far the highlight of the game, laser-focused into forcing the pair into a reluctant team and driving them to bond through their macabre discovers. Its over in about half an hour. 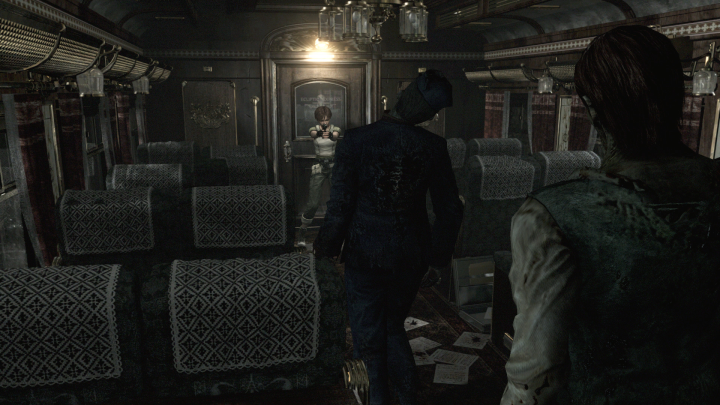 Then the rehashing starts. Directly after the train, youre forced to go through a spooky old mansion, because thats never been done before. The tour is highlighted by gothic architecture and ornate doors, the likes of which youve seen before many times. Robbed of their urgency, the pair struggles to find reasons to remain a team as it lurches from one cliché patch of architecture to the next. A dilapidated church isnt entirely awful, but--and stop me if you heard this before--the majority of your time will be spent in an underground lab hidden beneath the mansion.

The heroes dont stay together for the sights; they stay together because two people were needed in order for Capcom to force upon players the worst inventory system anyone has ever implemented within a game. As in the older games within the series, theres a lot of inventory-based puzzle littered around Zero, wherein you need to place that crest thing on that mantle or find a handle to turn that crank and so on. In fact, Zeros puzzles probably dwarf that of the original, which is curious, as youre not able to transport nearly as much. But, thats weird, right? I mean, you have two people throughout the vast majority of the game, so shouldn't you be able to carry more? Well, no; after you arm them and give them an ammo supply and a healing item, your heroes have very little space left. Previous games introduced the magic chest storage system(TM) to try and work around such pitfalls. You had save rooms where you could dump your loot, to later access it from any other save room in the game. In Resident Evil Zero, you just drop stuff on the floor and hope you can remember where you left it.

Just give this scenario a bit of thought for a second: you find a key somewhere, and you know you need to use that key, because otherwise it wouldnt be glinting on the corner of that desk. But youve yet to find a locked door. What are you to do? Do you take that key and eat up a precious inventory space? What if your inventory is already full? What do you sacrifice in order to take it? How about just leaving it there? Well, you could; you know where it is, but you know that you face agonising backtracking to reclaim it once you finally find the door it fits. But, even if you take it, odds are youll need to backtrack anyway to reclaim the item youve left behind. Things like healing herbs and bullets remain scarce and difficult to source, but youll be dropping them at random points with distressing frequency, just so you can serve pack mule for plot-vital McGuffins. 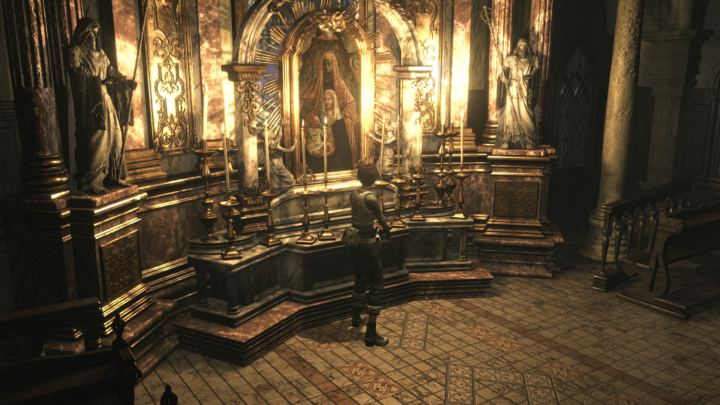 Its telling that most tactical discussions youll find on the Internet concerning Resident Evil Zero doesnt talk about ammo conservation, or the best way to take down boss-style monstrosities. Instead, they focus on how best to circumvent this awful inventory system. From mapping out hub rooms that give you the least amount of pointless backtracking, to ammo saving systems (which still means you need to sit through a couple of inventory screens every time someone empties a clip), theres no rage-free way to sidestep it. After the train stops, thats the entire experience. Its a shame, too; Zero has its fair share of unique enemies, including a leech plague monster that really deserves featuring in a better constructed game. But then you face a horde of undead monkeys or bats, and that's a bit harder to take seriously.

For all the upgraded graphics, the tightened control scheme and the kooky extra modes included (run through the game as long-time series antagonist Albert Wesker, reveling in his overpowered glory!) , theres not much reason to revisit Resident Evil Zero. That brilliant half-hour on the train aside, and even without factoring in the inventory issues, it remains a poorly written, ham-fisted attempt to squeeze an extra chapter into the franchises already ludicrous, over-spilling canon.

If you enjoyed this Resident Evil 0: HD Remaster review, you're encouraged to discuss it with the author and with other members of the site's community. If you don't already have an HonestGamers account, you can sign up for one in a snap. Thank you for reading!

© 1998-2021 HonestGamers
None of the material contained within this site may be reproduced in any conceivable fashion without permission from the author(s) of said material. This site is not sponsored or endorsed by Nintendo, Sega, Sony, Microsoft, or any other such party. Resident Evil 0: HD Remaster is a registered trademark of its copyright holder. This site makes no claim to Resident Evil 0: HD Remaster, its characters, screenshots, artwork, music, or any intellectual property contained within. Opinions expressed on this site do not necessarily represent the opinion of site staff or sponsors. Staff and freelance reviews are typically written based on time spent with a retail review copy or review key for the game that is provided by its publisher.