It would be unfair to gloss over the general sense of incompleteness that permeates Haven. The game adheres closely to its RPG Maker roots, even though it's clear that there were dreams of doing something a little more atypical, and that means that some things are out of place... like the post-battle screen that dishes out gold. You know the one I mean. It immediately follows the screen that tallies total experience gained. However, there's no gold to be won here. Cleril, the game's one-man programming team, didn't know how to safely excise the extra screen from the process, so it pops up anyway, with a little message stating that it's only there to prevent a crash. Check your immersion at the door.

Maybe I'm being a little harsh, though. Maybe there's really no way around that screen and honesty is the best policy. But then there's the fact that some side quests are hinted at and (at the time of this writing) don't actually appear in the current build. One of the quest prompts point blank says "Go away, press guy; this side quest isn't ready yet." That must have been left in from a previous version that was sent to prospective reviewers. It's all very untidy, and it can't help but take you out of the moment and remind you that you're playing a video game. Still, I truly do like Haven. 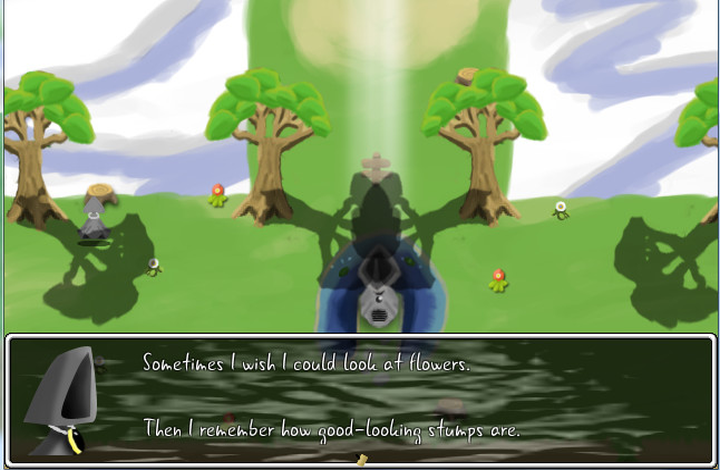 The game at least succeeds in being atypical where its general approach is concerned, even bending the RPG Maker engine back on itself in order to make some things work. Clerils game tells the story of a mad poet named Cleril (which seems to be a more common name then any of us ever imagined) who wages metaphysical war against his own mind. Hes locked in a cell for reasons that well never know, and thus has little else to do. That confinement leaves him plenty of time to focus entirely on inner battles.

Haven is the name of a place Cleril retreats to, inside of his head. Hes fully aware of his escapism. Theres no twist ending about which world is real; Havens a mental prison of his own making, a way to escape the physical prison others have made for him. Its supposed to be idyllic. There are green fields and wispy clouds, all stacked on a lump of earth floating carelessly through the sky. With giant brown eyes scored into the ground that track your movement as you explore. You know, that old chestnut. Cleril lives there with the more agreeable alter-egos that splintered away from his personality. These include The Jester, who represents his sense of humour, and The Bookkeeper, who records his memories.

But something isnt quite right. Instead of ending up in Haven, Clerils latest trip into his own mind takes him to a location that he doesnt recognise. Its filled with inky black infants skittering around that both adore and loathe him. Theyre "inklings," the manifestation of ideas long abandoned. Some of them are warped, mutated and violent. Others are scared, or furious, or confidently indifferent. And theyre all trapped in this place where ideas come to die, kept in place by a hulking reaper with a double-sided scythe. The problem now is that Cleril is just as trapped as they are. By taking out the guard and claiming his own freedom, hes essentially allowing his unchecked ideas run riot in his own mind. 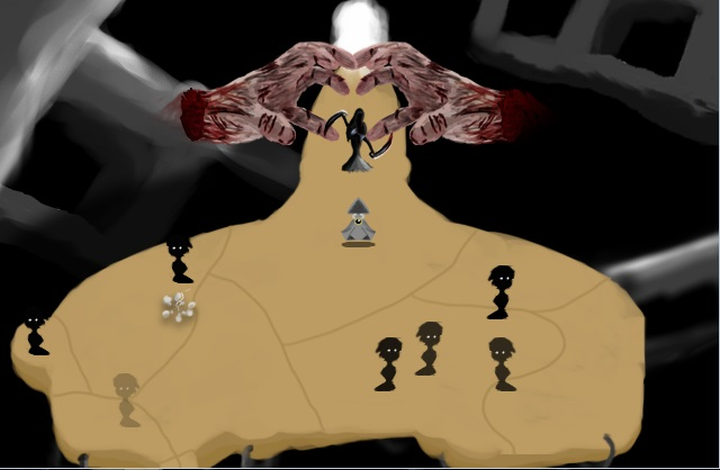 That becomes a recurring part of Clerils adventure - doing untold damage to his own mind in the hopes of somehow making it better. Along the way, his subconscious turns against him, swaying other aspects of his mind to join in the rebellion. Clerils a special kind of insane. It's insanity so deep that it starts fighting for dominance. The rapid-fire dungeons the hero and his alter egos explore are all a part of that out-of-control process.

There are battles, but you never really have to grind to gain levels. Mainly that's because Haven takes a more cerebral approach, presenting some battles as puzzles, or doing away with random battles for stretches of the dungeon and asking you instead to simply figure out a way to progress. Even when you do find yourself forced to fight, youre overloaded with unique options. Cleril himself can discover ink wells throughout the journey that he can spend back in Haven to bolster old abilities or learn new ones. The Bookkeeper has a skill that lets him bookmark specific points in battle and flip back to them as needed. The Jester has access to big hurt-all attacks, but he unleashes them at the cost of his own sanity.

Health points and mana are replaced with sanity and ink, which makes just as much sense as waging war inside your own head does. Despite the game's ragged edges and roughness, its clear that a lot of work went into Haven, from its custom tiles to the wealth of options. Clerils given up on the real world and diverts all his efforts trying to live a peaceful life in the confines of his mind, and, rather than be exhaustively told about the complexities of all of this, youre left to figure it out as you go along. Snide back-and-forth discussions with The Jester alter ego make reference to how Cleril has abandoned his sex drive, which is hinted at in greater detail when the cast members speak of a banished ego, The Flirt. 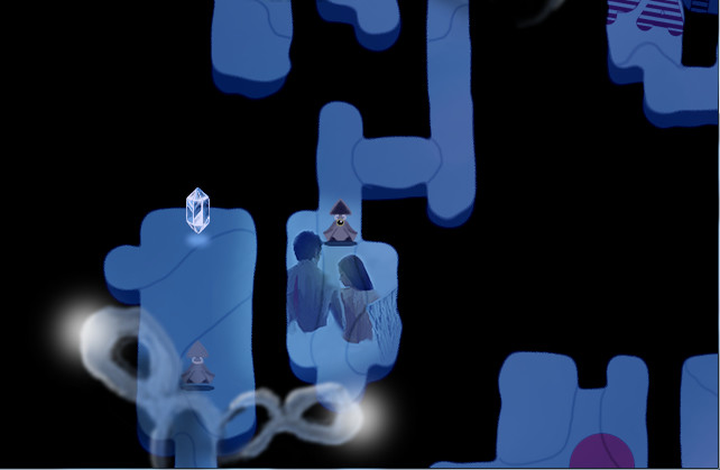 There are fragments of The Flirt's previous existence scattered around the place, hinting at what once was, but her expulsion is left ambiguous. That itself hints at a deeper story, suggests that the sacrifices Cleril makes to conserve his little world aren't new, but are instead part of a long-running project that he has maintained over time. Otherwise, theres just the reality of his prison and the unending darkness.

I suppose sometimes that living in your own world is better than living in the real one. Even when it gains a scary kind of sentience, decides youve become obsolete to its existence, and tries to remove you from the equation...

If you enjoyed this Haven (2016) review, you're encouraged to discuss it with the author and with other members of the site's community. If you don't already have an HonestGamers account, you can sign up for one in a snap. Thank you for reading!

© 1998-2021 HonestGamers
None of the material contained within this site may be reproduced in any conceivable fashion without permission from the author(s) of said material. This site is not sponsored or endorsed by Nintendo, Sega, Sony, Microsoft, or any other such party. Haven (2016) is a registered trademark of its copyright holder. This site makes no claim to Haven (2016), its characters, screenshots, artwork, music, or any intellectual property contained within. Opinions expressed on this site do not necessarily represent the opinion of site staff or sponsors. Staff and freelance reviews are typically written based on time spent with a retail review copy or review key for the game that is provided by its publisher.