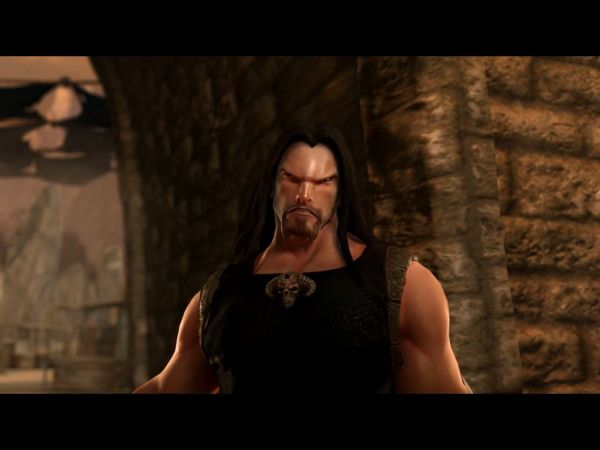 The early phases of Garshasp: The Monster Slayer offer a ho-hum hack 'n slash experience fit for the PlayStation 2. You button mash your way through swarms of weak orc-like creatures, delivering a mixture of light and heavy blows. Eventually, middle rank foes arrive, along with a mid-boss encounter that culminates in a simple QTE. Experience orbs rise from corpses and are absorbed into your body, imbuing you with new might and the knowledge to execute more complex combination attacks. With added brutality, the game would be nearly indistinguishable--at least on paper--from God of War.

The only point on the checklist that Garshasp's intro misses is a script rife with clumsy, yet charming dialogue. Instead, the story chugs along joylessly while a narrator details Garshasp's plans for revenge and his sense of duty. I understand the need for a simple plot in combat-oriented games, but the "tell don't show" approach on display here robs the player of even the slightest motivation to invest in the titular hero. Even when Garshasp loses his brother in an early game battle, the best you might be able to manage is a shrug. Then again, we don't actually get to see Garshasp's emotional reaction. After slaying a squad of green monsters, he merely moseys on to the next fight while the narrator mentions in passing that the dead youngster lying in the street was the warrior's brother. 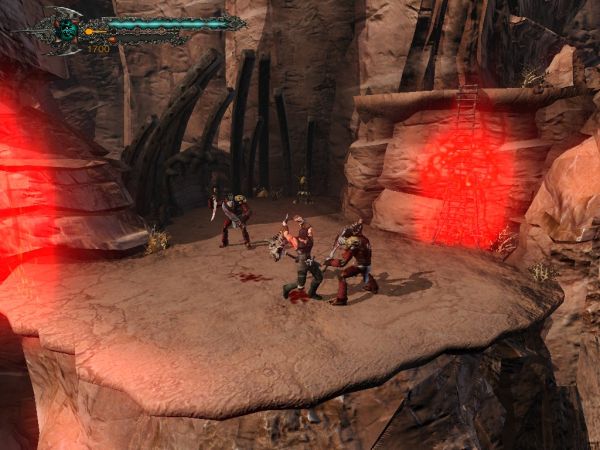 The scene involving Garshasp's late sibling sets an indifferent tone that persists for the campaign's remainder. It's a shame I have to say that, after the enjoyment I found in crawling through a fittingly bleak ruined city and dispatching a wonderfully grotesque swamp monster. However, such high points do little to counter Garshasp's less inspired and more persistent design choices. You can see apathy in the protagonist's "stereotypical hero" appearance, and in the "must've strayed from the set of 'Lord of the Rings'" bestiary. Similar hints of indifference also run through the game's cliche level types, which include a marsh, a forest and a temple carved into a mountain.

Most of all, though, it's Garshasp's combat system that fails to impress. And yet it's not the necessity to deal with all opposition via button mashing that kills the experience. Rather, it's a lingering anticlimax that rears its head every time you exterminate a monster using an array of ordinary slashes. You would think the protagonist would make up for the deficit in action by pulling off some sweet QTEs when dealing with middle and upper card villains, but once again the disinterest strikes. After you press the measly two to three buttons prescribed by the on-screen prompts, the game treats you to a forgettable series of--yep, you guessed it--simple stab and swipe animations, sometimes with an underwhelming flipping leap thrown in for okay measure.

Garshasp's campaign gets worse as you advance, too. With each passing segment, its faulty functions become more apparent, and the combat system shifts from "average at best" to "irritating." One key issue is that you can't lock on to any of your targets. While attacking, you must manually turn Garshasp to face or run towards an opponent. As you may have guessed, this means that a lot of your combos end up missing, or at best landing on a creature you didn't actually intend to damage. That's assuming your blows even register in the first place, since the game also sports defective hit detection. Typically, the first two blows of a combo won't land at all. You'll watch as Garshasp's blades fly harmlessly through an adversary's body, almost as though they were the hero's warm up swings. 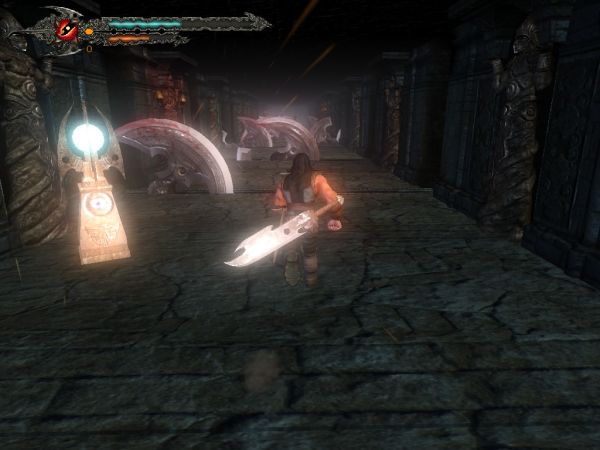 Unresponsiveness isn't a rarity in this outing, either. During my playthrough, I encountered plenty of occasions when the block function decided it didn't want to cooperate. Meanwhile, my enemies struck me with a barrage of punishing blows that either killed me or brought me to the brink of death. Several other times, finishing QTEs refused to work. Instead of executing a lackluster maneuver, Garshasp's waved his hand in front of the beast he was battling, as if he were attempting to grapple an empty space.

The developers tried to spruce up the experience, but since they were working with a campaign that lasts only four hours or so, there wasn't much they could accomplish to that end. And yet, there's little in the way of variety to fill even that brief time. In addition to the aforementioned blades, the only other weapon you receive is a club that's too slow to be effective. By the time you acquire it, you should have so much experience pumped into your blades that your new find can't help but function as an inferior liability. But then, the lack of diverse weaponry doesn't actually matter much when you're essentially carving up the same three or four enemy types for the bulk of your journey. Sure, new monstrosities do occasionally appear, but they're just touched up versions of previous foes, now with slightly more aggressive AI routines.

No flawed action title is complete without occasional minor glitches and hiccups, and Garshasp also possesses plenty of those. For instance, my feet sank into the ground a few times. Thankfully, I was able to jump free of the unintentional trap. I also fell victim to infrequent bugs where the camera refused to pan as I walked. This once happened to me just ahead of a brawl. The lens remained focused on an unpopulated arena off to one side, while demons pummeled me into the dirt off-camera. To top it all off, frame rate drops plague the entire campaign, especially during segments where timing is key. I can forgive infrequent hiccups, but it's inexcusable when I take a fatal plunge into swamp water or get sawed to pieces by a massive rotating blade, all because the game lagged at the worst possible moment. 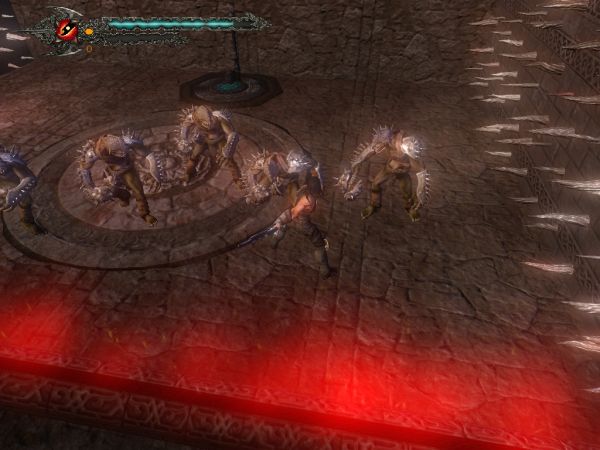 Every flaw comes together at once when you at last encounter the main antagonist in a final throw down. Your first couple of light strikes penetrate his character model without cleaving off even a faint sliver of his hit points. Meanwhile, his devastating combination strike bypasses your defenses, either because your block button decided to take a break, or because you were stuck in the floor. When you finally bring the villain to his knees, the ultimate QTE fails to launch while you feebly grasp at the target to no avail. In case you needed a reminder that Garshasp: The Monster Slayer is a terrible indie action title, the game continues its spree of laggy animations to the very end.

The flaws you encounter during that final battle and elsewhere in the game feel almost as if they are actual servants of Garshasp's diametric opposite. In truth, they're just unfortunate flaws, existing to regularly remind you that you wasted both time and money when you invested in the disappointing adventure that unfolds in Garshasp: The Monster Slayer.
2/5

If you enjoyed this Garshasp: The Monster Slayer review, you're encouraged to discuss it with the author and with other members of the site's community. If you don't already have an HonestGamers account, you can sign up for one in a snap. Thank you for reading!

© 1998-2020 HonestGamers
None of the material contained within this site may be reproduced in any conceivable fashion without permission from the author(s) of said material. This site is not sponsored or endorsed by Nintendo, Sega, Sony, Microsoft, or any other such party. Garshasp: The Monster Slayer is a registered trademark of its copyright holder. This site makes no claim to Garshasp: The Monster Slayer, its characters, screenshots, artwork, music, or any intellectual property contained within. Opinions expressed on this site do not necessarily represent the opinion of site staff or sponsors. Staff and freelance reviews are typically written based on time spent with a retail review copy or review key for the game that is provided by its publisher.