Hero & Daughter+ is a total blast... until it breaks. For me, the first signs of trouble came after I had merrily invested around 12 hours into the campaign. I had viewed the closing credits a few times by that point, but new challenges kept presenting themselves and evolving the world in significant ways. I kept playing and I would be playing even now if not for the crashes.

The first time the game crashed, I didn't think a whole lot of it. My library page in Steam told me the game was "syncing," so I figured a forced update must have somehow interrupted things. Then I played for a few more hours and didn't have any further trouble. On subsequent nights, though, I noticed the crashes happening more frequently. They've now reached the point where I can't usually get through as much as a single dungeon run without hitting a crash, which is a problem for all sorts of reasons. Most especially, it's an issue because you can only save your progress back in town. 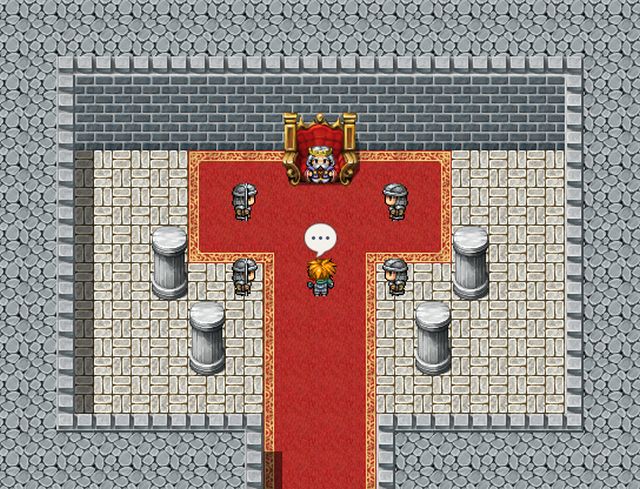 I've stopped playing Hero & Daughter+, but I wish the game didn't drive me away like it did. I wish I could keep going and continue having fun, the way I was before the technical issues grew unbearable. And no, they don't seem to be a symptom of my computer hardware, which is thoroughly capable. I checked on the game's official forums, and numerous other people are also encountering the same issue. Some folks swear that selling off excess inventory prevents the crashes, but for me and others, that doesn't actually do the trick.

So, what is the game like before those issues arise? That's worth talking about, too...

As the campaign begins, a hero named Ralph is standing in front of the king and a guard, in a castle throne room. The moment feels like the start to an early Dragon Quest games, except that Ralph is not feeling all that heroic. He has saved the world many, many times, and those past successes have gone to his head. But he's thirsty, so he chugs a glass of grape juice that the guard offers him. Just like that, his level drops to 1. The king gleefully informs him that it will remain there indefinitely, unless Ralph saves the day once more and regains a proper sense of perspective. 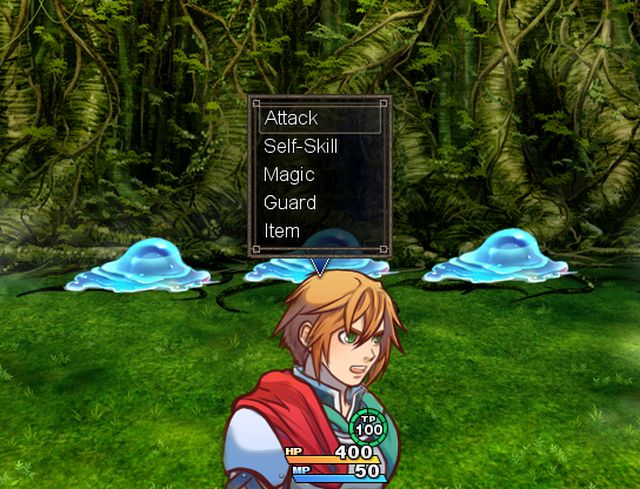 Stuck at level 1, Ralph angrily heads to the nearest dungeon and tries to defeat some basic slime monsters. They demolish him. He winds up back in town, at the local pub, patched up nicely except for his bruised ego. There, a perverted old man who Ralph christens the "Haremancer" allows the weakened hero to summon allies to his side. Those new arrivals don't face similar restrictions on their potential character growth. They are all girls, every last one of them.

Hero and Daughter+ works differently than most other RPGs do, because although you gain experience points with each victory, you don't see any immediate impact. Instead, you must boost Ralph's stats by having him dine at the local restaurant, or by using special items that can sometimes be found in dungeons or purchased from specialty shops as the campaign progresses. Experience points are useless to the hero himself, and so you must award them to those gorgeous allies, to help them gain levels more swiftly. Those companions also level up a fair bit on their own, when you rely on them in battle.

By carefully managing Ralph's growth, you'll find that he effectively gains levels even though the number remains stuck on that single loathsome digit. You can boost the usual attributes however you like, if you're prepared to devote enough time to the effort. As for Ralph's allies, they eventually number in the dozens, once you find and use enough summoning stones. The lovely ladies boast some fairly diverse skill sets, and you can also buy additional spells at a local shop, like in the first Final Fantasy game. Progression is quite manageable, then, and the road to heroism is a lot lengthier than it first appears. When you beat one challenge and think you've finally won the day, there's almost always a new threat just around the corner. 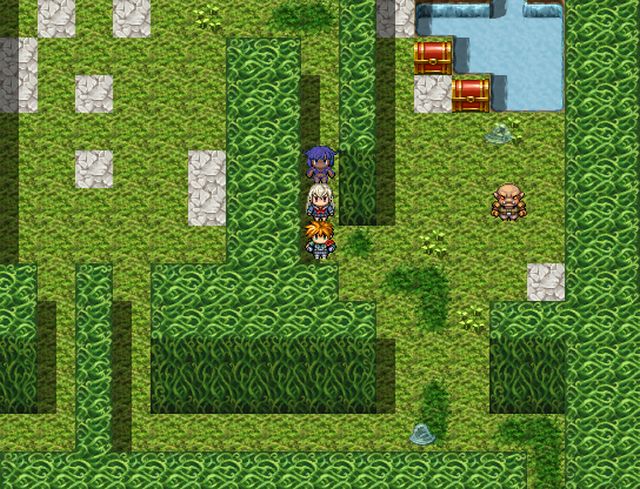 The more you play, the more wrinkles Hero and Daughters+ introduces. I put quite a few hours into the experience before first encountering the casino, for instance, where there's a whole puzzle mini-game that some people won't even see if they assume the first closing credits sequence really is the end. And there's a huge tower with thousands of floors and a bunch of monsters and potentially even gear that (as far as I can tell) you won't find anywhere else. Developers always take a risk when they follow such an approach, because players might not even realize how much good stuff they're missing. My advice to you, if you happen to play the game, is to let the Steam achievements keep you informed. They're basically mini-spoilers that let you know just how little you've actually accomplished.

One other interesting idea the game tries is town defense. Once you have built up your "harem" and have a lot of armed women staying back in town (since your party can consist only of four characters at once, including Ralph), you'll sometimes return to find that monsters invaded while you were off exploring. You'll get to face those beasts in combat, using a random four defenders, and there are experience and item rewards if you win. Besides that, the town "levels up" and its vendors may offer additional merchandise. This means that you have an incentive to continue improving every last character, especially since they need better equipment and higher levels to repel the invading hordes. 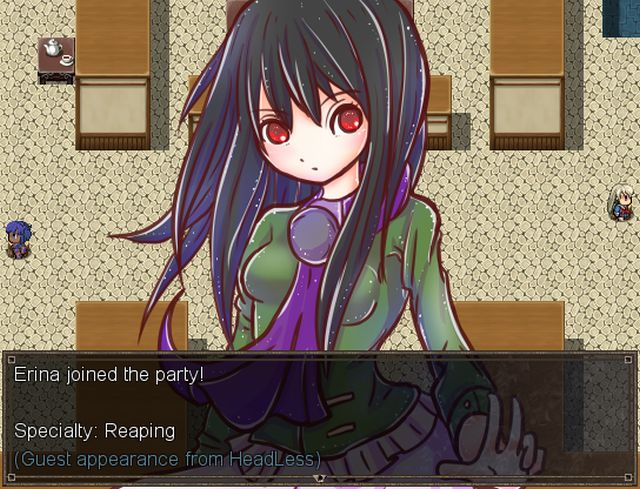 Each female character also has a distinct personality, which you'll come to know as you talk to her, level her up, and view random skits. Conversations are too brief to meaningfully produce well-rounded characters, but they do at least improve a given lady's affection for the bumbling hero. Gifts purchased at a local shop also help. Eventually, it's possible to take each member of your harem to the local hot springs for a sensual bath, and to see a near-nude character portrait. That also leads to new combat abilities. I'm sure it's supposed to be sexy fun, but a lot of portraits in the game feel (to me) rather amateurish, so some of the appeal is lost on me.

Ultimately, Hero and Daughter+ features a number of unconventional ideas, which the developers have pulled together to produce a surprisingly compelling game. I'd love to offer a stronger recommendation than I am here, because there's a load of content and most of it is very compelling indeed. The issue with game crashes is inexcusable, though, especially now that several weeks have passed since the title released. Those crashes ultimately forced me to stop playing the game well before I ever wanted to, some 20+ hours into the experience, and they might very well do the same thing to you.
3/5

If you enjoyed this Hero and Daughter+ review, you're encouraged to discuss it with the author and with other members of the site's community. If you don't already have an HonestGamers account, you can sign up for one in a snap. Thank you for reading!

© 1998-2020 HonestGamers
None of the material contained within this site may be reproduced in any conceivable fashion without permission from the author(s) of said material. This site is not sponsored or endorsed by Nintendo, Sega, Sony, Microsoft, or any other such party. Hero and Daughter+ is a registered trademark of its copyright holder. This site makes no claim to Hero and Daughter+, its characters, screenshots, artwork, music, or any intellectual property contained within. Opinions expressed on this site do not necessarily represent the opinion of site staff or sponsors. Staff and freelance reviews are typically written based on time spent with a retail review copy or review key for the game that is provided by its publisher.