After the success of Final Fantasy VII on the PlayStation, Square's writers became enamored with a surlier sort of hero. At the time I was transitioning from the free-spirited, idyllic life of a slacker college student to the mundane existence of a cubicle drone, so I welcomed the new breed of protagonist that wasn't in a rush to save the world from an evil empire or deity. Glowering grumps who communicated mostly with ellipses were more my style.

At least, they were until I played the company's newest turn-based strategy game, Front Mission 3. With that project, Square took the concept of a loner protagonist a bit far even for me. Good lord, is Kazuki a jerk! For too much of the campaign, he mostly interacts with fellow party members by screaming at them to get serious and start moving. His supposed best friend, Ryogo, apparently sticks around only because he enjoys setting off his thin-skinned pal. No one is safe from Kazuki's wrath. Not his teammates, not foreign dignitaries, and most definitely not his father. Yep. On top of everything else, the lad has daddy issues.

If you can tolerate the insufferable brat, though, you should be able to mostly enjoy a decent, though simplistic and flawed, strategy game that does several neat things. For starters, it offers two separate paths you can follow to its conclusion. At the very start, you make a choice about whether or not to accompany Ryogo as he completes a task. Answer one way and your sister, Alisa, gets kidnapped. You then embark on a world-spanning quest to rescue her, aided by a mysterious woman named Emma. If you answer the other way instead, though, you'll prevent your sister's capture but the pair of you become fugitives on the run and must prevent a super-weapon from falling into the wrong hands. 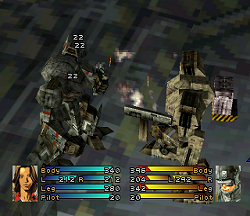 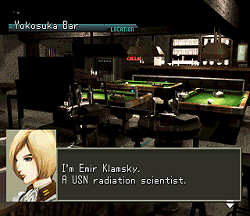 The two separate storylines are a neat idea, especially since many of the same characters appear throughout either plot, except in different roles. I cleared Emma's route in 1999, when the game originally released, and then I tackled Alisa's route this year. By that point I had forgotten the intricacies of Emma's plot, but I still recognized familiar characters.

Regardless of the plotline you follow, the game takes place in a future version of Earth, where countries have banded together to form super-groups. Kazuki and Ryogo are members of the JDF (basically just Japan), while Emma and her allies are USN (America and its allies). The DHZ (China) and the OCU (Oceania) also factor into the proceedings. Relations between the various groups are kinda/sorta peaceful, but the presence of the aforementioned super-weapon has the potential to end that. As you wander the world, you become embroiled in rebellions, first in the Philippines and then in China, before finally returning home to find that the main villains are (surprise) planning a coup. Your allies in one version of the campaign are your enemies in the other one. As I played through Alisa's story this time around, I found that several of my new teammates had been recurring villains on my previous run.

Another nice touch is the inclusion of an in-game Internet. It's quaint compared to what we know today, but still works about the same. Characters receive email and can scour sites for background info on their world, occasionally unlocking goodies in the process. It's a time sink that adds a lot of flavor to the game.

Sadly, the battle system doesn't rise to the same level. On the surface, conflicts are cool, since Kazuki and his teammates pilot giant mechs (known here as wanzers) and use various weapons to face off against other units, sometimes also including tanks and helicopters. Although you're typically outnumbered, since you can bring no more than four characters into battles and your enemies number six to eight, the balance isn't bad. There are a LOT of battles in the game, too. Emma's story contains around 70 of them, and there are another 60 or so in Alisa's, so it's good that they play out on a relatively small scale compared to the battles featured in other games.

My complaint is that strategy isn't given the appropriate emphasis. Luck plays a larger role than it really should. Wanzers are divided into four parts: the body, legs, left arm and right arm. You destroy legs to cripple movement, or an arm to disable the equipped weapon. Better yet, you can destroy the entire body and the enemy is a goner. Unfortunately, though, you have no say over what body part is targeted by your attacks. A shotgun blast hits all four segments (reasonably) evenly, but machine guns scatter damage more randomly and rockets, rifles and melee attacks connect with only one portion. Virtually any time you attack an enemy, you have an equal chance of effectively crippling its attack, ending its life or causing a lot of damage to an inessential body part. Destroying a wanzer's legs is a pyrrhic victory when your intended victim immediately responds by blasting off your rifle arm. 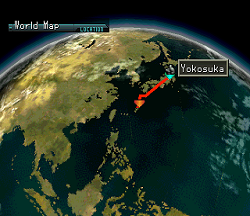 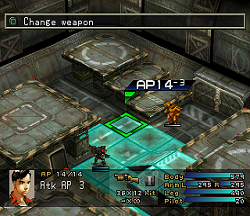 Attacks and defensive maneuvers can also activate special actions at random. You might receive a second attack, or enjoy improved accuracy and other such benefits. You never know when any of that will trigger, though. There's no system for gaining the game's equivalent of magic. You simply "save" a special action to your computer and hope that the next one to materialize does so at a convenient time.

I can't remember how things progressed in Emma's story, but I do know that as Alisa's story proceeded, the experience gradually grew rather annoying. I had a good time for around half my run, even though my grades for some fights were low (resulting in a lower payout, I believe). Cracks began to appear as I headed back to Japan for the end game, however. One fight played out on a long, narrow bridge where I was tasked with defending an NPC. There's not much strategy to the encounter. You simply have to rush the enemies and overwhelm them one by one. It took me three or four attempts before I realized that I needed to shut off the part of my brain that comes up with ideas and go with blind aggression instead.

A few fights later, I learned the importance of multiple save files (even though they take up two memory card slots apiece). The fight allows the player to either wipe out all enemies, or rush straight to one of two exit points. I chose to kill most of the foes, but left one enemy wanzer waiting on the far side of the area. He simply checked morale every turn but never surrendered. Rather than dealing with him, I headed for the nearest exit. That seems like a good idea, right? Hell, no! The next battle features an annoying gimmick where your accuracy is diminished by 40 percent. This makes fighting a lot more difficult, since you inflict very little damage and then get walloped by counterattacks.

Now, keep in mind that I mentioned two exits. The higher of the two offers a straight shot to an elevator that you can ride to quickly reach the accuracy-diminishing machine and disable it. There are a couple of foes and it's a tough battle, but still manageable. When I played, though, I instead took the lower exit and was forced to battle virtually every enemy before I could reach the machine. That's as close to a no-win situation as possible, given the accuracy handicap.

When Front Mission 3 first came out, I had a pretty good time with it. That initial enjoyment faded when I returned to the game more recently, however. The hero now came across as an even more annoying jerk and the battles seemed to reward good luck more than they did actual strategy. The plot is entertaining and the world is fully realized if you search the in-game Internet, plus there's a lot to be said for the quantity of total fights (even if they're not all that great). When I play a game like this, though, I want the battles to be the main selling point and not the weakest weak link
3/5

If you enjoyed this Front Mission 3 review, you're encouraged to discuss it with the author and with other members of the site's community. If you don't already have an HonestGamers account, you can sign up for one in a snap. Thank you for reading!

© 1998-2020 HonestGamers
None of the material contained within this site may be reproduced in any conceivable fashion without permission from the author(s) of said material. This site is not sponsored or endorsed by Nintendo, Sega, Sony, Microsoft, or any other such party. Front Mission 3 is a registered trademark of its copyright holder. This site makes no claim to Front Mission 3, its characters, screenshots, artwork, music, or any intellectual property contained within. Opinions expressed on this site do not necessarily represent the opinion of site staff or sponsors. Staff and freelance reviews are typically written based on time spent with a retail review copy or review key for the game that is provided by its publisher.