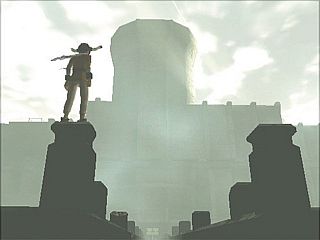 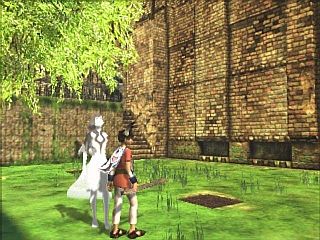 I don't deny that Ico is a terrific game, but I'm convinced that one of the reasons I hold it with such high regard is that I approached it like a homework assignment. There was recent outpouring of enthusiasm over Sony's announcement that The Last Guardian is indeed still a thing, following nearly a decade of frothing anticipation fueled entirely by the developer's good will. This awoke a curiosity in me. It's a team with only two games under its belt, and I never even liked Shadow of the Colossus (an uncommon opinion that a recent revisit only enforced).

I'd have thought that this would put Ico in a state of disadvantage. Whereas Shadow is still a unique title even to this day  given its popularity, I'm surprised it's not imitated more often  Ico's impact is everywhere. Any modern release that owes its success to minimalistic storytelling, an escort system or just the general theme of placing a small, innocent protagonist at odds with a big, imposing world probably has Ico to thank for something; even without having played it in full until now, I've noted its influence in some of my favorite games of the last several generations. So surely 14 years has been enough time for the industry to eclipse Ico, right?

Amazingly, no. Even after a decade and a half, Ico remains a benchmark of interactive narrative, and you can trust me on that, since I'd never played it until now.

The basic plot of Ico is such widespread knowledge that I knew how it ended a good decade before I saw the ending myself. A young boy named Ico, who has sprouted horns and therefore viewed by fantastical society as some sort of devilish entity, has been locked inside an ancient castle in some sort of ritual sacrifice. Aside from a few stray flocks of birds, the only other living thing inside the fortress's walls is a girl named Yorda, who's also being held prisoner, albeit for reasons not immediately apparent, since she doesn't speak a recognizable language. The two pair up to escape the castle, and either they do or they don't, and that's largely the extent of the narrative arc. Like I said, I was already familiar with it long before I experienced it myself.

What I didn't realize was how much of Ico's story is conveyed exclusively through mechanics and the in-game interactions between the two leads. After the three central characters are established (there's also an evil lady who's intent on preventing Yorda's escape), there are almost no cutscenes or dialog until the grand finale. Since Ico and Yorda don't speak the same language, excessive conversation between the two of them would be meaningless; their verbal interactions consist of shouting for one another's attention and little else. Yet the entire emotional thrust of Ico's climax is only effective with a strong bond between the game's two leads. How can that be established when there's so little on the surface?

The truth behind Ico's success is that we don't need copious exposition and jibber-jabber to understand that these two characters need one another. On a practical level, Ico's prowess with a big stick protects Yorda from the shadowy monsters that want to abduct her, while Yorda herself has the power to dispel magical doors that would otherwise be impassible. So outwitting the castle's mechanisms is a two-person job. In a broader sense, both are small, vulnerable figures often contrasted against the towering, menacing frame of the castle itself. Confronting a cold, sinister world such as this one is easier when there's a friendly face accompanying you. The only other speaking roles in the game are the evil queen and the soldiers who imprison Ico, so as far as we're concerned, in this universe, no one else is on this pair's side. They only have each other. 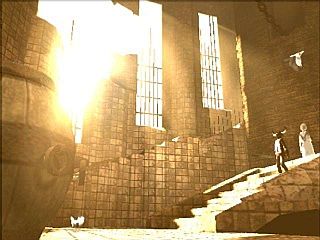 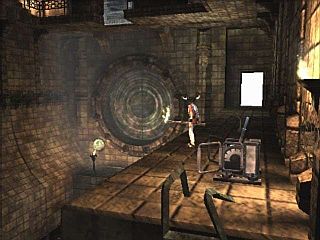 This minimalistic approach is a bit more common today than it was in 2001, but it's no less effective. When Ico and Yorda inevitably become separated at a key point late in the game, there's a moment, conveyed while the player has full control, when Ico has the opportunity to escape the castle for good should he simply choose to leave Yorda behind. I don't know what happens if you do that, because the thought never even occurred to me at the time. Of course I'm going back for Yorda. I wouldn't be here without her.

I recognize the influences of Ico in many more contemporary games that I adore, from Brothers: A Tale of Two Sons to Limbo. The title I'm most reminded of, however, is Prince of Persia: The Sands of Time. Both games feature a male protagonist escorting a female costar through a majestic, haunted castle. Both games have their respective pairs outmaneuvering ancient security mechanisms and massive machinery, often via platforming. Both games are stunningly beautiful in ways that will never diminish, with dramatic camera angles frequently underlining the scope and persistence of these gargantuan environments. And both games occasionally devolve into clunky, unwanted combat exercises that threaten to sink the entire operation.

Indeed, it's the button-mashy combat that serves as Ico's one major flaw, though I hasten to add that it's never the primary focus of the game so much as an occasional nuisance. I understand the intention behind it  Ico himself can't take damage, so his primary role in battle is to protect Yorda from being abducted, which further strengthens the bond between them. But the combat is so simplistic that the few instances when things really heat up become tedious. One prolonged fight during Ico's finale was just a step too far for me.

Thankfully, Ico spends most of its time engaging in quieter interactions between Ico, Yorda and the big, nasty castle they're trapped in. While the art direction could carry the game in and of itself, there's a practicality and sense of purpose in the way Ico's environments fit together than raises them to a level higher mere garnish. When you come across a windmill, you can bet you'll be climbing it and engaging in a rather terrifying platforming exercise that involves dangling from its spinning blades. When your travels bring you to a water tower, you need to find a way to knock it down and cross it like a bridge. When you reach some of the higher areas of the castle, you can look down and see places you've been, lending a Metroid-like sense of interwovenness to this world.

Truth be told, Ico is so good at merging story and gameplay that I don't even consider them separate entities or attempt to measure where one ends and the other begins. That's something I applaud even by today's standards, so I can't even imagine how I'd have reacted to this thing a whole decade and a half ago. Shame it took me so long to play it for myself, but I'm happy to now count myself among those who think that The Last Guardian might just be extraordinary. If it's anything like Ico, that's not hard to imagine.

If you enjoyed this ICO review, you're encouraged to discuss it with the author and with other members of the site's community. If you don't already have an HonestGamers account, you can sign up for one in a snap. Thank you for reading!

© 1998-2020 HonestGamers
None of the material contained within this site may be reproduced in any conceivable fashion without permission from the author(s) of said material. This site is not sponsored or endorsed by Nintendo, Sega, Sony, Microsoft, or any other such party. ICO is a registered trademark of its copyright holder. This site makes no claim to ICO, its characters, screenshots, artwork, music, or any intellectual property contained within. Opinions expressed on this site do not necessarily represent the opinion of site staff or sponsors. Staff and freelance reviews are typically written based on time spent with a retail review copy or review key for the game that is provided by its publisher.