I came to a renewed interest in the Looney Tunes property recently, rewatching many of the classics and even reading the autobiography of director Chuck Jones. (Did you know that Daffy Duck's speech impediment was a shot at the Warner cartoon division's boss, a man that the creative staff deeply hated?) I even tried to get through Brendan Fraser in Looney Tunes: Back in Action, but couldn't quite make it. On a lark I searched the Google Play store and found Dash, firing it up and expecting the worst.

Well, the good news is this: it's a perfectly acceptable time waster. You're Bugs Bunny, or the Road Runner or what have you, and you run along collecting items that you need to complete the level before track runs out. All the while, you're chased by whichever character is appropriate, say Elmer Fudd or Wile E. Coyote. Hit obstacles, and they will catch up and you'll lose. You can move along the track in three lanes which you change by swiping, and you can swipe up or down to jump or slide as well. I play it for 3-10 minutes at a time, usually on my phone between the classes I teach or while I ride the bus. I also play it on my tablet when I get home in the evenings now and then, on which it runs much smoother and looks great.

Sure, there are annoying interruptions. Every time I lose, the game asks me to buy fake money with real money to purchase the ability to continue from where I failed. I always ignore this and restart the level entirely (they're short anyway.) If I die enough times the game will make me wait five minutes or so to play again at all, unless I want to pay. I don't have an issue with either of these requests, since I have fond memories of shoving quarters in arcade machines and don't recall any of them ever offering me a free play, or telling me to come back later and play for free. More annoying are the ads that pop up between levels, for everything from Zynga's newest Farmville spinoff to the latest in Korean beauty products (at least, I think that's what they're selling.) One can quickly dismiss these and move on, but I really don't care for it.

The most serious problem I have is the lack of a complete option. The business model for this sort of thing remains that of the arcade machine despite being on home (or, more accurately, mobile) devices. After playing as much as I have, I would gladly pay $5 or perhaps even $10 for an unlocked game that had a regular lives system and didn't hit me with ads. But Zynga is greedier than that. They offer players the chance to buy tremendous amounts of in game money for more than one would pay for a physical copy of a new retail release on a console. Even if one purchases that, if you play all day, which you must be if you thought it was worth it to buy that much credit, you're going to eventually need to pay again. 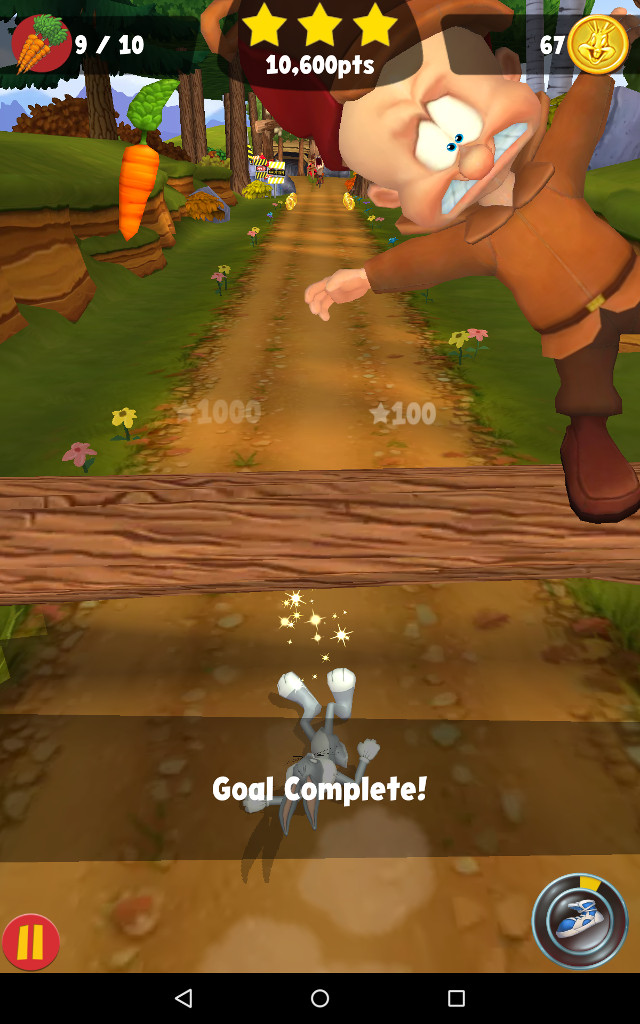 There's something deeply sinister about this method of making money. It targets a very, very small percentage of obsessive players while most of us will spend nothing, or maybe $.99 once in a great while. It's true that you could say something similar about arcade machines, but I feel that they offered a better, more exciting experience in a lot of ways. I'm not a great player by any means, but if memory serves I was able to complete one of the Time Crisis titles with a buddy for somewhere between $20-$30 worth of quarters. To master the game I would have needed to spend a lot more money and time, but if I were that serious about it I would have bought the home version. The player of a Zynga game has no such options. Maybe it's a throwback to the arcade generations that were before my time, which demanded a fortune in quarters for a player to ramp up their skill level in games that remain some of the most difficult ever created, but it still feels more off to me than that. I really don't like it.

Ethical concerns aside, 99% of us won't spend a dime on this game, and if you're like me and are just looking to kill a few minutes here and there you're likely to achieve that goal. Of course, becoming a casual scum mobile gamer who can't keep his eyes open long enough to get through a Tomb Raider level anymore is something of an existential crisis for me as a gamer, but I guess that's the cost of being busy. Honestly, I'm glad to see that gaming is alive and well among men, women and children with mobile devices and a few minutes to spare. Although I've only used casual as an epithet in a tongue in cheek way before, I doubt I will even do that now. I also want to note that F2P mobile games are a dime a dozen, and I've only played a very few, so if you're not into the license you might not want to bother with this one. If you're like me, and have a chuckle at seeing Bugs and the gang running around again, go in with tempered expectations and you won't be disappointed. I did, and ultimately, I'm glad.
3/5

If you enjoyed this Looney Tunes Dash! review, you're encouraged to discuss it with the author and with other members of the site's community. If you don't already have an HonestGamers account, you can sign up for one in a snap. Thank you for reading!

© 1998-2020 HonestGamers
None of the material contained within this site may be reproduced in any conceivable fashion without permission from the author(s) of said material. This site is not sponsored or endorsed by Nintendo, Sega, Sony, Microsoft, or any other such party. Looney Tunes Dash! is a registered trademark of its copyright holder. This site makes no claim to Looney Tunes Dash!, its characters, screenshots, artwork, music, or any intellectual property contained within. Opinions expressed on this site do not necessarily represent the opinion of site staff or sponsors. Staff and freelance reviews are typically written based on time spent with a retail review copy or review key for the game that is provided by its publisher.