ALLTYNEX Second is ridiculously cool. The second stage has you fly into the outer reaches of a planet to take on a massive space station that, rather than serve as a simple boss fight, encompasses the entire level. The very first thing it does is fire every single missile it has at your craft, littering the screen with lock-on icons you need to weave about like a madman to avoid. You close in on the station, fighting off platoons of fighters it launches to try and slow you down before you draw in close to what seems an important part of the structure. It releases a metallic snake because of course it does; theyve been a genre norm since R-Type and nobodys willing to break that particular trend. The snake writhes and slithers around the screen, continuously coiling around you, firing heavy bolts of laser from each segment of its torso. In your efforts to survive, you probably wont notice whats happening at first. The section of the station you were attacking opens up to reveal a rotating axel of massive plasma cannons that fire in non-stop carousel blasts, coating the screen in glowy blue doom. The only way to avoid them is to cloak yourself inside the coils of the snake, turning a hostile into an impromptu shield, while you plug away at the cannons in turn. The snake doesnt much care for this; its still quite keen to kill you.

The creativity of many of ALLTYNEX Seconds boss fights or standalone set pieces still amaze me in how innovative or brave they are. Manage to outwit the snake and destroy that section of the station from the safe confines of his looping belly and you eventually come to the eye of the fortress; a huge orbital laser. If you let it fire, you die. It cant be dodged; it fills the entire screen. And were not talking lose-a-life-and-carry-on die. Were talking game over. Regardless of how many lives you have in stock. Regardless of how many credits you have remaining. The orbital death ray doesnt care  it obliterates all those things. Youre dead. Start again and take it down quicker next time. 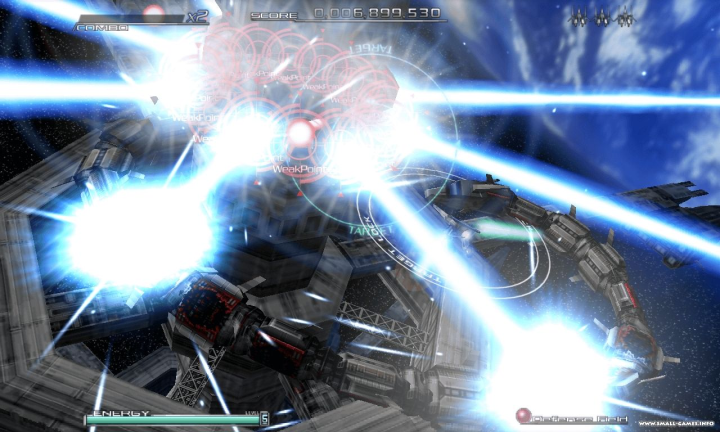 The best way to do this is shoot down a corridor in the swarm of defending craft then get up close and slash the hell out of it with your plasma swords. Because if there wasnt enough already going on, ALLTYNEX Second takes the time to affix huge energy blades to your ship that you can swap for your normal offense on the fly. The blades can make short work of medium sized targets and also hold the ability to scythe through most projectiles, but work at a much shorter range. Oh, and if you hit your homing beam attack, it instead bellows out a huge stream of laser.

Ive just realised Ive not gotten around to talking about the homing attack.

Theres a constantly filling gauge at the bottom of the screen. You can ignore this and let it fill -- in return, it will slowly upgrade your primary laser barrage, giving it a little more kick and offering it further spread. You could do that, or you could drain it by firing bursts of homing laser from the rear of your fighter that streak across the screen and blast chunks out of the nearest threat. Killing things in such pedestrian fashions briefly adds to your combo meter; work that up to a decent number then slash something down with your blades to rack up multipliers, and marvel as your score skyrockets. 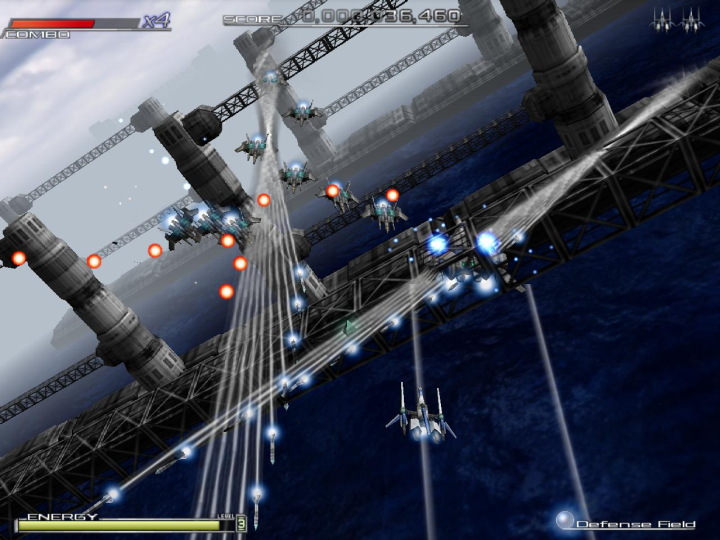 Its the most complete scoring system Siter Skains trilogy of fantastic doujin shooters has yet to employ. Borrowing from RefleX, it also adds to your pool of continues with each playthrough you attempt, meaning that by the time you have the resources to credit-feed your way through to completion, youre going to own enough hours to be good enough not to. Unlike RefleX and KAMUI, though, ALLTYNEX Second shies away from sprite-based artwork and takes the leap into 3D models, which allows it a new angle on cinematics. Each stage links seamlessly into each other while the camera rolls perspectives and offers new angles. But it shares more similarities with its two predecessors than it has differences.

Theres a running duality to all of Siters games. KAMUI asks you to dance between twin layers while RefleX has you constantly switch between offense and defence to reflect projectiles back at your enemy. ALLTYNEXs catch is figuring out whether youre going to play safe and shoot down things from the edge of the screen or charge in swinging. Be brave, be good or be lucky and boss fights can last seconds as you position yourself in a manufactured safe-spot right in front of their face and hack away. Theres something so satisfying about watching an enemy fighter craft quadruple in size by firing robotic tentacles that latch massive frigates to its sides only to then get effortlessly slashed into scrap regardless. In finding yourself trapped in a corner and realising you can just slice the smaller bullets out of the air and squeeze through the projectile wall unscathed. 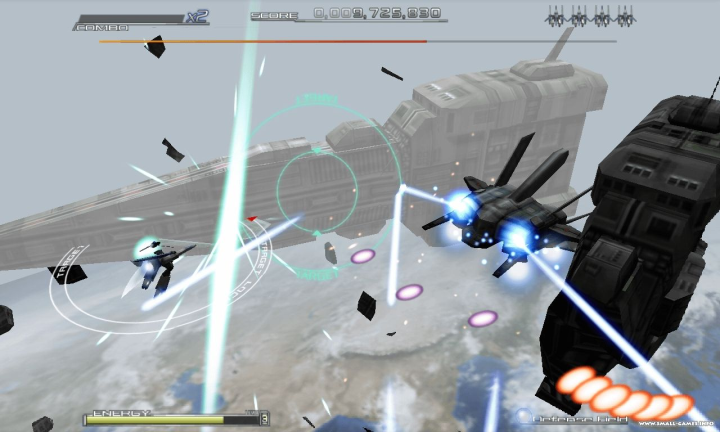 Siter Skain make fantastic scrolling shooters; this is old news for some but their little homebrew master-classes are now freely available outside of Japan. You should pick them all up if you have even a passing interesting in shoot-em-ups; you really should. But if you have to settle for just the one, make it ALLTYNEX Second. Its just so ridiculously cool.

If you enjoyed this ALLTYNEX Second review, you're encouraged to discuss it with the author and with other members of the site's community. If you don't already have an HonestGamers account, you can sign up for one in a snap. Thank you for reading!

© 1998-2020 HonestGamers
None of the material contained within this site may be reproduced in any conceivable fashion without permission from the author(s) of said material. This site is not sponsored or endorsed by Nintendo, Sega, Sony, Microsoft, or any other such party. ALLTYNEX Second is a registered trademark of its copyright holder. This site makes no claim to ALLTYNEX Second, its characters, screenshots, artwork, music, or any intellectual property contained within. Opinions expressed on this site do not necessarily represent the opinion of site staff or sponsors. Staff and freelance reviews are typically written based on time spent with a retail review copy or review key for the game that is provided by its publisher.