The Yawhg is, in a lot of way, kind of irrelevantly wonderful. Its an open ended-choose-your-own-adventure where you take responsibility for up to four peoples lives. The catch here is that theres only six weeks before an unspecified catastrophe befalls them and, whereas you are very aware its just around the corner, they arent. Therefore, you have to spend your first six weeks together trying to prepare them for disaster whilst they just get on with their lives. You might feel it worthwhile to send them into the slums to fight crime, have them swat up on their mystic skills in the Magic Tower, or just get wrecked at the tavern while they have the chance. You can have them graft in the hospital, chill in the arena or flounce around at fancy parties at the palace.

In running multiple protagonists (a minimum of two is required) youll see characters circumstances often bleeding into each other. Do some midwifing at the hospital, and you might be unfortunate enough to help birth a hideous demon child who someone hanging out at the arena might later encounter swooping down from the skies and melting a combatant or two. Released a few magical leaches due to a bout of carelessness? They could turn up later in the palaces fountains. 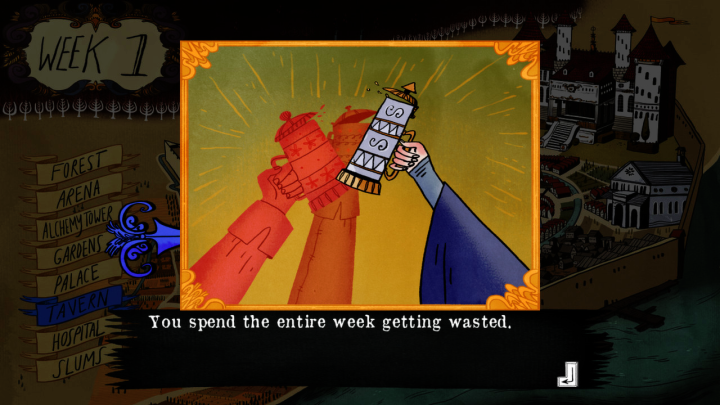 Between these overlapping branches, youre given relative freedom to whittle away your characters remaining time. You could bolster their stats preparing for the cataclysm, or just reveal in their innocent ignorance. I sent my first character into the slums to battle criminals, wanting her to be a force of justice and strength in the new world. But she was bitten by a vampire and saw all her accumulated muscle waste away. Her role in the after-event was sadly made obsolete as she obsessed over hunting down and slaying her undead master. Another character toiled in the woods, but was casually mauled by a passing wolf, and permanently destroyed the location he was visiting at the next full moon. Someone who I forced to nerd up on magic studies to provide magical aid decided instead to teleport himself to an alternative dimension where he was saddened to find the only difference was that the inhabitants eyes were slightly smaller than his.

There are further examples to offer, but I best err on the side of frugal because, sadly, these instances quickly start to repeat. Each playthrough will only last about ten minutes or so and youll only be a handful of replays in before you start noticing events repeat themselves. Youll find this less so with the many available conclusions, but the options during the six weeks leading up to the disaster where you define your character quickly exhaust themselves. Playing on your own is also somewhat anticlimactic, and the tales are clearly meant to unfold within a group of people each controlling a character of their own. Play solo, and the need to walk through multiple people at once robs you of the chance to really bond with your protagonists toils, but multiplayer options are local only. Theres something to be said about playing the game socially with like-minded folk, but its a hard game to successfully suggest to normal multiplayer groups. 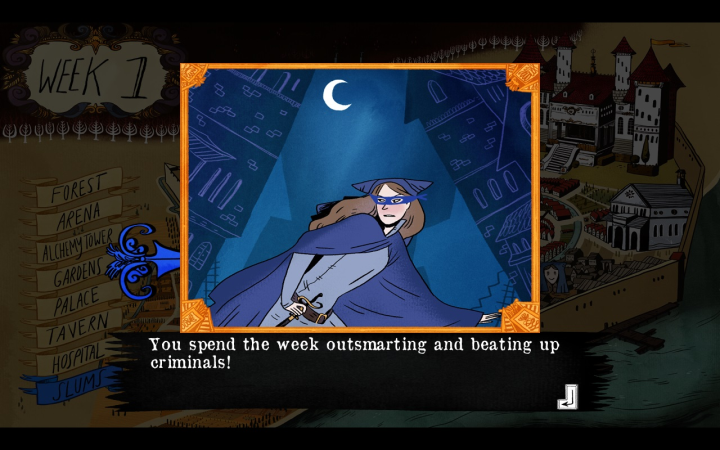 Because of this, the kind of tainted fairy-tale spectacle The Yawhg promotes sadly fades all too soon, despite the whimsically strong writing and the playful art that often hints at a slightly darker edge. For all its subtle melancholy and inventive storytelling, theres only a small window of time when all these things mesh together to create something special. After that, its more about rediscovery and rehashing in the futile hopes that relevance can be discovered by combining the old and worn.
2.5/5

If you enjoyed this The Yawhg review, you're encouraged to discuss it with the author and with other members of the site's community. If you don't already have an HonestGamers account, you can sign up for one in a snap. Thank you for reading!

© 1998-2021 HonestGamers
None of the material contained within this site may be reproduced in any conceivable fashion without permission from the author(s) of said material. This site is not sponsored or endorsed by Nintendo, Sega, Sony, Microsoft, or any other such party. The Yawhg is a registered trademark of its copyright holder. This site makes no claim to The Yawhg, its characters, screenshots, artwork, music, or any intellectual property contained within. Opinions expressed on this site do not necessarily represent the opinion of site staff or sponsors. Staff and freelance reviews are typically written based on time spent with a retail review copy or review key for the game that is provided by its publisher.