PREVIOUSLY, ON THE WALKING DEAD

Episode 3 concluded on what felt like two very important choices. The final choice dealt with a dire short term issue; a friend finds themselves in a struggle with a walker, and, frankly, whatever you choose to do, it isnt going to end well for anyone. You did what you thought was best in the few seconds you had to make a choice, and the first couple of chapters of Episode 4 deals with the fallout. People are lost, tempers are frayed and minds threaten to break. Theres a kind of desperate scramble to regain some sense of normality and to salvage a sense of safety thats never going to last. Its a good way to transition between the chapters; to start slowly dialing back your sense of hopelessness -- but its a comparative bump on the road. Circumstances will tell, and whats left of the group will have to move on. 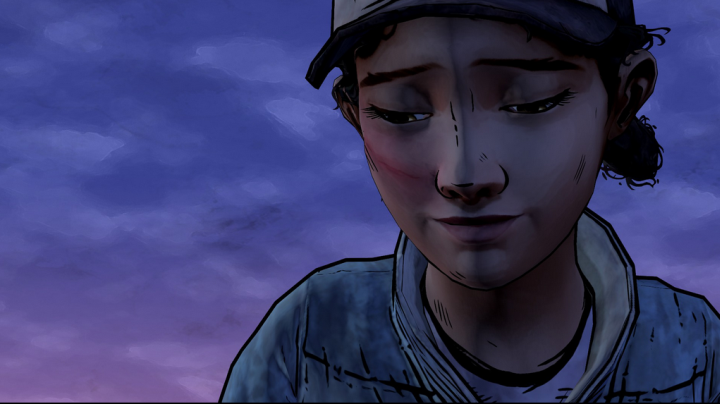 The choice that preceded this dealt with Clementines simmering sense of retribution, and offered players a huge choice in how to balance her rage with her humanity. Telltale has thoroughly robbed her of any and all childlike innocence, but do seemingly leave it to you to muddle through all the other grey areas of her survival. Who she helps or condemns, what she risks and why have all been placed in your hands, and when bloody revenge is presented, she cant (and wont) stop the shit from hitting the fan -- but she can decide how much of a part of it she becomes. It feels like a huge pivotal moment on who you want Clementine to ultimately be, juxtaposing her sense of outrage with her morality. It could be the point where you finally tip her over the edge, and she starts to become an unfeeling monster. It could be the point where the horrors of the world shes forced to survive in finally push her past the line.

Amid the Ruins does exactly nothing to build upon such a pivotal feeling moment. Aside from one angry, throwaway exchange with a fellow survivor, its not referenced again.

A lot of this is down to penultimate chapter syndrome, where episodic games traditionally start bullrushing through things to try to tie all the threads together ready for the big finale. As such, Episode 4 goes at the surviving cast like a maniac, thinning their numbers out in a series of deaths that register so little emotional reaction from player or cast, it makes you wonder if youve just hardened to the world or if youre just not as attached to the people involved as Telltale might have hoped you would be by now. Perhaps some of this is because the new seasons episodes have been purposefully shortened. Season One made a point of holing your group of survivors up at points, and allowing Lee the chance to spend time amongst them, allowing them to develop beyond tropes and stereotypes. Doug was a weird nerd, but he surprised people with bursts of bravery; other people openly liked him and taking the time to establish that make him instantly more accessible. On the other hand, Larry was an unlikeable prick, and the series went out of its way to ensure you disliked him from the start. But he had his defenders among the group, and slowly bleeds sympathy for his hardarse actions. 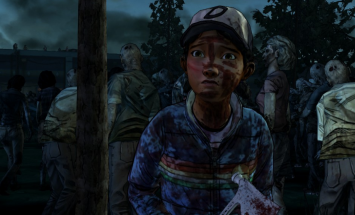 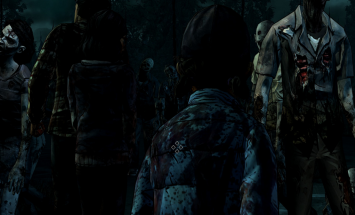 Season 2s cast are afforded no such time to develop, but that doesnt become obvious until this chapter, because theyre rushed from one disaster to the next , and you simply dont need to care about them; you just have to survive and drag as many people to safety as you can. Youve lost people up to this point before, but, until now, their deaths have been wrapped up in greater meaning. They sacrificed for the group and they sort of earn their stripes posthumously. For the first time this season, some of the deaths in Amid the Ruins deny the characters that sense of grizzly nobility and youre asked to care for the sake of caring. I didnt. Perhaps Im just a bit of a jerk; Im certainly called worse on a daily basis, but that would taint the entire remaining Season Two cast under the same blight. The loss of life-long friends is expressed with a shake of the head better suited for that time someone moved your car keys and youre already running late. Deaths that should shake the group to the core resister striking indifference and are never referred to again.

Amid the Ruins is little more than a linear checklist of things that need to happen before the end of the season is presented, and woe betide anyone who tries to deny it this. Anyone brave enough to peek behind the veneer of the series constant choices know that theyre only really cosmetic in nature, but they do conspire into letting you think youre making a difference. You can share in the highs because your decisions helped shape it; you can feel like shit when everything goes wrong, because one of the calls youve made has come back to haunt you. For the first time yet, Episode 4 makes it perfectly clear that no matter when you do, it doesnt matter. The pivotal choices scattered through the episode all boil down to the exact same thing without any real differences throughout. Be noble or be cruel; attack or panic; follow or rebel. It means nothing. 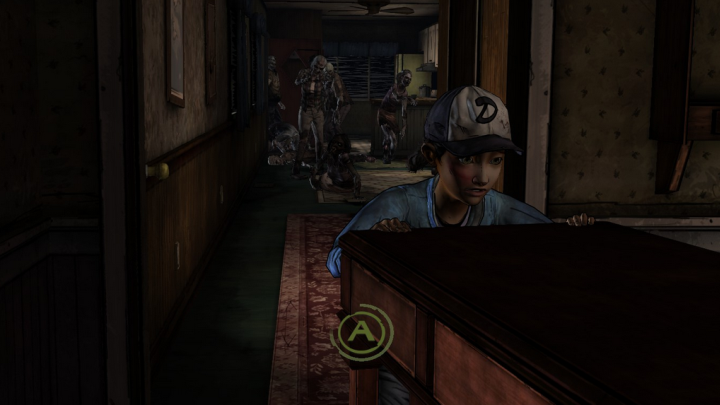 The Walking Deads freedom of choice has always been an illusion of sorts, but its always cared enough to at least try to sell you the lie. The blasé attitude displayed in Amid the Ruins simply lacks the pre-established depth to fall back on when it decides to only make things happen lackadaisically in the now. A strong finale will undoubtedly help plaster over these issues which only really exist in order to set up a strong finale. But this doesnt stop the newest episode from being a stand alone disappointment.

If you enjoyed this The Walking Dead: Season 2.4 - Amid The Ruins review, you're encouraged to discuss it with the author and with other members of the site's community. If you don't already have an HonestGamers account, you can sign up for one in a snap. Thank you for reading!

© 1998-2021 HonestGamers
None of the material contained within this site may be reproduced in any conceivable fashion without permission from the author(s) of said material. This site is not sponsored or endorsed by Nintendo, Sega, Sony, Microsoft, or any other such party. The Walking Dead: Season 2.4 - Amid The Ruins is a registered trademark of its copyright holder. This site makes no claim to The Walking Dead: Season 2.4 - Amid The Ruins, its characters, screenshots, artwork, music, or any intellectual property contained within. Opinions expressed on this site do not necessarily represent the opinion of site staff or sponsors. Staff and freelance reviews are typically written based on time spent with a retail review copy or review key for the game that is provided by its publisher.