PREVIOUSLY, ON THE WALKING DEAD

Since inheriting the lead character role from the previous season of Telltales episodic misery simulators, Clementine has been put through the emotional and physical wringer. Periodically, the games have let slip little slivers of joy as to further our suffering when the obligatory shit hits the fan. Thing is, you keep falling for it because youre already invested in the cast, and the harm you know is coming their way is something you desperately want to avoid. Sometimes, you can. Sometimes, you can make the best of an awful situation, and slightly cushion the horrors that befall you. You can pick yourself up by thinking that you have some measure of control. That things could have been so much worse if you had not been able to steer the outcome a slightly different way. Maybe you could survive on those pinpricks of light amidst the gloom. Those days are gone. 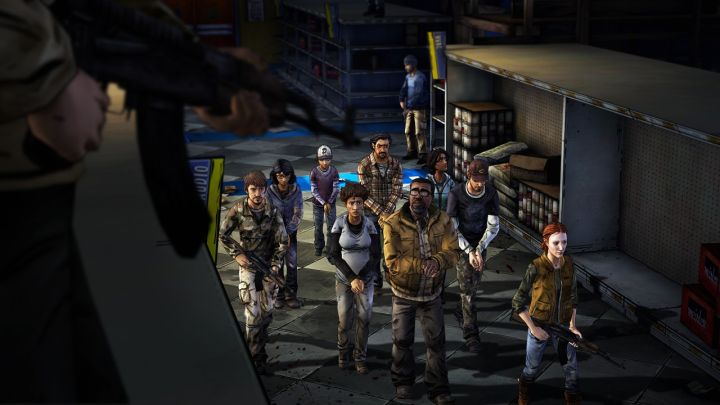 Episode 3: In Harms Way imprisons your cast under the watchful eye of a madman then impresses upon you the drastic need to escape. You find most of the experience undertaken beneath armed guard, under heavy suspicion and with nowhere to go. Dialogue options you would normal feel free to enjoy are dissuaded by that angry guy over there with the assault rifle. Basic exploration is limited by ten feet steel fences and sentries on the roof. Options you started your adventure with in the very first episode to try and undercut foreign brutality by looking meek and acting like a scared little girl are exhausted -- they will no longer fly. Bill Carver thinks he has you sussed.

Carver, voiced by Michael Madsen with a mild case of Batman Voice, stole the show last episode with the most nerve-racking scene Telltale have yet to come up with, and continues to shine on here. Theres more than a little of the main franchises dual takes on The Governor about him, in that when he talks about keeping the people under his care safe, he honestly sounds like he means it. Then he starts talking about Darwinism, and thinning out the weak from the herd for the sake of the many; then he insists on moments of flash violence carried out by the unwilling at gunpoint. But hes never turned into the complete monster; he shows moments of almost sympathetic understanding, or lurking regret behind some of his actions. By my choice, after he told my Clem that she was more like him than anyone else, I told him I wished he had died while trying to take the group by force and steeled myself for unhinged retribution. He genuinely smiled, used the braveness of admitting such a blunt bubble of honestly to prove his point, then sent me away with a lot more to think about than I had bargained for. 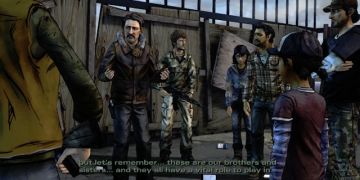 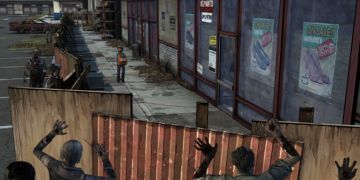 I didnt have a lot of time to reflect on this; Things escalate with amazing speed in In Harms Way.

Theres a point in the adventure when Clementine has the chance to respond to the groups wishes of her undertaking a dangerous chore with weary resignation, asking why is it always me? that perfectly undercuts just how much her role has changed since the original season. There, she undertook even the slightest hint of danger only when all other avenues have been exhausted, but now, shes the first -- and, often, only -- option explored. Obviously, some of this is, if you decide to peek behind the curtain, to ensure that the game is always centred where the action is, but Clems constant evolving into the most reliable member of the group is constantly at the forefront. Some of the others mean well, but always manage to screw it up when it matters; some of them are showing early signs of letting the bleak horror of the world they live in seep into their mind. Some of them are plain worthless. Despite being slightly older then Clementine, Sarah is a perfect example of the girl Clem could have been had you not worked so hard to prevent it -- shes sheltered, naïve and coddled from reality by a father who truly believes he is doing the right thing to protect her. She gets people in trouble because she doesnt understand how the world works now. She alienates others because they all know shes going to get someone killed. 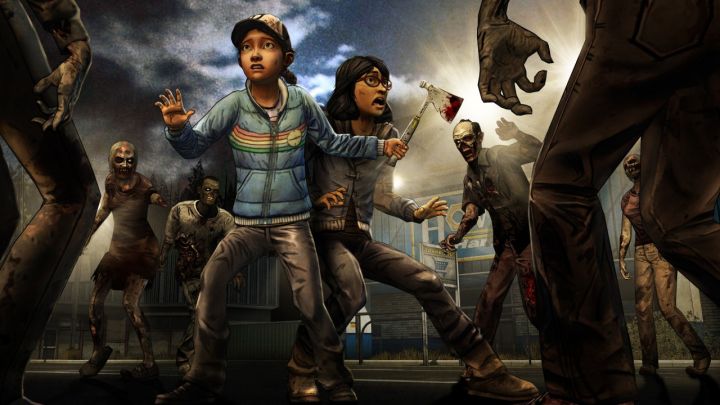 You can chose to try and nudge Sarah in the right direction, to lambaste her inadequacies, or to simply let her blunder along and suffer the consequences of her actions. You can kowtow under Carvers oppressive reign, or spit defence at every opportunity and deal with the backlash. You can place trust in Bonnie, fresh from the last episode and seen previously in the 400 days DLC from the previous games (and be undoubtedly annoyed at the micro cameos the rest of that games cast exist within) or she can just be another one of the oppressors. You can try to make those pinpricks to spill some light amongst the gloom, or you can hunker down and prepare for the worst.

You will want to watch parts of In Harms Way through your fingers. It limits your freedom and forces you through atrocities that cannot be avoided or cleanly justified. They are things that need to happen, and youll just have to do them, but this does not make them easy, nor does it blunt the consequences that will follow. There will be gain, the group will move forward, but perhaps, in this instance, the cost is finally too high.

If you enjoyed this The Walking Dead: Season 2.3 - In Harm's Way review, you're encouraged to discuss it with the author and with other members of the site's community. If you don't already have an HonestGamers account, you can sign up for one in a snap. Thank you for reading!

© 1998-2021 HonestGamers
None of the material contained within this site may be reproduced in any conceivable fashion without permission from the author(s) of said material. This site is not sponsored or endorsed by Nintendo, Sega, Sony, Microsoft, or any other such party. The Walking Dead: Season 2.3 - In Harm's Way is a registered trademark of its copyright holder. This site makes no claim to The Walking Dead: Season 2.3 - In Harm's Way, its characters, screenshots, artwork, music, or any intellectual property contained within. Opinions expressed on this site do not necessarily represent the opinion of site staff or sponsors. Staff and freelance reviews are typically written based on time spent with a retail review copy or review key for the game that is provided by its publisher.