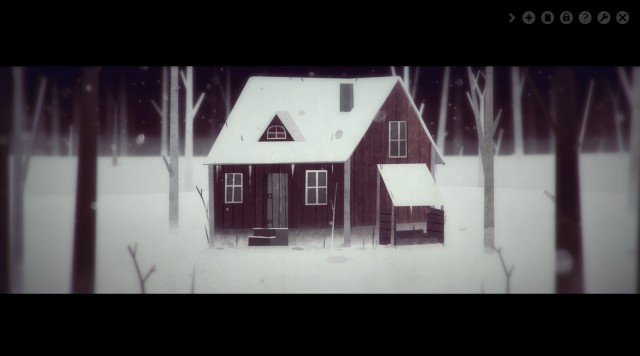 It's an omen to me anytime a point-and-click adventure title includes an in-game hint system that blatantly gives you the solution to every puzzle. To my mind, it means that either the developers were worried that the puzzles would be too obtuse, which is not good, or that they're beside the point, which is also not good.

Case in point, Year Walk is an "atmospheric" indie adventure game with trace elements of horror and some striking 2D imagery, because if we can consistently rely on indie releases for one thing, it's striking 2D imagery. The story it tells is simple, and had the main character's journey been depicted without arbitrary obstructions, Year Walk would have lasted about five minutes. Year Walk is an hour long, and it's problematic when an hour-long game feels padded by a factor of 20.

The story revolves around a man carrying out the titular Swedish tradition, wherein, from what I can gather from the game's intro, he retreats to a secluded area of the woods, stays overnight and is haunted by possible visions of the future. After speaking with the game's only NPC, your only actual objective is to reach a church that's clearly marked on your map. Actually entering the church involves roughly an hour's worth of fetching, note-taking and pattern-memorizing, much of it without explanation. Why did this horse in the lake steal my key? Why won't he give it back unless I track down four wriggling spirits? Why do I need to run circles around the church just to get the doors to open?

Most of the puzzles are just tired, unimaginative exercises in memorization and code-breaking, artificially lengthened by having to run back and forth through the forest searching for vital clues. That they're no fun to solve is a problem; that they exist for the sole purpose of getting in your way makes the problem worse. The majority of Year Walk lacks either entertainment value or context. It's busy work. 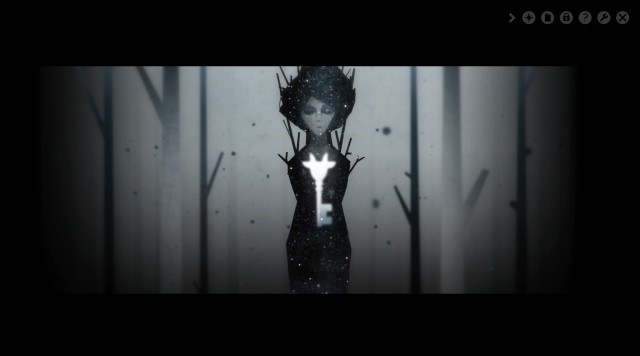 I recently played a Steam release called 9.03m, a one-dollar title that acts as a tribute to the victims of the 2011 tsunami in Japan. It's less than 10 minutes long, and all that you're asked to do is walk from one cutscene trigger to the next. That's it; let the stark visuals and dialog-free memorials do the rest. Is 9.03m substantial? Certainly not. Is it revelatory? Is it "great"? Not at all. It's barely even a game. But it has a point to make and it wastes very little of the player's time or money in making that point. Get in and get out. I respect that. There's a place in this industry for artsy, message-driven experiments like that.

Year Walk, likewise, is going somewhere, as evidenced by its initial ending, a spaz attack of ambiguity that has you analyzing the series of words and images found at the end of the hero's trail. But its impact is muffled for two reasons. First, it's utterly disconnected from the hour of tension buildup preceding it. Secondly, it's not the real ending. The real ending is found post-game by returning and solving a previously impassable puzzle using the game's companion app. (Or something. I just looked up the solution at that point, honestly. I wasn't having it.) And the real ending not only negates the mystery surrounding your final visions by blatantly spelling everything out, but resorts to a few tired clichés in the process.

I'd have at least been able to recommend Year Walk were it not for that misstep, since I respect the sort of art that everyone can interpret differently. Unfortunately, the disappointing conclusion only underlines what an indie hodgepodge this is, all pretty and moody and atmospheric but with very little to stew over. I'll give Year Walk credit for looking gorgeous and being surprisingly scary in spots  juggling between creeping dread and a few solid jump shocks  but woe be the hour-long game that still kind of feels like a waste of time.
2.5/5

© 1998-2021 HonestGamers
None of the material contained within this site may be reproduced in any conceivable fashion without permission from the author(s) of said material. This site is not sponsored or endorsed by Nintendo, Sega, Sony, Microsoft, or any other such party. Year Walk is a registered trademark of its copyright holder. This site makes no claim to Year Walk, its characters, screenshots, artwork, music, or any intellectual property contained within. Opinions expressed on this site do not necessarily represent the opinion of site staff or sponsors. Staff and freelance reviews are typically written based on time spent with a retail review copy or review key for the game that is provided by its publisher.