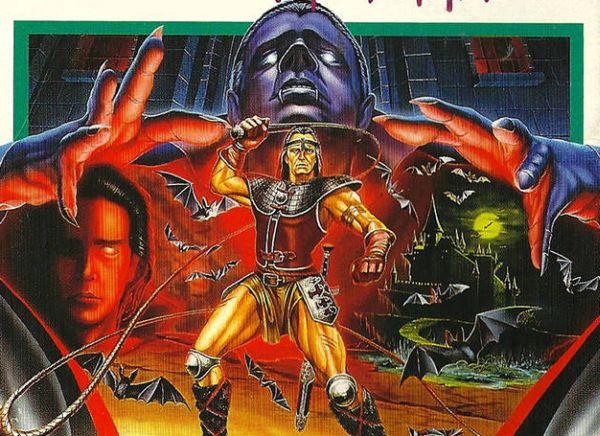 No company or development team is beyond redemption.

In 1989, Konami unleashed the insidious Castlevania: The Adventure, a game with a dearth of the franchise's most beloved features. Several miscalculations, including sluggish mechanics, lackluster boss battles, and the lack of a sub-weapon system, kept this title from ruling the portable roost. Given these details, one might have expected Konami to cut their losses rather than risk further embarrassment, but such wasn't the case. They instead went on to produce two more Castlevania games for the Game Boy, perhaps figuring there was no direction to go but up after The Adventure...

The Adventure's sequel, entitled Castlevania II: Belmont's Revenge, might dredge up nightmares of the previous adventure at the outset. In this installment, our hero Christopher Belmont still doesn't walk at a proper pace. I wouldn't say he's as sluggish as before, but his steps feel off in comparison to other Castlevania titles. In my most recent session with the game, the play control issues led to a few mishaps where my timing was off and I plummeted to my doom. Mostly, this occurred when leaping from one moving platform to another, as the slightly slow control response made it difficult to correctly size up such a jump.

Although Christopher's movement in Belmont's Revenge is only a tad faster than it is in the previous game, there's a world of difference between the two titles in regards to pacing. When playing through The Adventure, I often struggled with the temptation to abandon the game out of boredom and start up a new project. It moved so slowly that I found myself nodding off regularly. I feared that a similar experience awaited me in Belmont's Revenge but I found that I had stopped noticing Christopher's movement speed by the time I reached my third boss battle. From there, I was able to enjoy the game for what it was: an exciting addition to the Castlevania franchise, and probably one of the most enjoyable platformers I've played on Game Boy.

Aside from the troubles with moving platforms, I found few instances of faulty mechanics in Belmont's Revenge. That was thankful, as the game pitted me against some fairly stiff challenges. One of my favorite sequences involved scaling a clock tower, complete with climbable vertical chains that ascended or descended and periodically shifted directions. Spiked gears usually sat at either end of each chain, which made lingering on one for too long a liability. In order to advance I had to act quickly and jump to another chain, and hope that it wasn't headed in an unfavorable direction. What made this scene so exhilarating was that the chains were positioned in such an intricate pattern that I had to strategize and time my moves perfectly. In most cases, I had to leap from one chain to another while both were moving, and sometimes I'd latch onto a chain at its lowest point and nearly lose my balls to the grinding gears below it. Thankfully, the chain would usually shift direction and I'd be safe.

I found myself in other tight situations, like leaping over explosive eyeballs on a dilapidated bridge. Destroying the eyes obliterated segments of the bridge, forcing me to jump over the spacious gaps left behind. The only trouble was that the eyeballs usually spawned below spike-lined ceilings, limiting my choices to taking damage from the eyes head-on or plummeting into the muck beneath the bridge. There I'd have to deal with troublesome beasts and slowed motion due to waist-deep mud. Another scene dealt with a quartet of giant spiders that descended from a ceiling. Below them was a killing pit, so my only option was obvious. I had to wait for the spiders to fully lower themselves, then use their silky lines as ropes. Did I mention these guys spat fireballs as well? You know, just to keep me on my toes...

The point I'm making is that Belmont's Revenge presents the kind of face-breaking challenge I expect from a Castlevania game, but also possesses the solid mechanics to ensure that the challenge is mostly fair rather than needlessly punishing. Of course, the greatness doesn't stop there...

Unlike the previous game, Belmont's Revenge resurrects sub-weapons. Unfortunately, there are only three sub-weapons, and two of them (the axe and the holy water) are horribly abundant. Most of the others, including the dagger, are MIA in this outing. Thankfully, the cross made into Belmont's Revenge, but it's so difficult to locate that it may as well be counted amongst the missing. Regardless of the lacking array of sub-weapons, though, it's nice to know this installment actually has them.

Sub-weapons aren't all that Konami brought back for this adventure, as awesome boss battles also make a triumphant return. Although the lack of Death battle is disappointing, the other boss encounters are not. I'm talking about epic encounters, too, like one that involves squaring off against an entire wall made out of bone, with two massive skulls (one humanoid and the other dragonoid) resting on devilishly elongated spinal columns. In between burning bullets, this duo tosses its blade-like vertebrae in an arc so fine that it nearly combs the entire arena. Another battle puts you at odds with twin demon statues. Although my initial reaction when engaging them was that their goat-headed visages were "so metal," I updated my attitude towards them as they showered me in projectiles. Also joining this fiendish rogues gallery are a mighty serpentine dragon and a crooked water mage. Worst of all of them, though, is Christopher's possessed son Soleiyu Belmont. This little sod breaks the boss code of conduct by not having a discernible pattern. Discovering a rhythm for defeating him is tricky, but implementing the proper strategy (read: watching YouTube videos) should reveal what best to do against him.

Castlevania: The Adventure left me less than enthused to play another old school portable from this franchise. Thankfully, Castlevania II: Belmont's Revenge proved that the platform is not an inherently worthless venue for the brand. All it takes is capable developers, solid mechanics, and a commitment to put right certain missteps. Perhaps The Adventure and Belmont's Revenge teach us that developers, being human, make mistakes too, and shouldn't be beyond atonement.
4/5

If you enjoyed this Castlevania II: Belmont's Revenge review, you're encouraged to discuss it with the author and with other members of the site's community. If you don't already have an HonestGamers account, you can sign up for one in a snap. Thank you for reading!

© 1998-2020 HonestGamers
None of the material contained within this site may be reproduced in any conceivable fashion without permission from the author(s) of said material. This site is not sponsored or endorsed by Nintendo, Sega, Sony, Microsoft, or any other such party. Castlevania II: Belmont's Revenge is a registered trademark of its copyright holder. This site makes no claim to Castlevania II: Belmont's Revenge, its characters, screenshots, artwork, music, or any intellectual property contained within. Opinions expressed on this site do not necessarily represent the opinion of site staff or sponsors. Staff and freelance reviews are typically written based on time spent with a retail review copy or review key for the game that is provided by its publisher.