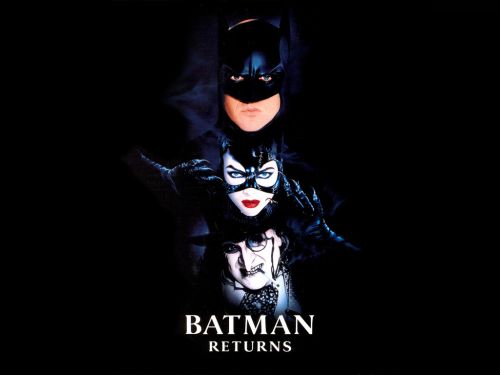 I initially expected Batman Returns on the NES to rock something fierce, especially given its impressive pedigree. Not only was it based on an awesome comic book series and a fantastic, if a little campy, superhero flick, but it also followed two strong Batman platformers developed by Sunsoft. It was also created by Konami, a company that was known for crafting quality license titles at the time. All things considered, there seemed to be no way the game could be anything less than amazing.

Perhaps it was my fault, then, that I ultimately found the game disappointing. For I had perceived magic in its lineage, and that blinded me to the possibility that Batman Returns could instead be unremarkable. I learned that there is no magic in regards to game development. The reason companies like Konami released hits more consistently than some developers was that they understood both the craft and the industry very well. In a way, playing disappointing titles like this one helped me to better appreciate the actual labor and intellect that goes into developing games.

Years passed and I had forgotten about Batman Returns, with the only lingering memory being that of my disappointment. By the time I rediscovered the game, even my original expectations were but distant, expired thoughts. I saw rediscovering the title as another shot at appreciating it, which prompted me to leap back into the role of the Caped Crusader and once again brawl through the streets of Gotham 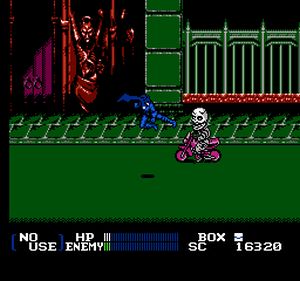 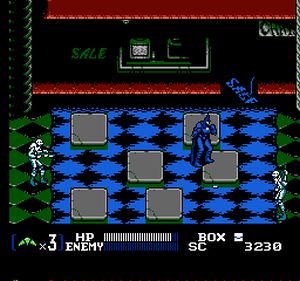 ...only to discover that my opinion hadn't changed a bit.

I wouldn't say I hate Batman Returns. It would be difficult for me to dislike a Batman game that actually looks and feels like the source material, utilizing various sets either lifted from or heavily inspired by scenes from the movie. The game's dark color palette mimics Burton's brooding atmosphere and gives each stage a fittingly sinister and gothic feel. One of my favorite set pieces involves a rooftop with a gorgeous cityscape background, complete with earthy tones and classic architecture that capture the essence of Gotham. It's a small touch, but a much appreciated one. Such moments not only say that the developers saw the film and paid attention to it, but also suggest that they enjoyed the experience. In any case, it's a wonderful service to fans.

The spectacular visuals help make up for this brawler's lack of "badassery." You don't command a denim-clad vigilante on a mission to punch the face of every weirdo who looks like he raided a costume store or slept in an alley for the last six years. Instead, this game sticks with the film's circus theme, which unfortunately features a limited variety of clowns. Most opponents, in fact, can best be described as either [adjective] clown or clown with [weapon], with only a few exceptions who stray from this scheme. A knife-throwing harlot and a devil-suited firebreather come to mind, for instance. My main complaint with this game's rogues gallery isn't the lack of diversity, though. When I think of effective beat 'em ups, adjectives like "awesome" and "badass" come to mind, and those are the last words I'd use to describe a gang of combat-trained circus performers. Sorry, but I'll take broken bottles and seedy night clubs over frills, grease paint, and leotards any day.

Enemy arrangement is also an issue. In most brawlers, an approaching group of foes usually includes multiple enemy types. For instance, you might battle a group that consists of Punk 1, Punk 2, and couple Costumed Freak 8s. Batman Returns, on the other hand, only pits you against one kind of adversary at a time. In other words, you might encounter a slew of fat clowns or a gang of acrobats, but never a combined force of fat clowns and acrobats. This is a huge missed opportunity on Konami's part. I can only imagine the crazy and difficult combos they could have concocted, like teaming a bazooka-toting clown with a devil and a knife-thrower. I think I would have pulled every hair out trying to deal with the thrower while the other two sat on opposite sides of the screen firing projectiles at me. It would have been a tough battle, but a challenging and possibly memorable one.

This isn't to say that the game is a cakewalk, because it can still tear your face off without remorse. Thanks to nimble maneuvers and powerful attacks, most enemies can evade or cancel your combos and get a few cheap shots in along the way. It may not seem so bothersome at first, but you'll find your health mostly depleted before you know it. You aren't without a few tricks of your own, though; you not only have the classic Batarang and grappling hook to work with, but you can also execute a brutal flying kick and a Mega Man-like slide. Both are ideal for penetrating an opponent's defenses, allowing you to break into a flurry of punches before sending him to the big top in the sky. 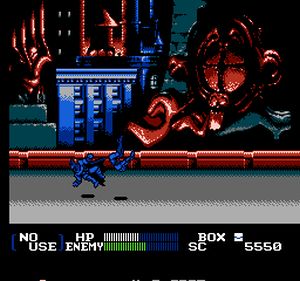 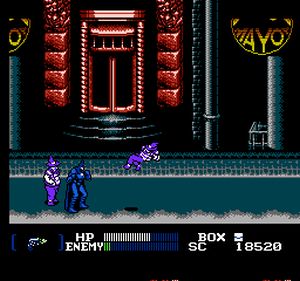 Once you learn how to deal with a particular thug, he doesn't pose as much of a threat. Since this game doesn't mix up its goons, dealing with them is a matter of repeating the same attacks and strategies. Despite how action-packed and challenging Batman Returns is, the game is so repetitive that the experience becomes tiresome by stage 3. Even the inclusion of driving stages at 4-1 and 6-1, where you blast bike-riding menaces and toss explosives at helicopters, aren't able to revitalize the experience. Bit by bit, the game becomes less enjoyable and more of a chore.

It's funny how one small aspect can ruin a game. In this case, it's not that Konami didn't try hard enough or wasn't devoted to creating a title that fans could appreciate. It's more that one element essential to the genre slipped their collective minds, resulting in a Batman title that's just okay when it should have been magnificent. All the developers needed to do was mix up enemy types within groups and the game would have likely been much less repetitive. Sadly, that's not the case, and what we're left with is a beautiful but flawed brawler.

Still, could be worse. My nose could be gushing blood
3/5

If you enjoyed this Batman Returns review, you're encouraged to discuss it with the author and with other members of the site's community. If you don't already have an HonestGamers account, you can sign up for one in a snap. Thank you for reading!

© 1998-2021 HonestGamers
None of the material contained within this site may be reproduced in any conceivable fashion without permission from the author(s) of said material. This site is not sponsored or endorsed by Nintendo, Sega, Sony, Microsoft, or any other such party. Batman Returns is a registered trademark of its copyright holder. This site makes no claim to Batman Returns, its characters, screenshots, artwork, music, or any intellectual property contained within. Opinions expressed on this site do not necessarily represent the opinion of site staff or sponsors. Staff and freelance reviews are typically written based on time spent with a retail review copy or review key for the game that is provided by its publisher.