The ginger-haired Princess Meruru lives in a castle at the center of a tiny kingdom called Arls, positioned along the remote peninsula to the northwest of the Arland republic. Privileged and immature, Meruru hasnt ever had to worry about anything more important than deciding when she should take her next bath. Her loyal maid, Keina, takes care of all the necessary cooking and cleaning. That in turn leaves Meruru with plenty of time to dream about someday embarking on a proper adventure that will take her beyond the familiar castle walls and dusty streets she calls home.

Atelier Meruru: The Apprentice of Arland, the third and likely the final Alchemist of Arland game for PlayStation 3, chronicles the several years that pass as the plucky heroine evolves from a fifteen-year-old brat to a responsible adult. With your help, Meruru may become a regal ruler that any nation would be proud to serve (just in time for the kingdom she calls home to merge with Arland). She could just as easily wind up a total failure, though; its up to you. 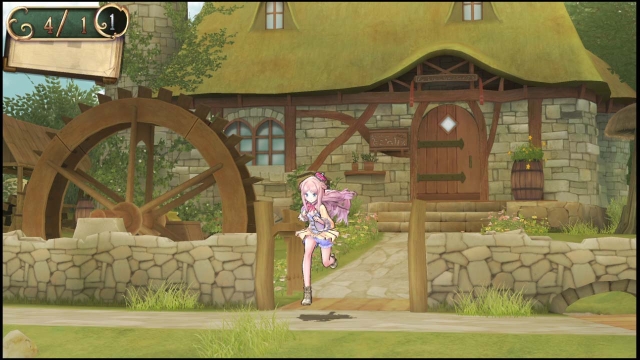 Whether youve played previous Alchemist of Arland titles or not, you shouldnt have trouble following along with the delightful and very basic story. Atelier Meruru features minor subplots in addition to whats outlined above--annoyingly presented in dialogue exchanges that may break your train of thought if youre just trying to run around town and gather items or meet with someone--but knowledge of past Atelier games isnt required. Many of the characters may hail from the previous titles, but theyre all introduced and profiled again so that you dont have to wonder who considers who a friend. Naturally, the most familiar returning character is Totori, the star of the previous game. Now a full-fledged alchemist, Totori lives in a beautiful cottage along the village outskirts. Her home doubles as a workshop and serves as a convenient base of operations. Series veterans shouldnt be surprised to learn that the alchemy practiced in that building is the only reason Meruru has any hope of living out a daring adventure.

Because Atelier Meruru is finishing up a trilogy of sorts, you might expect to have a hard time jumping into things if you lack experience with the previous titles or just never got the hang of turning mundane items into treasure. Fortunately, though, the new game starts with a tutorial session that helpfully walks you through any potentially overwhelming play mechanics. If you pay attention during those opening scenes and allow yourself to soak in the instructions, youll be off to a great start. As in Atelier Totori, there also are in-game help files that outline the games basic fundamentals in case you forget anything. With all of the available documentation at your disposal, theres seldom an excuse to remain confused for long. 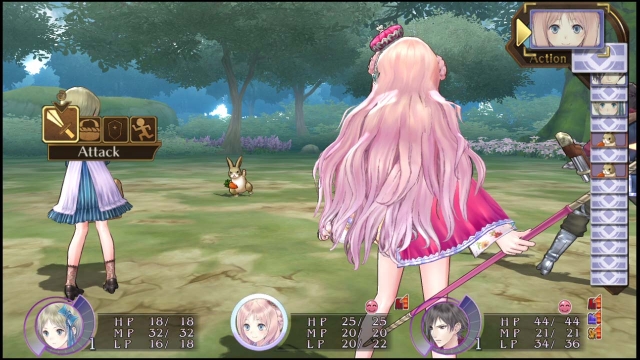 Depending on how you feel about fresh content (or the lack thereof), you may actually enjoy yourself more if this is your first exposure to the franchise. Atelier Meruru borrows quite a few of its more basic assets from older Atelier titles, enough that youll be bound to notice if you have experience with them. The presentation as characters converse is nearly identical, for instance, many item illustrations remain unchanged, character models are recycled with little or no modification, and some of the menu text and other visual prompts remain identical. However, there are a slew of tweaks throughout the game, minor modifications that turn a good experience into a great one.

The down side to the improvement is that playing previous titles now feels almost like a chore in comparison (though of course thats not this newest games problem). Menus have been overhauled for Atelier Meruru, meaning you can now tell more easily if youre about to accept a quest that you cant promptly complete because now the number of matching items you already have in your possession is prominently displayed, whereas previously it was not. Thats the sort of change that should have been implemented a game or two back, and there are other similar fixes throughout the experience. When you decide to take a rest on your bed to recover LP or MP or even HP (though items tend to serve that last purpose more efficiently), numbers conveniently predict your stats after a single days rest instead of forcing you to guess. You can also check the numbers for a multi-night nap before committing to anything. Most importantly, the game introduces quick travel in its opening scenes, meaning you can easily teleport between the various town environments. Those areas are also less enormous than those featured in Atelier Totori (with more tolerable load times, as well). 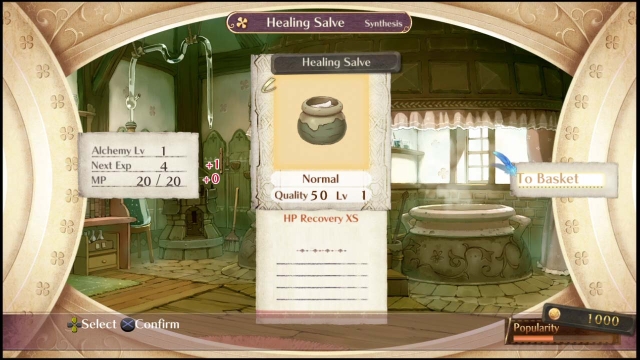 If such overdue improvements arent enough to excite you, know also that Atelier Meruru is the prettiest game in the series to date. Not only are environmental elements more detailed, but you can quite often look out and see a variety of activity in the distance. For example, in one early area, you can look across a wide stream of water and see enemies oozing along a distant bank. Sometimes the draw distance isnt great--particularly during moments where you might see several NPCs in an environment, but only see prompts letting you know which ones might interact with you as you get closer to them--and characters still can pop into sight when an environment first loads (just as they did in Atelier Totori), but mostly the game is a visual treat with art design that finally seems to have come into its own. The music is also excellent, offering a nice mix of familiar tunes and new selections that will likely prompt you to hum along before you realize what youre doing.

Theres certainly a lot to like in Atelier Meruru, but some of its most admirable strengths also present as flaws in some circumstances. While some players will appreciate the more persistent direction that is afforded by regular dispatches from Rufus, the kings uptight advisor, there arent many moments where you feel like you have the freedom to simply explore. Wandering around the world map eats up far too many precious days, and you only have so many years before the game will conclude (whether youve done everything you had planned to or not). Just about anything you might do outside of town consumes time, while in town you may lose a full day or more just synthesizing a single item. Throughout the experience, theres a constant and occasionally frustrating need to manage your time more effectively. A simple mistake (such as taking a trip halfway across the map and then realizing that the item you thought you had in your possession was accidentally used the last time you created some other quest-specific item) could set you back so significantly that it winds up meaning the difference between seeing a good eventual ending to the game and seeing a great one. There are quite a few endings to see, based on your performance. 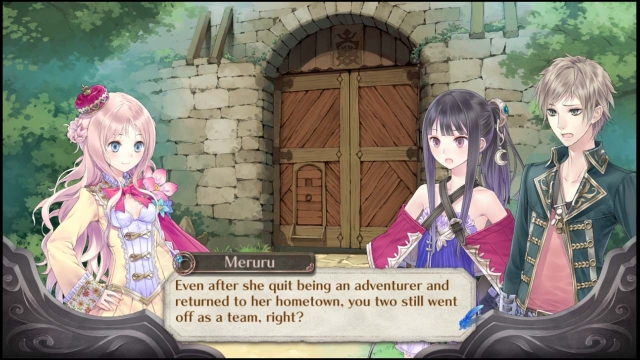 Arls is a surprisingly expansive kingdom, despite its initial low population, and it only opens up to you once you start meeting some demanding requirements and growing the size of the populace. Even if you plan carefully, youll have trouble seeing everything that the region has to offer, especially when a powerful beast might be preventing you from developing a promising area. Theres an astonishing level of complexity on display everywhere you turn, so you might have to wait until your second or third trip through the game before trying to actually hunt down some of the more fearsome monsters. Even then, with the benefit of gear that you are allowed to carry over from one round to the next, failure is possible and perhaps even likely. Theres a bunch of awesome stuff to do and see but not nearly enough time.

Thanks to its polished design and extensive campaign, Atelier Meruru: The Apprentice of Arland comes highly recommended if you love JRPGs and yearn for something a little different from the grim norm. The unique elements that always make new installments in the series so special--including item collection and synthesis, along with character designs and situations so charmingly inoffensive that you have no choice but to smile--ensure that the final adventure in Arland is also the best one. Dont miss it.
4/5

If you enjoyed this Atelier Meruru: The Apprentice of Arland review, you're encouraged to discuss it with the author and with other members of the site's community. If you don't already have an HonestGamers account, you can sign up for one in a snap. Thank you for reading!

© 1998-2020 HonestGamers
None of the material contained within this site may be reproduced in any conceivable fashion without permission from the author(s) of said material. This site is not sponsored or endorsed by Nintendo, Sega, Sony, Microsoft, or any other such party. Atelier Meruru: The Apprentice of Arland is a registered trademark of its copyright holder. This site makes no claim to Atelier Meruru: The Apprentice of Arland, its characters, screenshots, artwork, music, or any intellectual property contained within. Opinions expressed on this site do not necessarily represent the opinion of site staff or sponsors. Staff and freelance reviews are typically written based on time spent with a retail review copy or review key for the game that is provided by its publisher.