There comes a time when bloodshed must cease, when a temporary reprieve from the dark side of gaming is in order and we trade our guns for cute monkeys, exchange battle cries for idle giggles. During such times, I abandon titles such as Grand Theft Auto in favor of a whimsical experience like Rhythm Heaven Fever.

Each stage in this addictive rhythm game features its own catchy tune and an imaginative setup. Youll do everything from swimming with microbes in a petri dish to guiding a library cheerleading squad, and theres even a level where you take the role of a samurai exterminating evil spirits. The variety of settings plays a huge role in this game and prevents it from feeling like the developers were beating a dead horse (to the rhythm of an upbeat ditty, I would imagine). 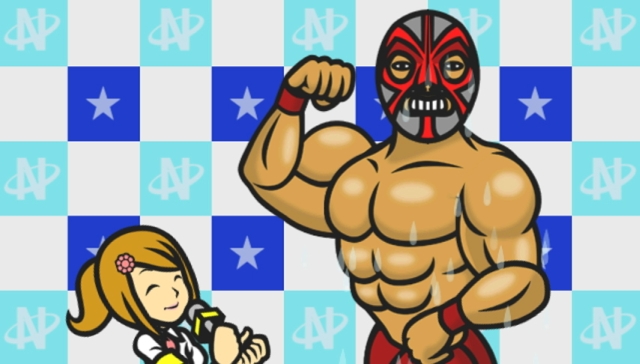 It would have been easy for this game to become repetitive. You aren't expected to input a complex set of commands or intricately move the Wii Remote. When prompted, you simply tap the 'A' button or press 'A' and 'B' simultaneously, all in time to various rhythms that span a wide range of genres. Mainly, though, playing requires you to stare at the screen, listen, and press buttons. That's it. Fever asks that you "relax and have fun." Heck, it even tells you that outright in the opening cutscene. It doesn't want you to become too absorbed or obsessed with beating a high score or freaking out when you make a mistake. Just kick back and enjoy the ride!

You know when reading that, though, not to expect an immensity of depth. The game wasn't built to be a major project, but a palate cleanser. Activities reinforce the relax and have fun concept by remaining simple. Youll realize before your playthrough concludes that Fever has some obvious and somewhat disappointing limitations. It never dares to step out of that simple safety zone, and the only true differences from one level to the next are visual and auditory--although given its colorful, quirky and creative presentation, that winds up being enough.

Given the lack in the depth department, it's key that players not suffer from burn out. Fever starts you off with very basic stages that find you assembling robots and playing golf with a couple of primates to easygoing rhythms. At the conclusion of each stage, you'll receive a vague assessment based on your performance and either advance to the next one or be forced to start over. Should you fail, you won't be able to blame control response for your failings because it's spot on. While we expect this of every game, it's especially appreciated in a rhythm game. Even slightly poor control response would make for a painful and needlessly frustrating experience. 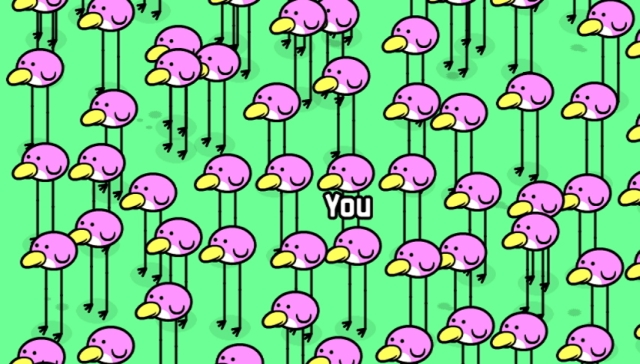 With each successful game, you unlock new stages and features like multiplayer mode, bonus stages and toys (which are really just very short bonus levels). For the sportsman who loves to dominate stages or obtain the highest score possible, there are medals to earn that secure you still more toys and stages. Each reward serves as a nice incentive to keep playing and trying hard, which extends Fever's longevity.

The game seems to require no effort at first, and you might anticipate that Fever will hand out victories like Halloween candy. But with the second set of stages, you'll find the challenge growing hairier. Levels become faster, rhythms more difficult to keep up with. One level, called Monkey Clock, has you tapping buttons to a clock-like rhythm. It turns up the difficulty factor halfway through by obstructing your view with monkeys in a hot air balloon or even zooming out. Levels like that require you to depend on your ears and learn not to rely so heavily on visual prompts. It might seem odd that a game that begs you to relax would demand so much of you, which explains why the option to skip levels occasionally pops up if you're having a tough time with one. While this may sound like coddling, I see it as an invite to keep playing and tinkering. Remember, we're supposed to relax

Although Fever succeeds at what it sets out to do, it still has a few kinks. For instance, why is there no Retry option? Any time you want to start a level over, you have to return to the main menu, select the stage again, sit through its title screen, skip the tutorial, then initiate playing. I don't think a retry option is too much to ask for, and the need to go through this process each time you want to nix a bad session and make a fresh attempt at a stage is irritating. There are also a few levels that are extremely difficult and frustrating. Though skipping is still an option, you can't help but feel sometimes that it's the cheap way out. One stage I found incredibly frustrating was Donk-Donk, where you guide a trio of automatons and an octopus on a zeppelin through the sky. It starts off with a basic rhythm, but theres a second rhythm that I couldn't get down. Even though it sounded like my button presses were in time with the beats, the visuals suggested otherwise. I have to question whether it's really me or just a faulty micro-game. Donk-Donk is not the only frustrating level, either. While it's understandable to have some challenging stages, such aggravating segments seem to go against the games suggestion that you relax. 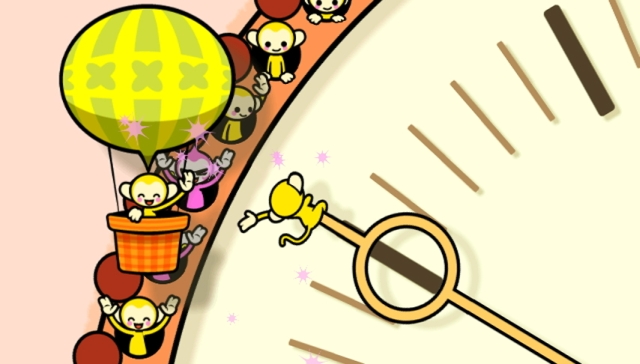 However, such complaints are minor and they didn't demean my experience with Rhythm Heaven Fever. The game succeeds at providing a quirky, musical experience loaded with whimsy. With fifty standard stages plus extra levels and other small features to tinker with, you get a lot of content. The volume of content is not so much as to overwhelm you, but its enough to give you a gentle week off from the gore and grittiness of modern gaming. At the end of that week, when you're sick of vacant-eyed monkeys and sweaty pro-wrestlers, you can go back to shooting gang members in the face and bashing mighty winged dragons to death with your trusty warhammer.

And youll do it all with the rhythm of an upbeat ditty stuck in your head, I would imagine
3.5/5

If you enjoyed this Rhythm Heaven Fever review, you're encouraged to discuss it with the author and with other members of the site's community. If you don't already have an HonestGamers account, you can sign up for one in a snap. Thank you for reading!

© 1998-2020 HonestGamers
None of the material contained within this site may be reproduced in any conceivable fashion without permission from the author(s) of said material. This site is not sponsored or endorsed by Nintendo, Sega, Sony, Microsoft, or any other such party. Rhythm Heaven Fever is a registered trademark of its copyright holder. This site makes no claim to Rhythm Heaven Fever, its characters, screenshots, artwork, music, or any intellectual property contained within. Opinions expressed on this site do not necessarily represent the opinion of site staff or sponsors. Staff and freelance reviews are typically written based on time spent with a retail review copy or review key for the game that is provided by its publisher.