The Vita could wind up being a lot of worse things than the home for second chances. When Rayman Origins first arrived in stores late last November, it faced stiff competition from the seasons blockbusters. While consumers were busy snatching up the obvious blockbusters, they were largely ignoring a slew of other great games that didnt benefit from a huge marketing budget. New hardware means a fresh start, though, and Ubisoft has wisely repackaged one of 2011s most overlooked gems to serve as a launch title for Sonys PSP successor.

Like New Super Mario Bros. Wii or Donkey Kong Country Returns, Rayman Origins is an old school platformer with a fresh coat of paint. Rayman is essentially Ubisofts version of Mario, even if he hasnt been around as long as Nintendos portly plumber, and this newest game is an attempt to restore the mascots fading star power. Theres nothing that feels particularly innovative, but occasional iteration is fine when its done well. 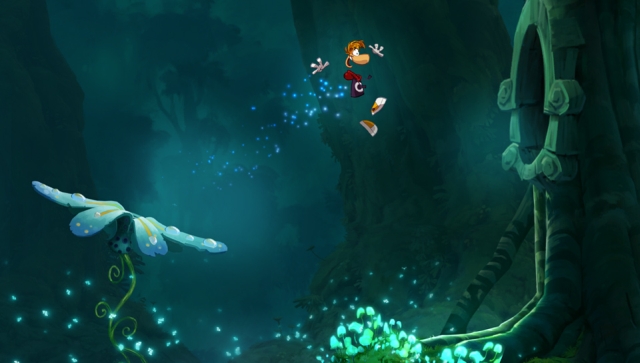 The first thing youre likely to notice once you start playing Rayman Origins is that its breathtakingly beautiful. On the Vitas OLED screen in particular, colors are surprisingly vibrant. Rayman is animated beautifully and so are his enemies, but the backgrounds are truly something to behold. Screenshots dont do them justice. They often resemble the most beautiful backdrops from the most beloved of Disney animated features. Moss-covered trees, sandy desert slopes, snowy crags its all generic stuff, yet rarely have such familiar elements produced such a gorgeous fantasy world.

Stages are more than pretty distractions, though. Rayman Origins is a difficult game practically from start to finish. Natural hazards like spikes, electrical currents, water currents, flame geysers, lightning bolts and more will make your adventure a treacherous one, and thats before you factor in the various enemies that populate each stage. Just reaching the end of each stage will provide a decent challenge, but doing so with all of the available loot in hand will require you to dust off some of your old school gaming skills. Medals are hidden in out-of-the-way places that often require you to scour every inch of every beautiful stage. Theres often an easy route that you can follow through each level to reach the exit in one piece, but youll miss some great stuff along the way if you dont slow down and pay attention.

Each stage offers a number of challenges. Your main goal is to reach the end of a zone and free a group of caged pink critters known as eletoons. However, most stages also feature an additional two hidden cages. Youll need to leap up along walls, swim along treacherous passages and so forth if you want to find all of the secret chambers where the cages are located. When you do access a bonus room, youll find that the waiting eletoons are guarded by enemies that have to be defeated before you can free your pals. Disposing of the guards can be a bit of a puzzle. In that manner, the game challenges skilled players while still allowing newcomers to still experience the bulk of its content (though even then, some of it may be a bit much for inexperienced players). In most stages, youre also awarded additional eletoons if you reach the end of the stage with enough lums (golden critters that are basically just living coins). Missing only a little loot can deprive you of the best rewards, so obsessive completionists may find themselves challenging familiar stages several times just to unlock everything. 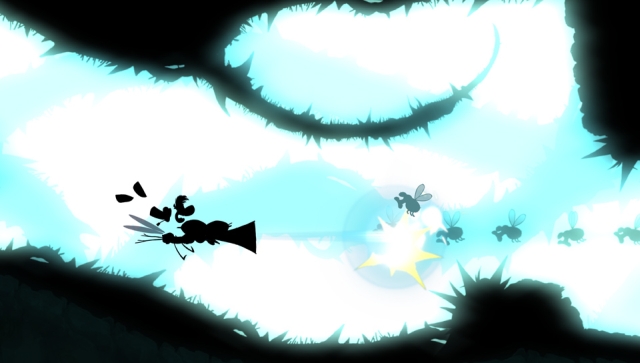 Although stages can be difficult, particularly those waiting in the last couple of worlds, there are plenty of checkpoints along the way. Powering through even the most difficult areas almost never feels like a chore, since youll seldom be taken too far back upon failing a segment (except in the case of some racing and flying sequences). The generous checkpoint system also makes it easier to explore dangerous zones to see what treasure your most tenacious foes might be guarding. More platformers could benefit from design that doesnt punish the player for taking risks.

Rayman Origins is primarily a platformer, but there also are some welcome breaks in the action. The most common of those diversions are the flying stages, which youll encounter around once per world and sometimes in bonus chambers. Rayman hops on the back of a moskito (it looks like a really large mosquito, as the name implies) and cruises from left to right. Youll feel as if youve suddenly started playing an old school horizontal shooter. Your makeshift vessel is capable of inhaling enemies and then expelling them as projectiles, or it can simply fire standard shots. The games shooter mechanics arent especially deep, but the levels work nicely just the same because aggressive enemy patterns and plenty of environmental hazards keep things intense. Surviving is easy enough if you arent worried about scoring points, but the stages can be quite demanding if youre determined not to miss out on rewards at their conclusion.

As your collection of rescued eletoons grows, youll access new stages and sometimes youll unlock a foot race event. In these stages, you must race through an obstacle course to catch up to a fleeing treasure chest. Each of 10 chests holds a skull tooth. Youll be rewarded for collecting all ten of them, though that feat is impossible unless youre doing a particularly good job as you clear each standard stage. Some completed stages also become available for the Ghost Mode. You can race staff records through familiar stages without worrying about stopping to collect goodies. You can also send ghost records to your friends to challenge them, if youre able to connect. Rayman Origins will likely last you 12 to 15 hours if you spend time mastering every stage and collecting every item, but the ghost records make a good value even better. 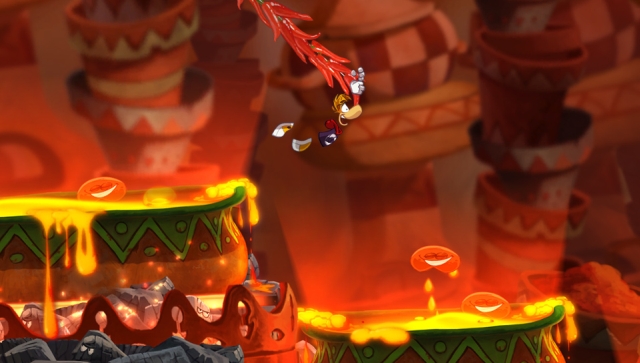 Though Rayman Origins is for the most part an excellent platformer, its not going to suit everyones tastes. Some of the areas demand quite a lot out of the player. Players who are prone to frustration may decide to quit rather than continuing to challenge themselves. The stage leading up to the closing credits in particular is a real doozy, particularly when you have to race your foe along a crumbling building where a simple mistake means failure and requires you to restart the race. The optional treasure chest races also are more frustrating than fun. Fortunately, the game is always fair and its most exasperating moments are uncommon enough (and optional enough) that they shouldnt prevent you from having a good time overall.

Rayman Origins isnt as fresh an experience now as it would have been in November, but give it a shot and youll have no trouble seeing why Ubisoft decided to give such a great game another chance to find the audience it deserves. If you still havent experienced the title, make up for your November oversight and pick it up today.
4.5/5

If you enjoyed this Rayman Origins review, you're encouraged to discuss it with the author and with other members of the site's community. If you don't already have an HonestGamers account, you can sign up for one in a snap. Thank you for reading!

© 1998-2020 HonestGamers
None of the material contained within this site may be reproduced in any conceivable fashion without permission from the author(s) of said material. This site is not sponsored or endorsed by Nintendo, Sega, Sony, Microsoft, or any other such party. Rayman Origins is a registered trademark of its copyright holder. This site makes no claim to Rayman Origins, its characters, screenshots, artwork, music, or any intellectual property contained within. Opinions expressed on this site do not necessarily represent the opinion of site staff or sponsors. Staff and freelance reviews are typically written based on time spent with a retail review copy or review key for the game that is provided by its publisher.