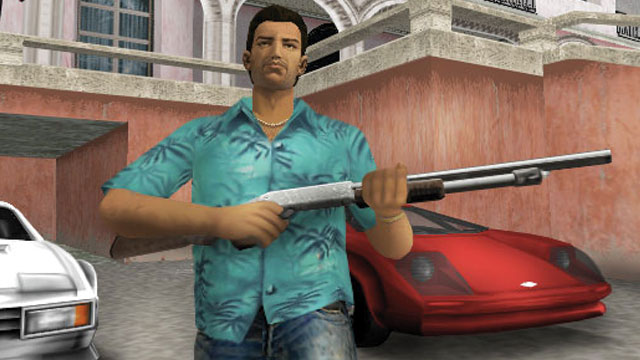 You probably won't be surprised to hear Grand Theft Auto III and its cousin from Miami, Grand Theft Auto: Vice City, were recently rated by the ESRB for release on the PlayStation 3. After all, GTA III was recently ported to iOS and Android devices to commemorate the game's 10-year anniversary.

You also probably wouldn't be surprised to hear the ESRB claim these games to contain blood, gore, strong language, violence and sexual content, thus both of them being given a "Mature" rating, but, hey, I'm just covering all corners here. Rockstar Games, of course, has yet to confirm a release of either game for the PlayStation 3, though I'd certainly expect one soon, considering the company might want to focus the rest of its efforts this year on promoting Grand Theft Auto V, which we know next to nothing about aside from what we could gather from its trailer.

What'd be interesting to see here is if these supposed GTA III and Vice City re-releases will be standard definition or HDified for their (also supposed) PlayStation 3 debuts. Only time will tell, folks. Stay tuned in to Chatterbox HonestGamers FM for more as it comes.

If you enjoyed this Grand Theft Auto: Vice City article, you're encouraged to discuss it with the author and with other members of the site's community. If you don't already have an HonestGamers account, you can sign up for one in a snap. Thank you for reading!

© 1998-2021 HonestGamers
None of the material contained within this site may be reproduced in any conceivable fashion without permission from the author(s) of said material. This site is not sponsored or endorsed by Nintendo, Sega, Sony, Microsoft, or any other such party. Grand Theft Auto: Vice City is a registered trademark of its copyright holder. This site makes no claim to Grand Theft Auto: Vice City, its characters, screenshots, artwork, music, or any intellectual property contained within. Opinions expressed on this site do not necessarily represent the opinion of site staff or sponsors. Staff and freelance reviews are typically written based on time spent with a retail review copy or review key for the game that is provided by its publisher.