PSA: The Legend of Zelda: Skyward Sword has a game ending bug 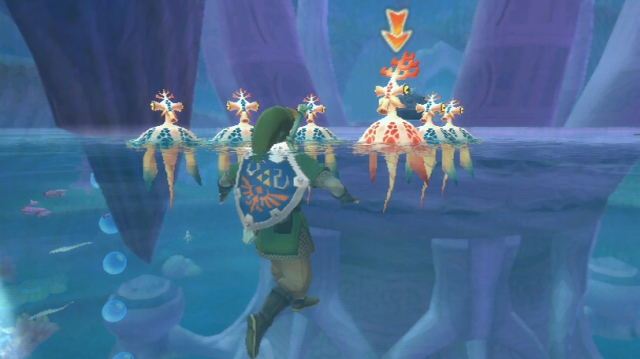 Nintendo released a statement today detailing a bug in The Legend of Zelda: Skyward Sword that can potentially permanently halt progress late in the game. Warning: This post contains necessary spoilers for Skyward Sword

Nintendo released a statement today detailing a bug in The Legend of Zelda: Skyward Sword that can potentially permanently halt progress late in the game. Warning: This post contains necessary spoilers for Skyward Sword

Late in the game, Link is tasked with collecting several pieces of a certain song by speaking with three different dragons, one in each of the game's provinces, which can be visited in any order.

If the player chooses the Lanayru Desert province first, he'll meet with a dragon, and have to start a subquest. After starting this subquest, don't talk to Golo the Goron in the mine, and after completing the subquest and getting the dragon's part of the song, certainly don't speak to Golo a second time. This will prevent the necessary dragon-related events in Eldin Volcano and Faron Woods from occurring, making progression impossible.

It doesn't sound like there will be a patch to help players who are already stuck, or to prevent future players from encountering this bug. Wii games themselves can't be patched, though Nintendo does sometimes fix bugs with Wii firmware updates.

Fortunately, you don't really have any reason to go to the mine after meeting with the dragon in question, as most players will just return to the sky through a save point and later return to the desert using the same save point. Knowledge gained about the game world up to that point will probably lead most players to Faron Woods first anyway. But still, hitting a wall after playing for a good 30 hours would be pretty terrible, so it's good to know about this problem in advance. Just save Lanayru Desert for last.

© 1998-2021 HonestGamers
None of the material contained within this site may be reproduced in any conceivable fashion without permission from the author(s) of said material. This site is not sponsored or endorsed by Nintendo, Sega, Sony, Microsoft, or any other such party. The Legend of Zelda: Skyward Sword is a registered trademark of its copyright holder. This site makes no claim to The Legend of Zelda: Skyward Sword, its characters, screenshots, artwork, music, or any intellectual property contained within. Opinions expressed on this site do not necessarily represent the opinion of site staff or sponsors. Staff and freelance reviews are typically written based on time spent with a retail review copy or review key for the game that is provided by its publisher.