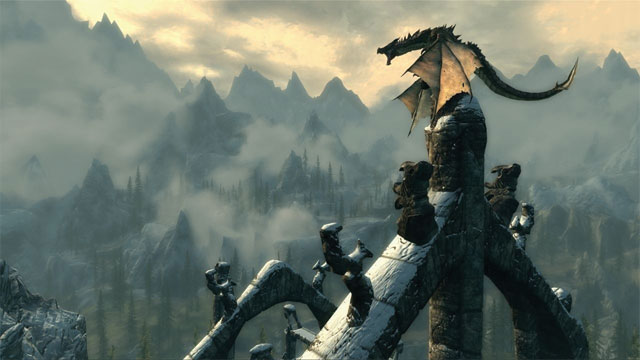 Akatosh couldn't have planned it better himself. The day our The Elder Scrolls V: Skyrim review went live, Bethesda patched their recently successful open world RPG, fixing a couple of major issues console and PC players alike had encountered since the game's release in mid-November.

Akatosh couldn't have planned it better himself. The day our The Elder Scrolls V: Skyrim review went live, Bethesda patched the open world RPG, fixing a couple of major issues console and PC players alike encountered in the few weeks since the game's release in mid-November.

The patch is now live for those playing on PlayStation 3, and the Xbox 360 and PC patches are expected to hit this coming Wednesday, according to the Bethesda blog. Among the major fixes? Well, that texture issue some Xbox 360 owners were having when installing the game to their hard drive will (hopefully) no longer be an issue. And PS3 owners who had "performance issues" with their game after a their save file exceeded a certain file size need no longer worry. A few other minor fixes for some rare bugs are also a part of the patch, and PC players will be ecstatic to learn you can now use the Esc button to exit menus. (You can check out the Bethesda blog yourself for the complete update notes.)

Of course, Bethesda knows this patch (1.2) probably won't address every issue, as there are probably countless unfound ones as expected in games of Skyrim's magnitude. The developer promised to continue monitoring forums and blogs for issues players are reporting so they can continue "to improve your gameplay experience."

© 1998-2021 HonestGamers
None of the material contained within this site may be reproduced in any conceivable fashion without permission from the author(s) of said material. This site is not sponsored or endorsed by Nintendo, Sega, Sony, Microsoft, or any other such party. The Elder Scrolls V: Skyrim is a registered trademark of its copyright holder. This site makes no claim to The Elder Scrolls V: Skyrim, its characters, screenshots, artwork, music, or any intellectual property contained within. Opinions expressed on this site do not necessarily represent the opinion of site staff or sponsors. Staff and freelance reviews are typically written based on time spent with a retail review copy or review key for the game that is provided by its publisher.