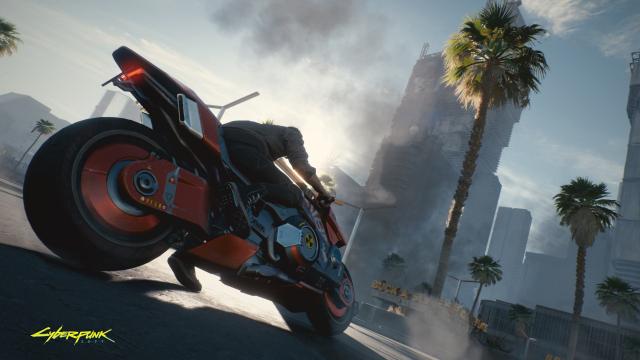 If you were looking forward to getting your hands on CD Projekt RED's upcoming RPG Cyberpunk 2077, you are going to have to wait two more months.

The developer announced the delay on Twitter, saying it needed more time to "balance game mechanics, and fix a lot of bugs."

The game was originally set to come out on April 16, but in January, the company delayed it to September 17. This delay will now put the game's release on November 19.

While fans may be disappointed, the developer hopes to alleviate some of the anxiety with some new information coming in a Night City Wire announcement livestream on June 25.

Another piece of good news for PlayStation fans is that, on release, the PlayStation 4 version will also be compatible with PlayStation 5. A patch will follow that will upgrade the game's graphics to higher specs of Sony's upcoming new console. CD Projekt confirmed the news in an investor call on Thursday.

If you enjoyed this Cyberpunk 2077 article, you're encouraged to discuss it with the author and with other members of the site's community. If you don't already have an HonestGamers account, you can sign up for one in a snap. Thank you for reading!

© 1998-2021 HonestGamers
None of the material contained within this site may be reproduced in any conceivable fashion without permission from the author(s) of said material. This site is not sponsored or endorsed by Nintendo, Sega, Sony, Microsoft, or any other such party. Cyberpunk 2077 is a registered trademark of its copyright holder. This site makes no claim to Cyberpunk 2077, its characters, screenshots, artwork, music, or any intellectual property contained within. Opinions expressed on this site do not necessarily represent the opinion of site staff or sponsors. Staff and freelance reviews are typically written based on time spent with a retail review copy or review key for the game that is provided by its publisher.