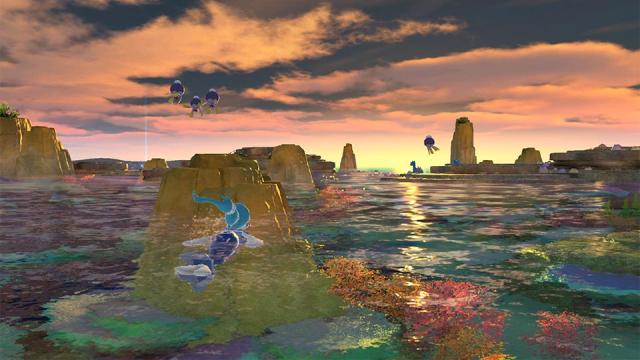 It's been 21 years since Pokemon Snap first allowed Nintendo 64 fans to take pictures of their favorite pocket monsters in their natural environment. Now, Nintendo is bringing it to its popular Switch handheld console.

The game was revealed today by the Pokemon Company on its Pokemon Presents livestream. It also confirmed it with a tweet:

Grab your camera, and get ready to photograph Pokémon while exploring beautiful islands on Nintendo Switch! https://t.co/7lqjl7saf0 pic.twitter.com/p6oJgmwZ8d

According to Nintendo's official page for the game:


Photograph lively wild Pokémon in their natural habitats as you research and explore unknown islands. Journey through a variety of environments such as beaches and jungles to capture previously-unseen Pokémon behaviors. The photos you take can also be used to fill out your very own Pokémon Photodex!


While the original game was developed by HAL Laboratory (and a Wii U version by Pax Softnica), the New Pokemon Snap will be developed by Bandai Namco. No release date has been set.

If you enjoyed this New Pokemon Snap article, you're encouraged to discuss it with the author and with other members of the site's community. If you don't already have an HonestGamers account, you can sign up for one in a snap. Thank you for reading!

© 1998-2021 HonestGamers
None of the material contained within this site may be reproduced in any conceivable fashion without permission from the author(s) of said material. This site is not sponsored or endorsed by Nintendo, Sega, Sony, Microsoft, or any other such party. New Pokemon Snap is a registered trademark of its copyright holder. This site makes no claim to New Pokemon Snap, its characters, screenshots, artwork, music, or any intellectual property contained within. Opinions expressed on this site do not necessarily represent the opinion of site staff or sponsors. Staff and freelance reviews are typically written based on time spent with a retail review copy or review key for the game that is provided by its publisher.