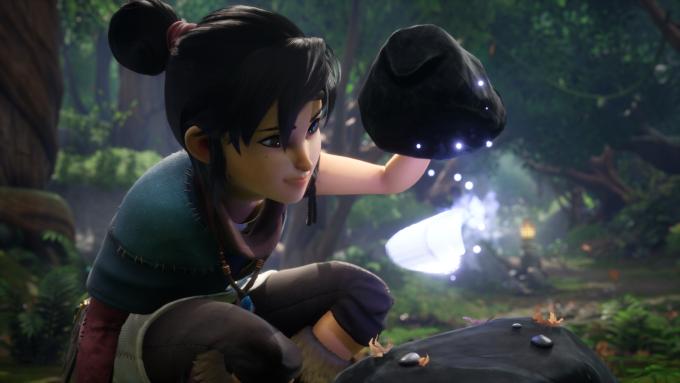 During the PlayStation 5 online reveal event last week, indie developer Ember Lab got a chance to show off its first title, an action-adventure dubbed Kena: Bridge of Spirits.

Players will take on the role of Kena, a spirit guide trying to discover why a once-thriving village is no more. To unravel the mystery, Kena will use her staff and a group of companions known as The Rot. Earning the trust of these companions opens up more gameplay options.

"Weve had this game concept for some time, and were finally able to bring our vision to life with the support from Sony and the capabilities of the new hardware, Chief Creative Officer Mike Grier said in a release. We want Kena: Bridge of Spirits to immerse the player in a detailed, fantastical world that feels real.

The game is being developed simultaneously for PS4 and PC, with a planned release date of late 2020 during the holiday season. The PC version will be available on the Epic Games Store.

While this is the studio's first game, Ember Lab has been around since 2009, creating an awarding winning short film Dust and the fan film Majora's Mask - Terrible Fate, both in 2016.

If you enjoyed this Kena: Bridge of Spirits article, you're encouraged to discuss it with the author and with other members of the site's community. If you don't already have an HonestGamers account, you can sign up for one in a snap. Thank you for reading!

© 1998-2021 HonestGamers
None of the material contained within this site may be reproduced in any conceivable fashion without permission from the author(s) of said material. This site is not sponsored or endorsed by Nintendo, Sega, Sony, Microsoft, or any other such party. Kena: Bridge of Spirits is a registered trademark of its copyright holder. This site makes no claim to Kena: Bridge of Spirits, its characters, screenshots, artwork, music, or any intellectual property contained within. Opinions expressed on this site do not necessarily represent the opinion of site staff or sponsors. Staff and freelance reviews are typically written based on time spent with a retail review copy or review key for the game that is provided by its publisher.