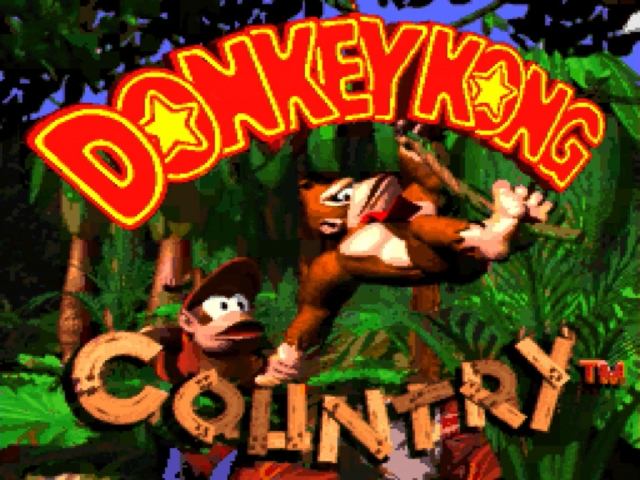 Occasionally, games get removed from download services, including the Wii Shop's Virtual Console service. Games like R-Type, Teenage Mutant Ninja Turtles, and even Sonic the Hedgehog have been removed for various reasons in certain territories.

This particular instance is pretty weird, though. Europeans who load up the Wii Shop Channel are being greeted with a message telling them that all three Donkey Kong Country SNES games will be taken down on November 25th. Presumably, people who buy the games before then will be able to redownload them indefinitely, but new purchases will be out of luck after that date.

Being a first party game owned by Nintendo but developed by Rare, one may assume that the removal has something to do with Microsoft, Rare's current owner. Nothing has been announced, however, and any such ideas are simply speculation at this point.

Nintendo hasn't said anything about whether the games will also be removed from the North American shop.

[UPDATE] All three games are currently absent from the North American Wii Shop Channel. Looks like we don't get a warning.

If you enjoyed this Donkey Kong Country article, you're encouraged to discuss it with the author and with other members of the site's community. If you don't already have an HonestGamers account, you can sign up for one in a snap. Thank you for reading!

© 1998-2021 HonestGamers
None of the material contained within this site may be reproduced in any conceivable fashion without permission from the author(s) of said material. This site is not sponsored or endorsed by Nintendo, Sega, Sony, Microsoft, or any other such party. Donkey Kong Country is a registered trademark of its copyright holder. This site makes no claim to Donkey Kong Country, its characters, screenshots, artwork, music, or any intellectual property contained within. Opinions expressed on this site do not necessarily represent the opinion of site staff or sponsors. Staff and freelance reviews are typically written based on time spent with a retail review copy or review key for the game that is provided by its publisher.