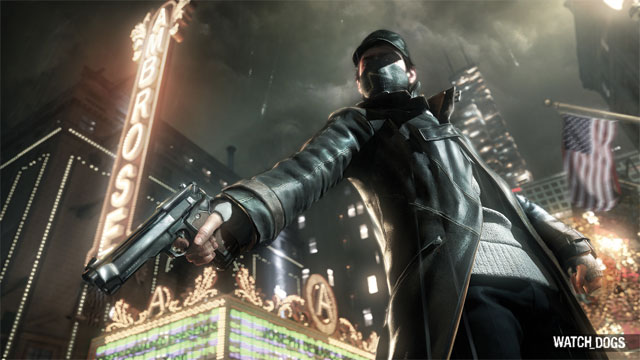 During a Ubisoft financial call today, company CEO Yves Guillemot confirmed Watch Dogs will be headed to store shelves at some point in 2013, according to a Joystiq report.

The triple-A action title was revealed during Ubisoft's E3 2012 press conference and was met with high remarks. It's an open world action title that looks heavily inspired by Grand Theft Auto but with its own unique twist: allowing players to manipulate the game world's technology, like NPC cell phones or traffic lights.

It's definitely headed to PlayStation 3, Xbox 360 and PC; a Wii U version is "still an option," according to Joystiq. (I'm assuming that option will be approved of or denied depending how well Wii U sells later this month.)

If you haven't heard of Watch Dogs yet, you definitely should check out its E3 gameplay trailer. It really does look quite brilliant.

If you enjoyed this Watch Dogs article, you're encouraged to discuss it with the author and with other members of the site's community. If you don't already have an HonestGamers account, you can sign up for one in a snap. Thank you for reading!

© 1998-2021 HonestGamers
None of the material contained within this site may be reproduced in any conceivable fashion without permission from the author(s) of said material. This site is not sponsored or endorsed by Nintendo, Sega, Sony, Microsoft, or any other such party. Watch Dogs is a registered trademark of its copyright holder. This site makes no claim to Watch Dogs, its characters, screenshots, artwork, music, or any intellectual property contained within. Opinions expressed on this site do not necessarily represent the opinion of site staff or sponsors. Staff and freelance reviews are typically written based on time spent with a retail review copy or review key for the game that is provided by its publisher.