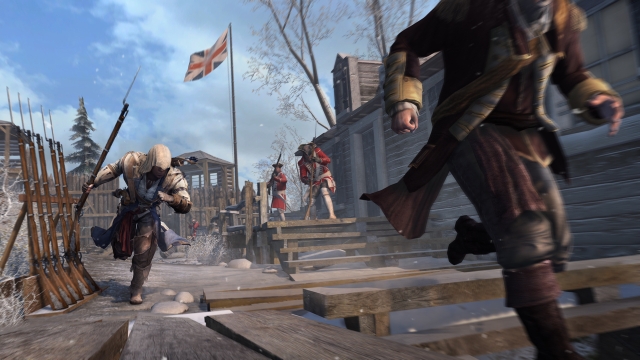 Ubisoft has posted a loss of 32.3 million for the first half of their fiscal year, beginning in April and ending on September 30th.

The loss is largely attributed to the massive promotional campaigns for Far Cry 3 and Assassin's Creed III, the latter of which is Ubisoft's most pre-ordered game ever. So far, the money invested in promoting Assassin's Creed III seems to have paid off, as the game has sold 3.5 million units in its first week. That's more than twice as much as Assassin's Creed: Revelations sold in the same period.