Ivy the Kiwi? now available on iOS in free and paid versions 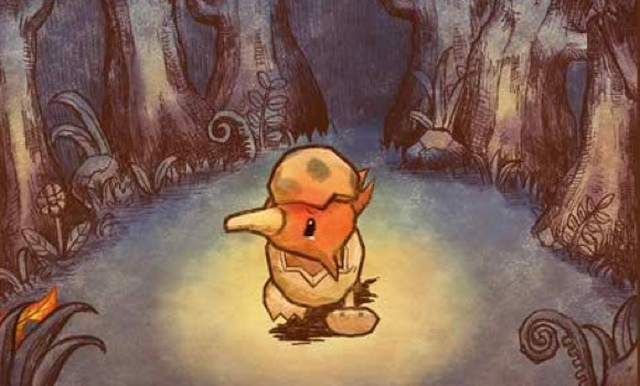 Now you have no excuse for not playing this wonderful game.

Ivy the Kiwi? from Sonic creator Yuji Naka is now available on iOS. The $4.99 iPhone/iPad port of Prope's platformer is currently on sale for only $2.99, but is also available as a free version.

Originally released only for Wii and DS, the platformer from Naka's company Prope stars a baby kiwi named Ivy. Ivy has been separated from her mother and must find her by booking through the jungle. It's up to you to protect the defenseless, perpetually running kiwi by drawing vines to lift, fling and bounce Ivy out of the way of obstacles and enemies.

The iOS version of Ivy the Kiwi? includes 50 levels, half that of the retail release's 100 on DS and Wii. The free version has ads and even fewer levels, but both are compatible with iOS 6's Game Center challenges.

Ivy the Kiwi? was one of my favorite games of 2010 and is a wonderful puzzle/platformer. The action is addictive and the adorable. The heartwarming presentation and story are icing on the cake. Download it for your iDevice today and you won't regret it.

If you enjoyed this Ivy the Kiwi? article, you're encouraged to discuss it with the author and with other members of the site's community. If you don't already have an HonestGamers account, you can sign up for one in a snap. Thank you for reading!

© 1998 - 2022 HonestGamers
None of the material contained within this site may be reproduced in any conceivable fashion without permission from the author(s) of said material. This site is not sponsored or endorsed by Nintendo, Sega, Sony, Microsoft, or any other such party. Ivy the Kiwi? is a registered trademark of its copyright holder. This site makes no claim to Ivy the Kiwi?, its characters, screenshots, artwork, music, or any intellectual property contained within. Opinions expressed on this site do not necessarily represent the opinion of site staff or sponsors. Staff and freelance reviews are typically written based on time spent with a retail review copy or review key for the game that is provided by its publisher.