Hidden content on Resident Evil 6 disc is not paid DLC 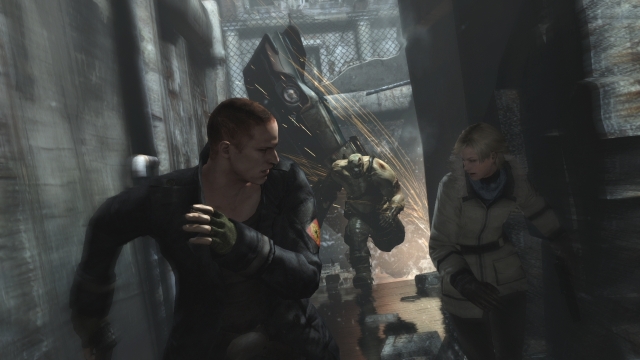 Put down your pitch forks.

Recently, some modders made the discovery that here are a few skins and other assets on the Resident Evil 6 game disc that are not unlockable through regular play. This caused a lot of people to jump to the conclusion that Capcom was up to their old tricks, hiding DLC on the game disc to sell separately later. This, however, is not the case.

Capcom has released a statement saying that some of the things, such as Mercenaries skins, will be unlockable through residentevil.net. The rest will be enabled through a free content update. None of the things that were discovered have anything to do with the already-announced paid DLC that's in the works, and none of it will have to be paid for separately from the main game.

One of the new additions will be a co-op partner for Ada Wong's campaign. It's not really clear how that will work, since Ada's campaign already exists and it's designed for solo play, but it's coming. The update will also unlock Ada's campaign for people who haven't finished the three other story campaigns by that time. The patch has not been dated.

© 1998-2021 HonestGamers
None of the material contained within this site may be reproduced in any conceivable fashion without permission from the author(s) of said material. This site is not sponsored or endorsed by Nintendo, Sega, Sony, Microsoft, or any other such party. Resident Evil 6 is a registered trademark of its copyright holder. This site makes no claim to Resident Evil 6, its characters, screenshots, artwork, music, or any intellectual property contained within. Opinions expressed on this site do not necessarily represent the opinion of site staff or sponsors. Staff and freelance reviews are typically written based on time spent with a retail review copy or review key for the game that is provided by its publisher.