During the Tokyo Game Show, Capcom announced that the beautiful Okami will be headed to the PSN store in North America and Europe on October 30, with a price of $19.99. This version of the game is compatible with Playstation Move and is capable of being rendered in full 1080p if your television permits. 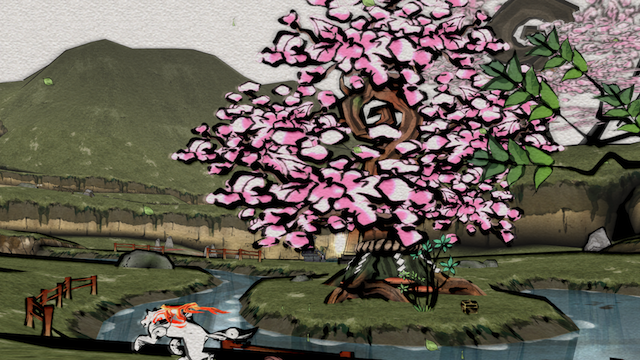 If you have not played Okami before, a description from Capcom may prove helpful:

"Players take on the role of Amaterasu, the Japanese sun goddess, who inhabits the form of a legendary wolf after Orochi, a tyrannical monster, turns the world into a ruined wasteland. She must use her magical abilities and arsenal of items, attacks, and Celestial Brush to restore the land to its previous glory full of life and color. Along the way, Amaterasu will be called upon to help a cast of quirky and intriguing characters and defeat a bevy of brutal enemies to rid the land of Orochis curse."

If you enjoyed this Okami HD article, you're encouraged to discuss it with the author and with other members of the site's community. If you don't already have an HonestGamers account, you can sign up for one in a snap. Thank you for reading!

© 1998-2021 HonestGamers
None of the material contained within this site may be reproduced in any conceivable fashion without permission from the author(s) of said material. This site is not sponsored or endorsed by Nintendo, Sega, Sony, Microsoft, or any other such party. Okami HD is a registered trademark of its copyright holder. This site makes no claim to Okami HD, its characters, screenshots, artwork, music, or any intellectual property contained within. Opinions expressed on this site do not necessarily represent the opinion of site staff or sponsors. Staff and freelance reviews are typically written based on time spent with a retail review copy or review key for the game that is provided by its publisher.