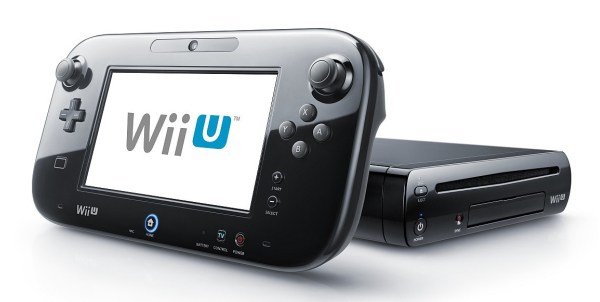 It's a Wii U information explosion!

We learned some tantalising details about Nintendos upcoming Wii U console already when the company revealed a raft of details about the Japanese release. Today it was the Wests turn, and below youll find everything you need to know about the console that Nintendo hopes will be another game changer.

Right out of the blocks, Reggie Fils-Ame, President of Nintendo America, took the stage to reveal when Western markets would be able to get their hands on the Wii U. They don't have long to wait, either; the console will launch in North America on November 18th, well in time for the holiday season. As was announced for Japan, two different bundles will be available.

The basic bundle will be priced at $299.99 and includes the console with 8GB of internal memory, one gamepad, an AC adapter, an HDMI cable, and a sensor bar, all coloured in the now-familiar Nintendo white.

The deluxe bundle will set you back $349.99 and comes with all of the above, as well as 32GB of internal memory, a stand and charging dock (both in moody black), as well as a copy of launch title Nintendo Land. Buyers will also benefit from Deluxe Digital Promotion, which allows them to earn points for buying games online which can then be redeemed against other purchases.

Europeans will have access to the same bundles on November 30th, without the sensor bar included.

More was shown of Nintendo Land in a demo designed to show that the title is more than just glorified minigames. The gameplay shown was from 'Metroid Blast' mode. One player used a standard Wii remote and nunchuck to control a Mii-fied Samus on the ground, while the player with the gamepad controlled an airship. The pair had to cooperate to defeat waves of enemies, including Prime series favourites, the Zabetians.

Also revealed as part of Nintendo Land were 'Pikmin Adventure,' a move away from the series strategy foundation, and 'Mario Chase.'

Lego City Undercover was shown again, with no new details beyond what was seen at E3. The player takes on the role of maverick cop Chase McCain as he tracks criminal mastermind Rex Fury through the mean streets of the city. Gamers that pre-order the title will receive a Rex Fury mini-figure as a bonus.

Revealed later in the presentation were a couple of Wii U exclusives from Platinum Games. A short (but suitably stylish) trailer ended with the title Bayonetta 2 emblazoned across the screen. No hint was given how the Wii U controls might affect the sequel to 2010s popular hack n slash title.

Also revealed was The Wonderful 101, previously known as Project P-100, where the player assumes the role of 100 heroes battling an alien invasion in what were promised will be non-stop action.

Capcom will be bringing Monster Hunter 3 Ultimate to the Wii U in March 2013, as well as to the 3DS. The title will feature full online co-op play, and what was called a seamless link between the Wii U and 3DS systems.

The stage was then taken by Eric Hirshberg from Activision, a publisher that has previously heaped praise on the innovations of Nintendos new console. He reiterated this opinion, saying that with more gamers out there than ever before, theres no better time to get excited by the possibilities of the Wii U. He then showed off a number of games that Activision is bringing to the console.

These were Skylanders Giants, a follow-up to the hugely successful Skylanders: Spyros Adventure; Wipeout 3, another collection of mini-challenges based on the zany TV obstacle course; 007 Legends, an FPS that allows you to play out iconic action sequences from the long-running film franchise, and Transformers Prime, where robots beat each other up and stuff.

The biggest announcement was the confirmation of the Treyarch-developed Call of Duty: Black Ops 2 on the Wii U, which was described as "the most groundbreaking Call of Duty yet." A live multiplayer demo was shown in Combat Training mode, which included AI bots alongside two players on stage. Although the gameplay looked very similar to previous Call of Duty games, the Wii U version promises a number of differences. The gamepad comes into play by offering an alternative to split screen; one player uses the TV while the other plays on the touch screen. If playing alone, your load out can be changed at any point during a match on the gamepad without interrupting the action on your TV. The second screen can also display the mini-map, killstreak rewards, and other familiar CoD staples.

After this, Reggie returned to the stage to say that, although he cannot guarantee which titles will be available at launch, over 50 games are planned for release between November 18th and March next year. A speedy montage of these was shown, featuring a perhaps slightly concerning number of PS3/360 ports including Mass Effect 3, Batman: Arkham City, Darksiders II, and Assassins Creed III.

The biggest surprise of the conference came before these game annoucements, with Reggie promising the "most different non-gaming initiative ever for Nintendo." This was revealed as Nintendo TVii.

The idea is to "make television simple again" by integrating all television services into one place: the Wii U.

3 steps to accomplish this goal were announced:

FIND: The gamepad is used to find a TV show or movie to watch. It uses your Mii profile to work out what you like to watch, as well as taking recommendations from friends and family also using the service. It integrates services including live TV, Netflix, TiVo, and similar services, all in one place.

WATCH: The pad works as a remote to start the show or film on your TV screen.

ENGAGE: While the show is playing on your TV you can use the gamepad screen to look up episode or actor summaries, interact on social media, as well as standard remote features such as pause, rewind, and record. The gamepad will also automatically take thumbnails and highlights, which can be shared in social media, or used to catch up on anything youve missed.

The system looked particularly impressive when it came to sports. As a football match played out on screen, the gamepad could be used to monitor live scores in other games happening simultaneously, look at detailed stats and data for the game youre watching, as well as capturing moments to review later or share online.

The service will come packaged with every Wii U, with no subscription fees.
At first Nintendo TVii will only be available in North America. No word was given on if or when it will be rolled out to other territories.

Theres no doubt that Nintendo is once again taking a big risk with their next home console. The Wii was successful due to its simple innovation and tempting price point, a strategy the Wii U is repeating here. What might prove crucial is Nintendo's ability to lure back the core gamer as well as keeping the casual market onboard. Third-party support will be key; with the number of 360 and PS3 ports shown here, it remains unclear how this support will play out in future.

If you enjoyed this Nintendo Land article, you're encouraged to discuss it with the author and with other members of the site's community. If you don't already have an HonestGamers account, you can sign up for one in a snap. Thank you for reading!

© 1998-2021 HonestGamers
None of the material contained within this site may be reproduced in any conceivable fashion without permission from the author(s) of said material. This site is not sponsored or endorsed by Nintendo, Sega, Sony, Microsoft, or any other such party. Nintendo Land is a registered trademark of its copyright holder. This site makes no claim to Nintendo Land, its characters, screenshots, artwork, music, or any intellectual property contained within. Opinions expressed on this site do not necessarily represent the opinion of site staff or sponsors. Staff and freelance reviews are typically written based on time spent with a retail review copy or review key for the game that is provided by its publisher.