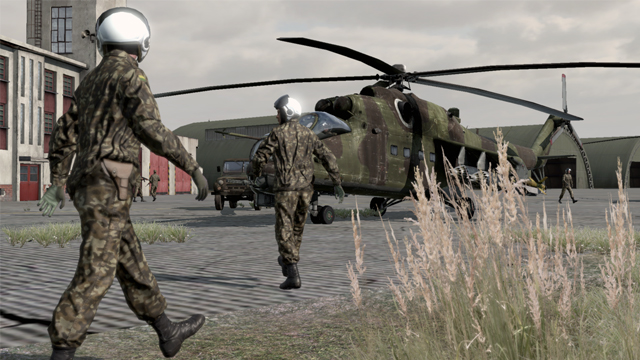 Bohemia Interactive has confirmed the arrests.

Authorities in Greece arrested two Bohemia Interactive developers yesterday, after the two men were caught with videos and photos of a military base in the Greek city of Lemnos. The developers, ages 28 and 33, allegedly told authorities the media was for Arma 3 development purposes, as the upcoming first-person shooter takes place in Lemnos.

Bohemia Interactive, developer of the Arma games, initially declined to comment, until recently, as Joystiq received a statement from the Czech developer's CEO, Marek Spanel. The full content of the letter can be seen below:

We can confirm that two Bohemia Interactive employees, our colleagues and friends, were arrested during their holiday trip to Lemnos. They visited the island with the sole purpose of experiencing the island's beautiful surroundings.

Since its establishment in 1999, Bohemia Interactive has created games based only upon publicly available information. We always respect the law and we've never instructed anybody to violate the laws of any country. The same is true for Arma 3.

Currently, all our effort goes towards supporting the guys over there, as well as their friends and families affected by this difficult situation. We sincerely hope that this is an unfortunate misunderstanding of their passion as artists and creators of virtual worlds.

On behalf of the Bohemia Interactive team,

CVG managed to get in touch with a producer at Bohemia, who said the arrested employees were being transferred to a district court but have yet to be charged.

If you enjoyed this Arma II: Combined Operations article, you're encouraged to discuss it with the author and with other members of the site's community. If you don't already have an HonestGamers account, you can sign up for one in a snap. Thank you for reading!

© 1998-2021 HonestGamers
None of the material contained within this site may be reproduced in any conceivable fashion without permission from the author(s) of said material. This site is not sponsored or endorsed by Nintendo, Sega, Sony, Microsoft, or any other such party. Arma II: Combined Operations is a registered trademark of its copyright holder. This site makes no claim to Arma II: Combined Operations, its characters, screenshots, artwork, music, or any intellectual property contained within. Opinions expressed on this site do not necessarily represent the opinion of site staff or sponsors. Staff and freelance reviews are typically written based on time spent with a retail review copy or review key for the game that is provided by its publisher.