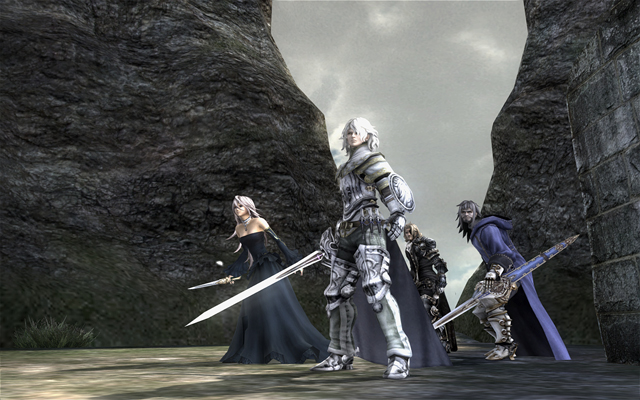 At long last! Mistwalker's RPG will hit the western world.

Mistwalker's The Last Story will finally release in North America on Aug. 14, ending a nearly two-year wait for western gamers who've wanted to get their hands on the RPG since it released in Japan in early 2011. A tweet today by the game's North American publisher, XSEED games, confirmed the release date.

The Last Story's North American launch, though late, will be a major victory for those who took to petitions to bring the game to the western world, a place where Nintendo didn't think there was enough of a market to justify its release. Fans took to the Internet to create "Project Rainfall," a petition pleading for the release of three titles in the west: Xenoblade Chronicles, The Last Story and Pandora's Tower. So far, it's worked.

Xenoblade hit shelves in April, though it was a GameStop-exclusive outing. Now, with Last Story coming this August, Project Rainfall is batting a solid two-for-three.

And with that said: Does that mean a North American Pandora's Tower announcement is imminent?

If you enjoyed this The Last Story article, you're encouraged to discuss it with the author and with other members of the site's community. If you don't already have an HonestGamers account, you can sign up for one in a snap. Thank you for reading!

© 1998 - 2022 HonestGamers
None of the material contained within this site may be reproduced in any conceivable fashion without permission from the author(s) of said material. This site is not sponsored or endorsed by Nintendo, Sega, Sony, Microsoft, or any other such party. The Last Story is a registered trademark of its copyright holder. This site makes no claim to The Last Story, its characters, screenshots, artwork, music, or any intellectual property contained within. Opinions expressed on this site do not necessarily represent the opinion of site staff or sponsors. Staff and freelance reviews are typically written based on time spent with a retail review copy or review key for the game that is provided by its publisher.