Transformers: Fall of Cybertron to ship earlier than expected 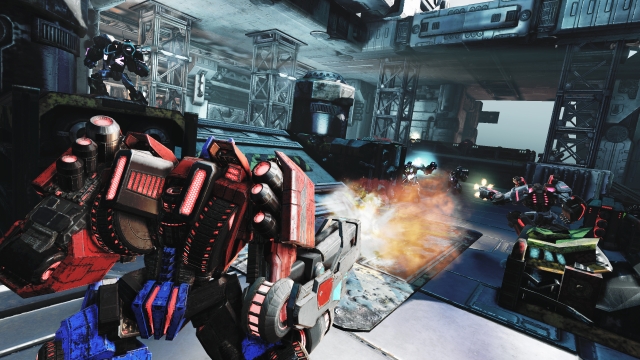 Activision announced today that this fall's Transformers: Fall of Cybertron, which was formerly announced to hit shelves on Aug. 28, will release one week earlier on Aug. 21, according to Destructoid. Developer High Moon Studios is apparently so excited with its product, that it just couldn't wait seven more days for fans to get their hands on Fall of Cybertron.

The title was first revealed on a Nov. 2011 Game Informer cover and looked immediately promising. Fans hoped -- at the very least -- Fall of Cybertron would best High Moon's previous Transformers outing, the movie-based tie-in Dark of the Moon.

With the game's release date moved up a whole week, I guess we'll know if our hopes were deceptive a bit sooner.

(I really hate myself for that pun there. I'm so sorry. I'll stop. Pinky promise.)