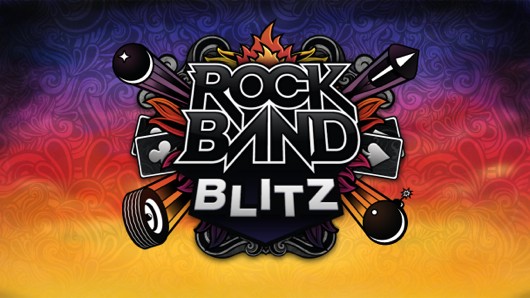 Harmonix is finally ready to spill the beans about their upcoming PSN and XBLA Rock Band spinoff, Rock Band Blitz.

Firstly, they've released a trailer demonstrating a couple of the new power ups. Specifically, Band Mate, which plays one of the four instrumental tracks in a song automatically, and Pinball Note, which sends a giant pinball rolling around the track, hitting notes and building your score.

They've also revealed a partial list of songs that will be included with the game:

That list is only partial and the game will work with previously released Rock Band DLC.

Rock Band Blitz is due out on PS3 and Xbox 360 as a download title this summer.