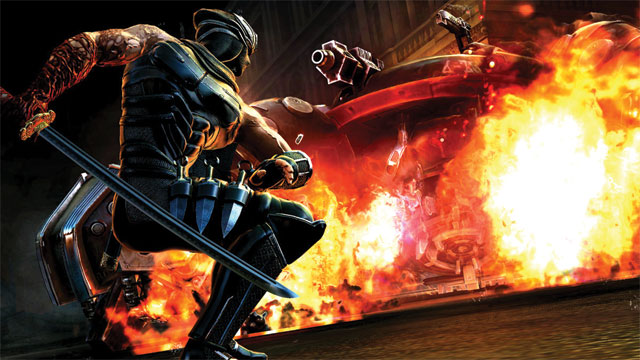 Not a very ninja launch day, you could say.

As ninja-like as Ryu Hayabusa is, he couldn't ensure the launch of today's Ninja Gaiden III went off without a hitch.

Game Informer is reporting that several buyers of the game are having trouble redeeming the title's online pass, which allows folks to fully access the game's multiplayer mode.

Tecmo, meanwhile, is aware of the issue. They released the following statement via Facebook:

It's not the first title have to launch day issues with its online passes. Batman: Arkham City had issues with its Catwoman DLC codes when it first launched last October, for instance.

It's already 4 p.m. Pacific time, so PS3 owners might be in luck right now. We'll keep you posted on any news on the Xbox 360 version's functionality.

© 1998-2021 HonestGamers
None of the material contained within this site may be reproduced in any conceivable fashion without permission from the author(s) of said material. This site is not sponsored or endorsed by Nintendo, Sega, Sony, Microsoft, or any other such party. Ninja Gaiden III is a registered trademark of its copyright holder. This site makes no claim to Ninja Gaiden III, its characters, screenshots, artwork, music, or any intellectual property contained within. Opinions expressed on this site do not necessarily represent the opinion of site staff or sponsors. Staff and freelance reviews are typically written based on time spent with a retail review copy or review key for the game that is provided by its publisher.