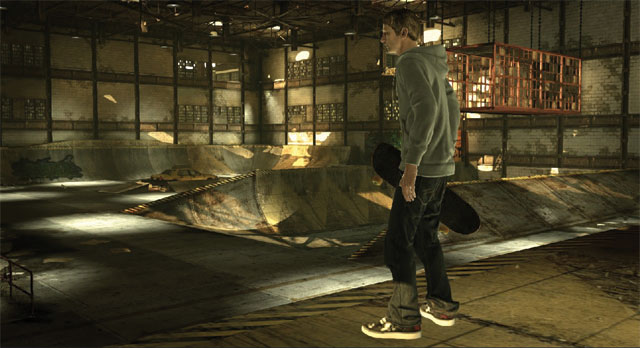 Tony Hawk's Pro Skater HD is a HD remake of the first two games in the formerly-hit series of skateboarding games for PSN and XBLA, but it might not stop with numbers one and two if it's well received.

The man himself, Tony Hawk, says that levels from other Tony Hawk's Pro Skater games could be released as DLC. "The dream of doing this is we can throw levels from 3 and 4 and make them downloadable in this," he said. "We can use this as a foundation and platform for that. I really want this to be a foundation we build on so we can do more levels, more skaters, more content that you can download because this is kind of revolutionary to do a franchise game as only downloadable."

An Activision spokesperson was asked for confirmation and replied "Activision will see how THPS HD does and go from there," and added that levels from other THPS games are certainly possible.

If you enjoyed this Tony Hawk's Pro Skater HD article, you're encouraged to discuss it with the author and with other members of the site's community. If you don't already have an HonestGamers account, you can sign up for one in a snap. Thank you for reading!