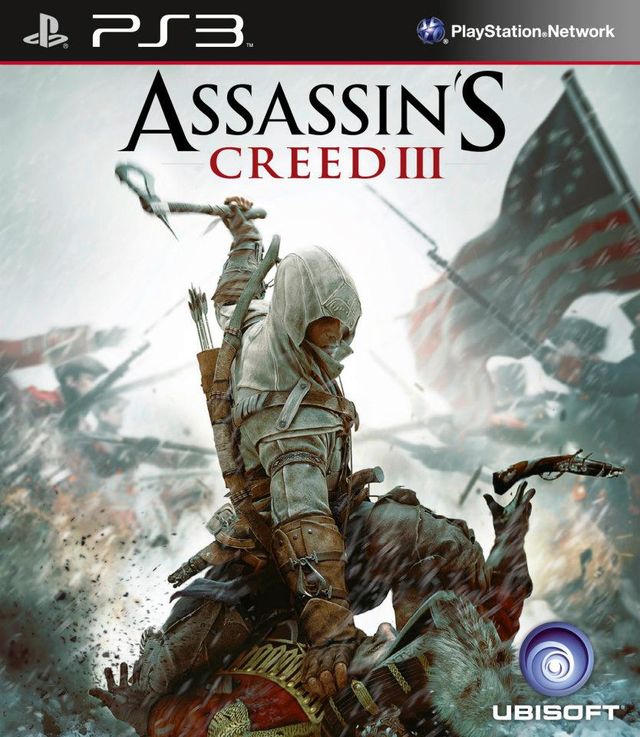 Ubisoft has officially revealed the box art for this fall's Assassin's Creed III, and it appears that the rumours of it taking place during the American Revolution are true.

The art shows our new protagonist, whoever he is, wearing a Native American-inspired take on the traditional Assassin's garb. Noticeably, he's not wearing a robe. You can also make out a few weapons, including a gun, tamohawk (complete with a blade shaped like the Assassin symbol), and bow.

This setting does raise some questions about the game world, specifically "What buildings do they expect us to climb in Revolution-era America?" and "Will Ben Franklin be the new Leonardo? Because I'd totally be down with that."