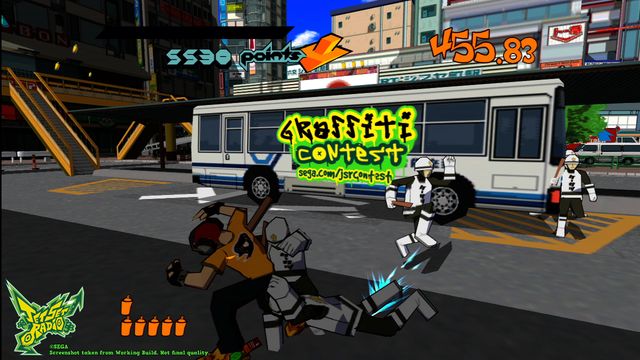 Sega has also announced a contest to promote the game. North American and UK citizens will be able to submit their own graffiti designs, from which 18 winners will be selected. The winning entries will be included in this rerelease of the game, and their designers will get some cool swag for their effort, including a Jet Set Radio branded hoodie and drink mixer, as well as an Etón Rukus Solar (a solar-powered portable sound system) and two copies of the game, one for PS3 and one for Xbox 360.