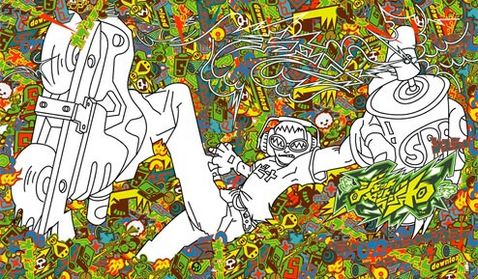 Jet Set Radio is one of Sega's many beloved franchises that has been dormant in recent years, so this is good news for series fans.

Sega has released a teaser trailer for the next Dreamcast game to be released via PSN and XBLA. While it doesn't actually name the game, the radio logo is unmistakable. It's certainly Jet Set Radio. (Or, Jet Grind Radio depending on your region.)

Jet Set Radio is one of Sega's many beloved franchises that has been dormant in recent years, so this is good news for series fans. It's unclear if the game's soundtrack, comprised mostly of licensed tunes, will be a problem. The PSN and XBLA release of Crazy Taxi had its similarly licensed soundtrack replaced.

Sega hasn't released any details about this release beyond the teaser. We'll keep you posted.