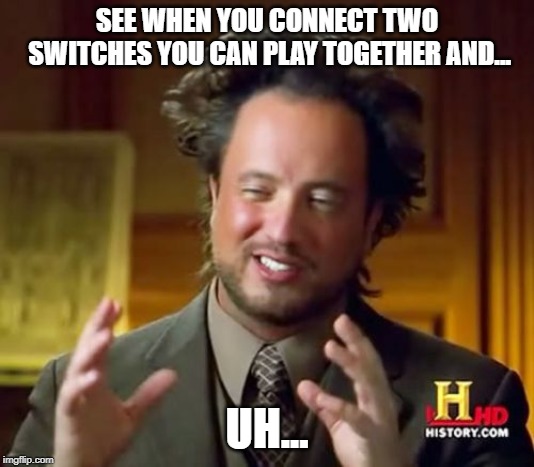 Summarizing Super Mario Bros 3 is a bit of a quandary, I mean, how do you make sense of all the intermixed elements and themes? You dont have to. Thankfully its gameplay takes two easily understood forms: A map around which you navigate for level selection, and platforming challenges that present step by step increases in difficulty and learn as you play mechanics. Short but challenging levels ensure that youll have some mastery to achieve that wont exhaust your patience quickly. Each of the games eight maps have cute, animated sprites and a catchy-if repetitive-visual and audio theme, and levels have a tendency of complementing those themes.

The bottom of the screen is divided up into a panel that tracks your score, extra lives, P-wing meter and sundry typical of the franchise. Pressing B on your controller will flip this panel over to reveal a place to store items collected from Mushroom houses and the Hammer Bros youll encounter along the way. Theres plenty to discover, and though Super Mario Bros 3 isnt lush with secrets, if you know where to look there are whistles to find that can hasten your invasion of Bowsers fiery world.

Owing to the limitations of the NES, the soundtrack consists of charming melodies that are surprisingly easy on the ears, particularly considering the typically tinny output of the machines audio hardware. The worst offenders are the less than thirty second themes played during map exploration, which in spite of Kojis best efforts, can warrant lowering the volume if left on for too long. Your patience will dictate that, of course. The games more famous melodies are very catchy, memorable, and covered by fans and musicians for at least two generations by this juncture.

Super Mario Bros 3 may be a sequel, but like its progenitors, it was designed to be played by newcomers and veterans alike. Each level introduces the player to a new mechanic and then encourages them to play with it until they feel ready to try something else, which the next level provides. Level 1-2, for instance, introduces the player to sloped hills that you can slide down, knocking out enemies in your path. You probably wont even need a manual to figure out how it works, either. Every game mechanic is introduced in this way and eases you into the titles most arduous challenges.

Meanwhile, a new mid-boss castle introduces the now famous Boo, who blushes shyly and wont move until you turn your back, skeleton enemies, lava pits, and more tricky traps. Each castle has its own gimmick, with one even presenting itself as abandoned. The last castle in each world has an airship that will escape if you dont beat its owner Koopaling on your first try. It will scurry around the map and wait for you to give chase, which keeps things interesting. Nintendo has come a long way in level theming from their days of having someone tell you where someone else isnt.

Maps would like to give you the chance - emphasis added - to earn extra lives with spin-to-win face matching and card flipping mini-games that give you just one swing at em. These are useful but not as dependable as knowing where to find them in levels. If youre thinking of farming 1-UPs, Ill have to disabuse you of that notion. When you beat a level it is cleared and cannot be repeated. Super Mario Bros 3 carries with it the classic burden of difficulty, as it is less forgiving than what modern players have come to expect.

Worth mentioning is two player mode in which the first player assumes the role of Mario, and the second, Luigi. Just in case you were worried that had changed order, for some reason. Taking turns to choose levels, the active player can contest the issue of who does which level - we all have favourites - by moving their character onto the other players map marker. Doing so loads up an updated version of Mario Bros, in which you knock out enemies on platforms, or try to exhaust your opponents supply of three lives. The winner becomes the active player and is thus able to choose their level of preference.

It was an impressive achievement in terms of programming, but one I can understand not making it into successor titles. While were on the subject of new things, several new powerups revitalize the run-and-done platforming routine. Most recognizable of these are the Leaf and Tanooki Suit, which were brought into future releases of the franchise. The Hammer Suit is fun, but the Frog suit is extremely limited and almost a waste in spite of the mobility it affords in water. Theres more, but Id rather you had the joy of discovering them for yourself. At launch, nothing was as dynamic and exciting on the NES as was Super Mario Bros 3.

Yes friends, this was the seminal send off for the NES. It was evident, sometimes painfully so, that the hardware had been pushed to its technical limits. Nintendo wasnt going to eek any more out of the 8-bit console, and unavoidable visual artifacting tipped their hand in this respect. The game itself was so much larger than anything prior, which makes it a bit of an oddity that there is no password or save system. Even though its not a long game, you were expected to beat the game in a single sitting. Fortunately, things are different with this release.

This is a repackaging of Super Mario Bros 3 comes via Nintendos Online subscription service as part of a collection of presumably bestselling NES titles. That may seem straightforward, but it introduces a few wrinkles to the scenario. For instance, there are save states called Suspend Points - in event of any confusion - that can hold up to four snapshots of activity, which can then be restored at your leisure. No, theres no fast forward feature, but that only makes sense given what Im about to describe:

Thanks to the wonders of modern emulation, two players can play online, together, just about anywhere Wifi can be accessed. Cool, right? Sure, if youre a fan of these games. Detrimentally, Nintendo's propensity of re-releasing their landmark games means that very few of their consoles have not had access to one version or another of these game, so theres not much demand for them. The fact that no one has noticed, or seems to care about the erratic slowdown that effects some levels indicates that Nintendo has an uphill battle where this is concerned. As might be tradition, they dont appear to be in a hurry to make this Online package any more attractive.

Incidentally there are some clever two player co-op and competitive options for single player only games, but I haven't as yet tried those out.

To understand why we need to digress for a moment, but I promise Ill keep it short. Nintendo has come to the Online party more than late dressed in yesterdecades out of style fittings. Mainstream emulation made network play of this sort accessible years ago, and that could well be why theyre able to offer the service so comfortably now. Im hopeful that they did put more work into it than, say, Sony, but in the end their effort falls short of what fans were opting for, including myself. Realistically they can sweeten the deal, but that remains to be seen.

This doesnt change the quality of Super Mario Bros 3, though, and new features like Suspend Points, the portability of the Switch, minimal battery usage and online play make it more appealing than it may ever have been. As complementary software goes, this is still one of the best platformers of the franchise. If youve got Nintendo Online and havent tried this title, dont overlook it.