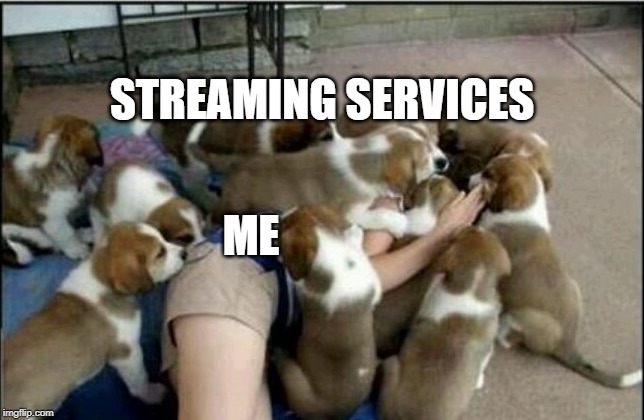 So far feedback is mixed. Most of the roster is games that have very niche appeal. Anyone playing these games now is already doing so on real or emulated hardware, and has little to no reason to pay a monthly fee for access. Yes there's an untapped potential audience, but this service has to compete against a plethora of free mobile games that offer as much distraction capability without any of the constraints of streaming.

Google's proposition is highly questionable and they have the money and means to affect infrastructure (something at which they have notably failed), and I can confidently say that their limited launch speaks volumes about how much trouble they expect to have with the platform. It is, after all, a new beast. New hardware, new software. The hardware may be well understood, but software... well we all know that story.

After all, it's not as though Jon's intentions are anything but genuine and well meaning. Unfortunately for him this streaming product is going to compete against every streaming product currently available in addition to those on the horizon. There's so much in the air that there's actually something that resembles ... well, it's not excitement, nor is it anticipation. I'd call it "curiosity". Basically it feels to me like everyone is watching to see who will fail.

That's pretty cruel, but typical of attempted industry shifts like this. Gamehut, aka Antstream and Google aren't alone in this movement, either. Apple has several new services planned, including a gaming subscription service, and I deem it the most likely to succeed given its basis on offline play. Time will tell, however. Also joining the fray is Disney - in November 2019 - though theirs is video streaming only, but you can bet your thumbs that they'll amass a slew of subscriptions as they haul in their products from competing services like Netflix.

The obvious flaw of infrastructure that isn't up to snuff - and may never be - isn't the only challenge these services face. Video streaming need only have the content, and since Disney does, well, as long as the prices are reasonable... they're good as solid. There are more pressing challenges that these service face. They've got to compete for our disposable income, for one, and our time, since we only have so many hours to spare for entertainment at any stretch. However, online game services have another problem, one that Sony, Microsoft and Nintendo have pretty much figured out.

The argument of game preservation. First of all, it's not possible to preserve everything, but it is possible to preserve what people want to play. At this point those who want to play, have what they want, and want little more. The barrier to entry is lower than ever with emulators that run well enough to be shipped in retail products released internationally. There are frontends that handle the configuration of emulators - for the most part - that make them "fiddly". Clearly Jon knows this, though he's not wrong.

What kind of market share does he expect to win? As it stands most of the games didn't interest me, nor anyone in my social group. Looking at an old game I expect it to be cheap, and I expect it to run exactly as I remembered it to. Nostalgia can be disappointing, but if I'm invested I'll take that risk. The reality is that this service pays those industrial players who are still around to talk licensing. What about the ones who aren't?

What about the games tied up in cross-licensing that never get sorted? What about the little known games that have a cult following? In trying to serve everyone, services like this will serve absolutely no one, and if the players aren't happy, they'll back off and go back to whatever Free-To-Play is currently ruler of the roost, or whichever has their attention.

Nintendo, who has an internationally recognized library of treasured titles may be making the smartest move by not dumping the whole buffet in players' laps. I have flat out no interest in a streaming game service of any description because there's no way for it to equal the experience of a locally installed game. They're asking money for the improbable presented as "it looks good". Ask me sometime how well Google Mail performs on my i7 on a fibre internet connection. (Spoiler: It doesn't.)

Yes the videos look good, and Stadia plays well at trade shows, but nothing beats down products like a stroll down mainstreet. How will these streaming services fare when the big fella on the block comes along and comments on their nice controllers?

I know where I stand on these things, but how about you? How much is too much? Are we there yet?