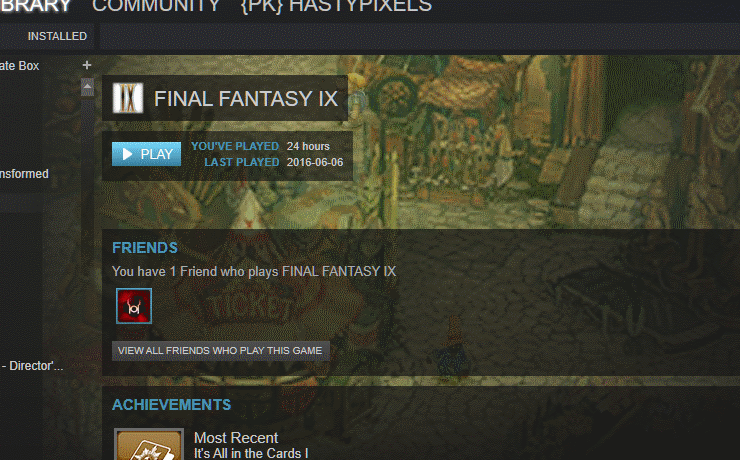 Where I Began
I have a vague recollection of the first time I picked up a Super Nintendo Entertainment System controller that vaulted me into Chronos distinctive reality. Memory can be vague, and I could imagine that it was in the company of a friend, or with a Rental sticker on the cartridge; perhaps it was the time I relived the adventure in retelling to another Role Playing Game fan who had yet to discover the ground breaking, time travelling tale.

That is perhaps part of the inspiration for Chrono Trigger, I could easily ascribe such, logically. However, my experience with the game was probably not much different than yours. I ran around, stole lunches, drank competitively, beat up a robot; checked on the girl Id knock over first and definitely did not wait around for her to decide what candy she wanted.

Then I was judged summarily guilty as a subversive terrorist against the Kingdom and locked up in a tower. What a morning! To suggest I wasnt have a great time would be a mistake, even though I learned, much to my chagrin, that the game was taking notes about my choices. That there were tangible consequences to my actions was a lesson I did not forget.

I didnt care for a second that it was genius world building, mechanics-in-story seamlessly interwoven. This is a game that defined how time travel mechanics, world building and character design needed to work. No one aspect of its design received less attention than any other, and this is apparent even in detailed analysis.

Chrono Trigger is a masterwork of pixel art, eight channel orchestral character themes, strategic turn based combat and some of the most memorable characters youre ever likely to meet. With character designs by Akira Toriyama, music by Yasanori Mitsuda and Nobou Uematsu, this is no doubt the consoles most ambitious title. Many of RPG gamings most familiar tropes got their start here, even if it did not originate them.

A Fantasy of Power
Chrono Triggers defining quality is its ability to allow you to become invested in your choices. Even if you dont care, personally, for Marle, the rudderless princess you knock over, concern for her life and your impact upon it places you squarely in the middle of events. Your personal involvement with each of the characters not only dictates how much work you put into them, it also determines the outcome of the game.

To quote Nick Fury, Ever been in a war, Councilman? Did you feel an over-abundance of control? Each choice you make has an ever outward scaling knock-on effect that draws you to an apocalyptic conclusion seemingly beyond your control. You can escape death, rescue the princess, thwart the tyrant and even befriend the monster, but can you prevent the destruction of all humanity? Perhaps the ultimate answer we seek is addressed by Chrono Trigger: We can decide the outcome of the future.

Grandmastery
The heads of the creative team behind Trigger are considered grandmasters of their respective art. Their music, character design, pixel art and world design have inspired countless people to try their own hand at it. I submit there is no greater achievement than that. Let us not forget that the programmers also achieved an incredible feat on the aging console.

I remember being astounded that I could talk to someone and then run around the screen with the dialogue page still on screen. At the time I called it multitasking, though in truth its probably closer to task switching. Ever the techhead, I was impressed at the performance of that little grey box. Spell effects were impressive, many of which filled the screen in a showy fashion not before thought possible.

To say that these developers and creators were at the top of their craft is a fact, and they pushed the SNES to its limits and proved it still could awe the fans ... without the use of any in-cart accelerators, I might add. There is no substitute for creative talent, and Chrono Trigger stands as a testament to that fact. So why is it so easily overlooked?

Progression and Heroism
I stared in heartbroken awe as Chronos sixteen pixel tall figure was disintegrated by Lavos vicious attack. Then, as Undertale would say, I was filled with determination. I had rescued Marle from death, and didnt believe for a moment that he would succumb. I knew in advance that he was locked as the first party member for a reason.

It wasnt cynical anticipation; I knew something terrible was going to happen. Id watched games try new things and was curious what was next. Excitement may be a strange attribution to player death, but I trusted Chrono Trigger to continue to give me choices. When given the opportunity to restore the timeline, I got right to it. I know now I didnt have to bring him back, but heres the thing: When I play Chrono Trigger, I cant bring myself not to.

I feel obligated to bring order back, to restore what is ruined, to vanquish darkness and win the day. I know it stems from the deeply rooted sense of right I have within me, and heres something else: Ill never try to get any of the other endings. Stick with me, Im going somewhere with this.

Your Ending
There are thirteen distinct endings in Chrono Trigger, and each can be effortlessly pursued thanks to New Game+, which grants you all of your prior equipment. You can defeat Lavos at less than half of your partys maximum strength. That is a clever hint; all of the games potential has not been exhausted, and neither has yours.

In 1995, no one was told Chrono Trigger had multiple endings. The Internet was slow and communication was sluggish and not centralized. Translation: We didnt have Facebook, Skype, Discord or any social media forum of significance. I dont know how long it took for word to get around about alternate endings, but our perception of the game as complete was transformed. I didnt have access to Chrono Trigger to explore the other endings, so for me, it was, but I dont recall wanting very much to pursue those endings.

Did I find the man in the spacesuit underwhelming? Mechanically, not at all. Core Lavos can still be a tough fight if youre not on your toes or privy to its defences. Akiras designs have a tendency toward silliness, so I wasnt exactly surprised. Defeating Lavos, though, isnt the point of the game.

Cause Without Root
The emotional resonance we talk about as reviewers, players and critics, is a blustery way of saying I felt that. Determination to win was what the characters, quests, music and art gave me. I remember feeling joyous  happy-sad  when Marle was re-united with Chrono. It may be ironic that Chrono Trigger doesnt have a lot of emotional resonance.

All of its storytelling force comes from its ability to make you want to complete the goals that you own. They arent your goals; theyre preset, and can be broken down into a flow chart of relatively simple cause and effect events. We know that doesnt lessen their meaning, because we make simple choices all the time. The difference is we get to see the resolution, or conflict, that comes of those choices in a short time frame.

Stories struggle with multi-universe scenarios. Chrono Triggers successor, though not direct sequel, Chrono Cross, is a branch from the reality of that narrative root. Players, when presented with forty characters to chose from, would chose not to play the game. Would a direct sequel have worked better? Would it even have been possible? I doubt it; other games have tried to recapture the magic and been panned in the attempt by critics and fans alike.

Chrono Trigger speaks to the power of our choices, and the uncertainty of consequence. Perhaps if it had just one ending, it would be more favourably regarded. It does not pretend that your choices do not matter; that there is only one possible outcome. It takes a risk and entrusts you with the fate of everyone within its world.

Why do I call this an underdog? Chrono Trigger changed how RPGs played and our expectations. It is easily glossed over as one of the best RPGs of all time, possibly because of its signature art style and narrative themes. When the world had moved on to Final Fantasy Tactics, critics still recognized Chrono Triggers deeper influence.

Is it preservation that has caused Squaresoft, and now Square Enix, to shut down every reinterpretation of its work? Three dimensional worlds do not suffice, novels of great respect, nor even a modest upscaling or remastering of the original assets behoove. Their narrow path of marketing does seem puzzling in the face of so many remasters of their other franchises. Lets wrap this up.

Conclusion: Infinite Inventory
Chrono Trigger is a seminal classic. It has a novel presentation that relates the power and powerlessness of choice. Its music is some of the industrys finest, and extolled strong female characters well before it became an industry focus, thanks to Lara Croft (also released in 1995). It continues to sell in a largely unmodified form, ported to many platforms.

It's greatest weaknesses are indeed simple: Akiras particular art style may just rub you the wrong way; the main storyline is uncharacteristically short. Some music themes can overstay their welcome, rarely exceeding a minute in length as was typical of the SNES. Multiple endings can be a chore to pursue.

Nonetheless, this is widely regarded as a must play, and is available on mobile for Android and iOS. If youre retro-curious, it was also ported to Playstation One and Nintendo DS with additional features including animated cutscenes, additional endings and more. Nuff said.