There are four types of fixer contract: Interception, Decoy, Transporter and Getaway. You'll perform those same contracts in various areas around the map.

One additional point worth noting: if you have Convoy missions that haven't shown up on your map yet, complete a few Fixer Contracts and they will magically appear. At least for me, nothing could entice the last five to appear until I started completing contracts. 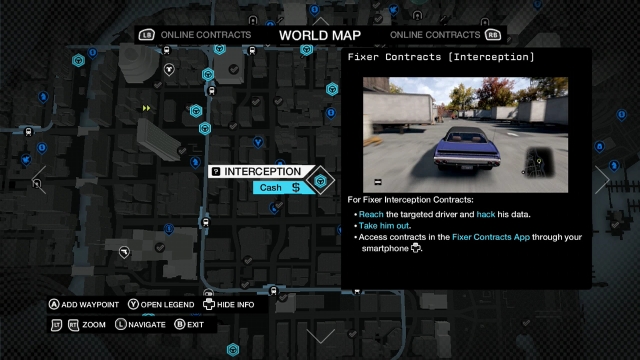 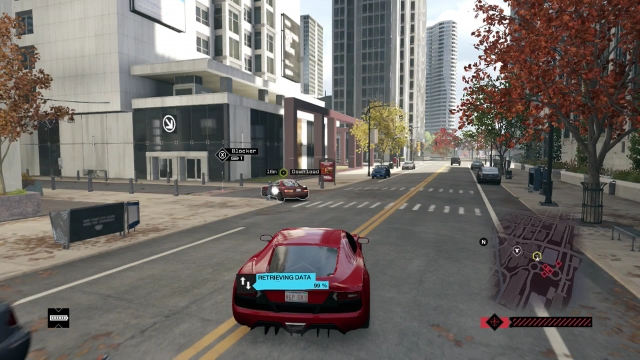 For Interception, the goal is to reach a driver and hack his data before eliminating him. You need to tail him while he drives through the streets, so start with a good vehicle and be ready to weave through traffic. Your pursuit does not go unnoticed. You'll eventually have to avoid other drivers who are trying to prevent you from capturing the data. You can use traffic to eliminate them, but don't eliminate your target until you have all of the data. Then it's a good idea to use a bit of traffic to ruin his car and drive him over as he gets out of the vehicle. The contract is satisfied once you take down your target, even if his friends are alive and well, but it's never a bad idea to make a clean getaway thereafter. 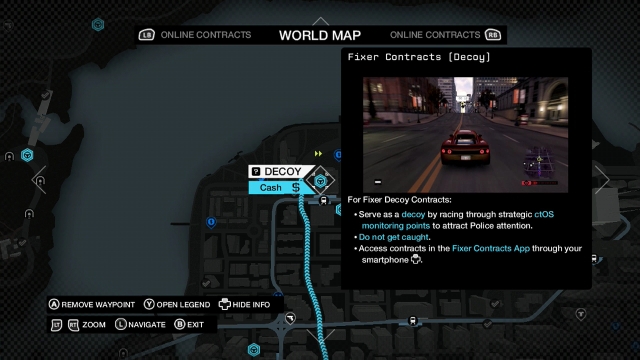 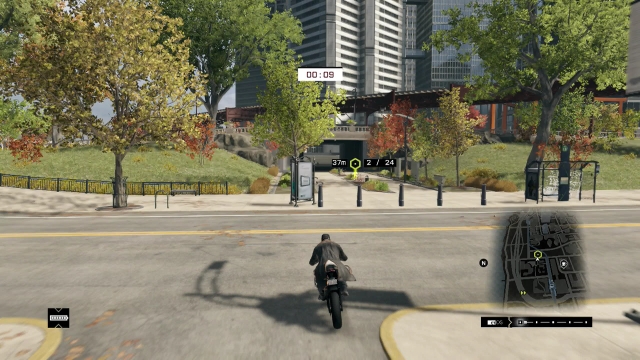 Your goal here is to avoid police pursuit, by chasing through checkpoints that will attract the officers to you. Clearly, you're covering for someone else. Just as clearly, it's best if you don't get caught. Simply drive around from checkpoint to checkpoint, stirring up trouble and keeping the heat far enough off your tail that you don't get busted, until your clients have done their dirty deed. This is really just a checkpoint race in disguise. If you take too long to get from one point to the next, it will end prematurely, and you don't have a lot of time to spare. You also have to drive the vehicle designated, which can sometimes be a pain. 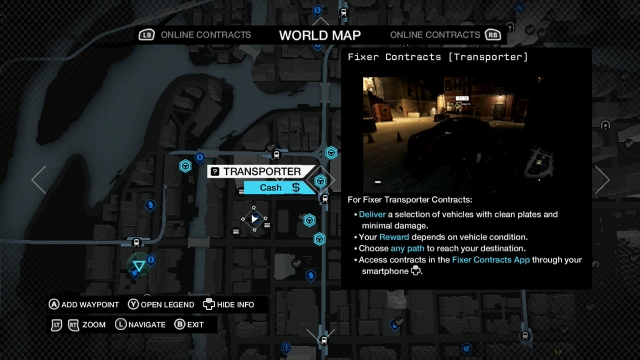 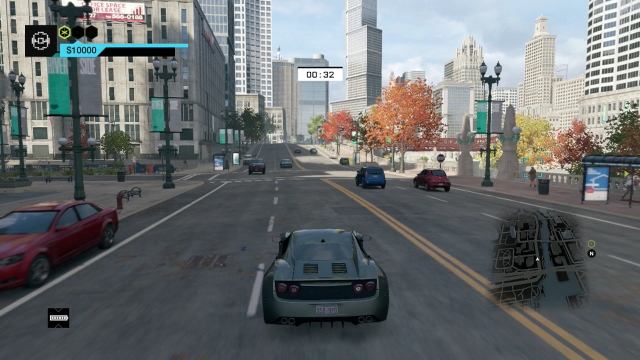 Your job here is to do your best Jason Statham impression as you deliver a series of vehicles from one point to another, hopefully without damaging them much in the process. Minor scrapes and such won't hurt you. Drive quickly and stick to whatever streets you like while keeping an eye on the mini-map. You don't have to drive far, typically. If you deliver one vehicle and fail on the next one, your progress up to that point is saved, so you don't have to start over completely (which would have been a real bummer). Slick driving will make these courses relatively easy, especially if you're comfortable with the city streets. 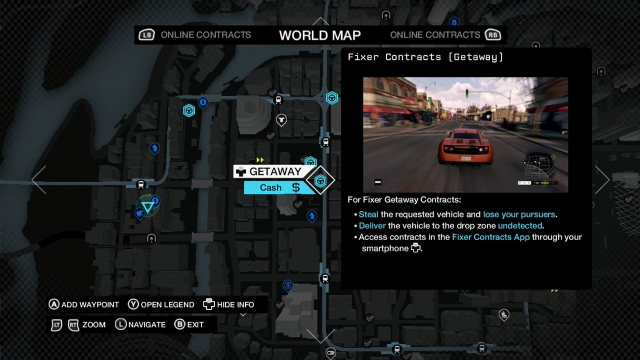 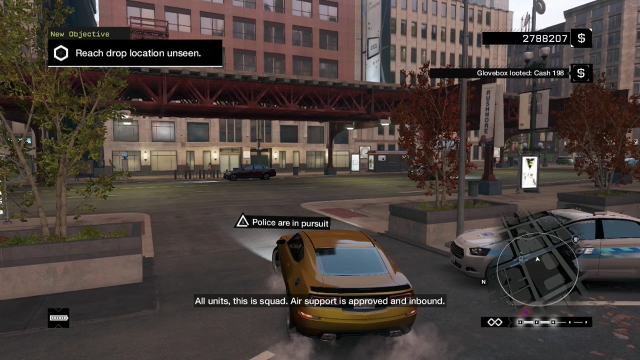 Here, your goal is to steal a vehicle and lose pursuit before delivering it to a drop zone without anyone noticing. That's difficult, since the police are in pursuit. Your best bet is to get an early lead. A mission may begin with you stealing an impounded car right from a police station lot, but you can quickly take to some straight stretches and get a quick lead. Once you have that, just avoid crashing into other traffic as you head to the designated point on your mini-map.