Now you know who was responsible for the tragedy that befell your family. It's time to tend to that individual. This will be a long, involved mission, as you might expect based on its title.


As the mission begins, you'll get a phone call from Clara as you receive your objective, which is to head into the Merlaut Hotel in search of Mr. Quinn. Just trot along the grassy area to reach the point marked on the map. As you get near, your objective updates.

Eavesdrop on Quinn's party and find him.


There's a building security router ahead of you, on the outbuilding. Press the button indicated and hack it. You'll get to watch a speech.


Quinn headed off and the mayor followed, so now you can follow by camera. You have to do so in a hurry, so look for a camera to the right of the staging area. Travel to it, then from there find a camera to the left and follow the cameras along that route to reach a panel that you can hack. 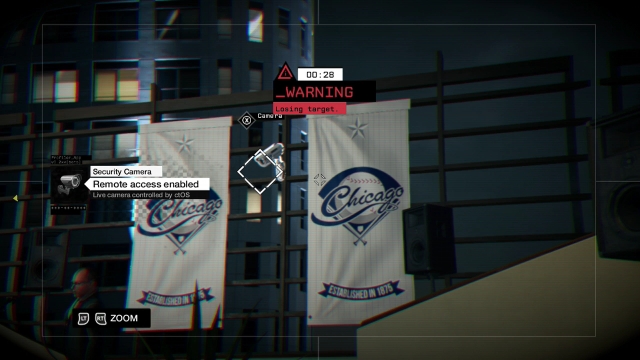 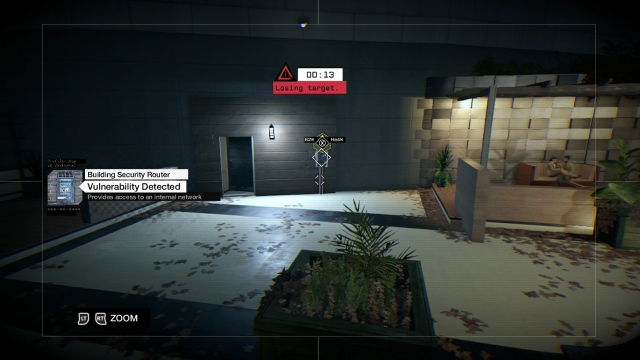 When you hack the panel, you'll catch up to your two targets in time for an illuminating conversation. Then you have a new objective.


Beyond where the mayor and Mr. Quinn were talking, a camera is mounted on a wall. Travel to it, then look forward from its position and toward the right to spy another camera. Travel to that one next. It points toward a table. A couple are making out to the left, and to the right you can find an Audio Log. There's also a building security router you can hack, just beyond it. 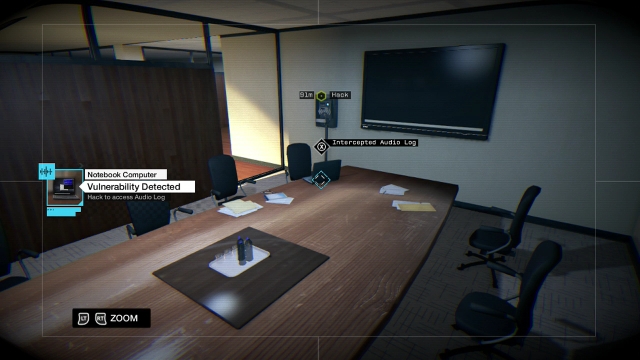 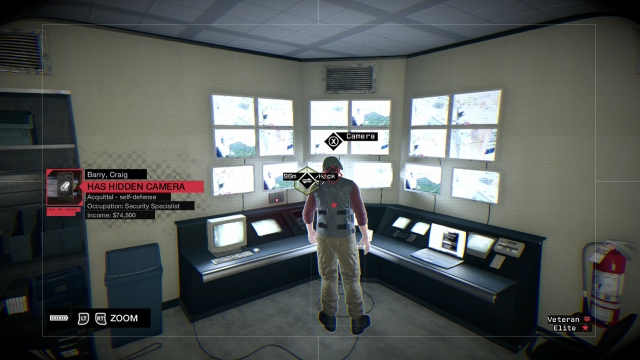 Predictably, hacking the router requires you to play through a hacking mini-game. It's an exceptionally easy one. When you finish it, you'll be looking at a security room. You can hack a notebook for a note about Clara. You can also travel to the camera mounted on a security guard. Do so, and then hack the control desk in front of him (rather than just hacking it from the camera).


The man who provided you the view of the console will now turn and pass through the door to his left while commenting that he perhaps ought to call somebody. As he walks down the hall and toward the right, you'll see a circuit on the wall. Hack it to overload it and produce an explosion that cuts your feed. 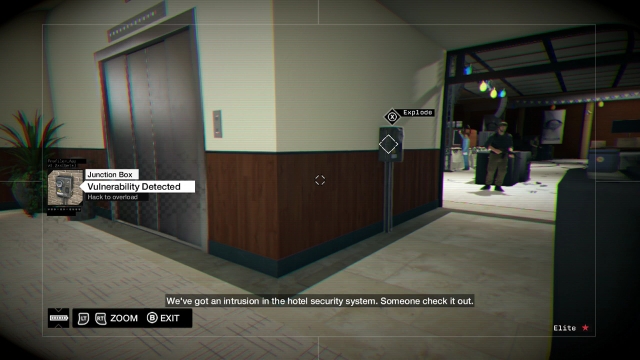 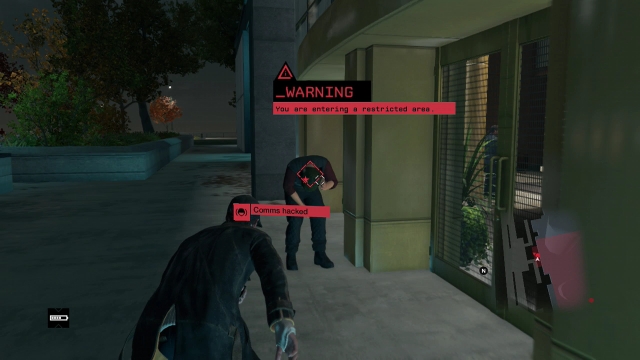 Now you're outside again. Head forward toward the hotel and now you can take a variety of approaches. You can waltz right through the front door if you like, or head around to the far side and enter along a side door. The latter approach is ideal, because you can most easily take on one guard at a time as you make your way into the building


Once you enter by way of the hotel's left entry, head down a hallway on your right (back toward the lobby), then left toward the main open area. As you go, watch your mini-map for indicators that enemies are near. Often, you can mess with their audio and then run up and perform a takedown move while they are recovering.

There's a camera at the end of that first hallway that points left into the lobby area. Use it to get a feel for where you'll encounter resistance, and possibly to find guards to hack so that they can't call in for reinforcements. There's also an Audio Log, and another camera that will take you closer to the action. To the left, you'll find a back room, which is where you need to go once you're done spying. Head in that direction, keeping a close eye on your mini-map so no one surprises you. 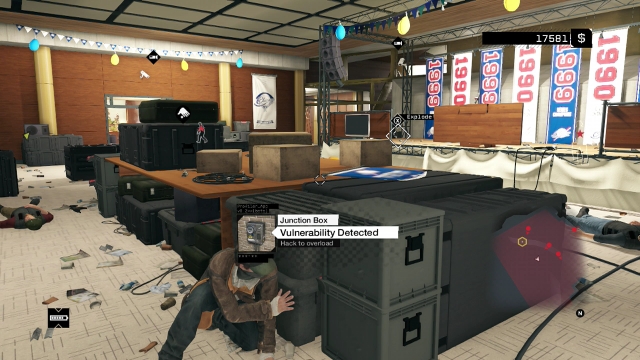 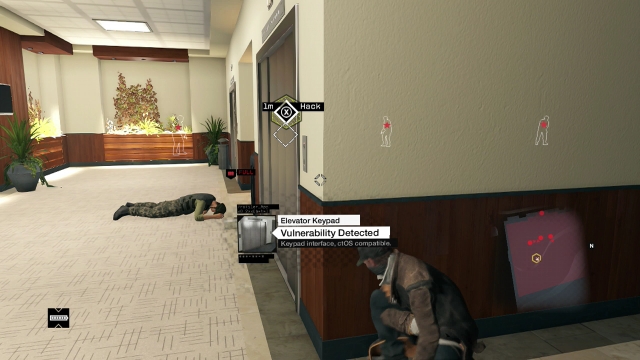 When you get to the back area, there are a lot of small stands that are great for cover. If you approach carefully from the side, you only have to deal with a guard at a time. There are cameras that you can hack into in order to get a view of circuit breakers along the wall that you can override, and takedown moves work fine for stragglers without calling attention to your presence. The unconscious bodies are apparently not a clue.

When you get around to the back side, you can hack the panel at the base of an elevator. Then you should wait for a moment. Presently, the doors will open as a guard arrives on your level. Take him out with a takedown move, then step into the elevator. Scan the panel and ride the elevator up to the higher level while T-Bone calls to warn you that security is doubled. A cutscene follows. As it ends, you'll need to press the button indicated in a QTE (quick time event), and then you'll have a gun that you can aim at the guard standing at the opposite wall. Shoot him in the head, if you can.

Fight your way across the rooftop.


You're now going to have to fight, but at least you can resume from this point. There's a lot to see in the nearby room before you start across the roof. 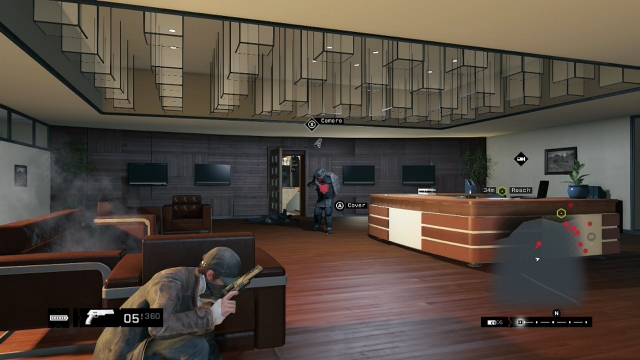 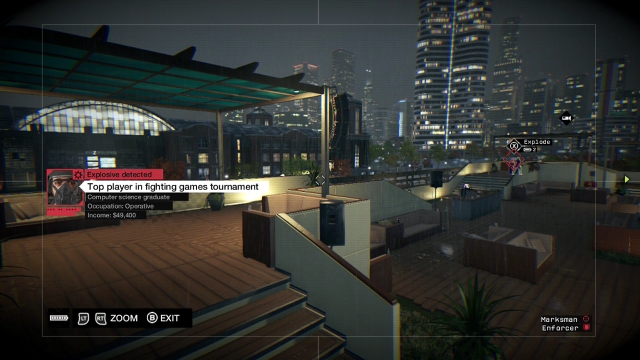 You'll find a few weapons scattered around. You should hide behind an L-shaped couch and watch the door on the far wall. A guard will come through it before too terribly long. You can take him out with a quick shot, or you can wait by the wall instead of the couch and use a takedown move. Remain on your guard, because an armored Elite will potentially be coming through next. If you have the takedown move, he won't be an issue. Otherwise, you could be inf or a bit of trouble.

After the Elite is down (assuming one does within a reasonable amount of time; the enemy isn't always there), you can head through the door and find cover in the open area beyond. There are snipers on higher ledges, don't stay out in the open. Because the door is open, you can hide behind the counter and look out the door to see a camera, then bounce around cameras outside and get a feel for the resistance you'll meet. You can also disable radios, if any of the guards are inclined to call for reinforcements and you have that particular skill. 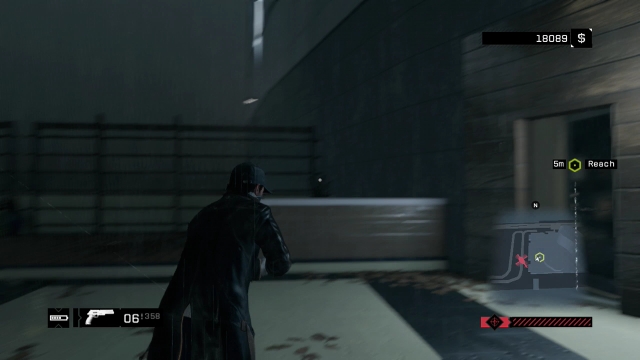 One thing to note is that after you take out a few guards or wait a short while, a helicopter will be called in to help with the search. It can shine a spotlight on you and there is a sniper. You may have the ability to hack the helcopter to put it out of commission for 15 or 30 seconds. If so, that's a good thing to do now, and then you can run for the point indicated on the map.

When you do reach the indicated point, you'll continue down a long hallway and then through some doors into a new room. Start through it and you gain a new objective.


As you come to a desk, you can find a Blackout. You can look left into an office and hack an object there for a message to Quinn. 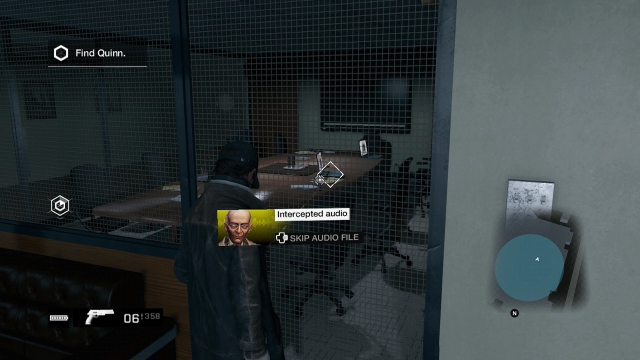 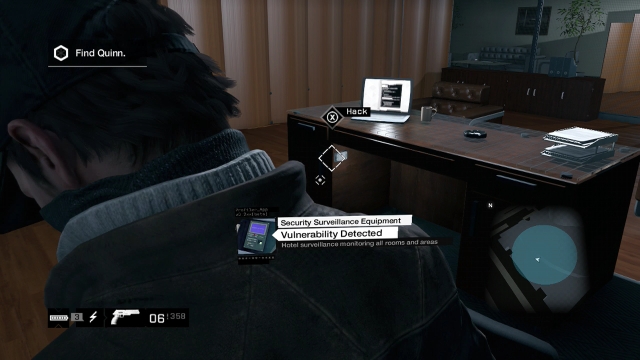 Keep the Profiler open and look around the area. You're near the middle of a light blue circle on the map, and Quinn is also positioned somewhere within it. Head into the room where you saw the obvious laptop to hack, and you can look left into a conference room for an alarming Audio Log. There's also another note in the same area.

Look at the desk, and notice the rolling office chair that has been knocked to its side. If you look under the desk with the Profiler active, you will find a switch you can hack. Do so and you'll reveal Quinn in a hidden area. You can hack his computer. Then hack the shutters behind him to open them. You'll trigger a scene.


Next, profile Quinn himself. You will find that he has a pacemaker. Scanning it won't have done that fancy medical equipment all that much good. 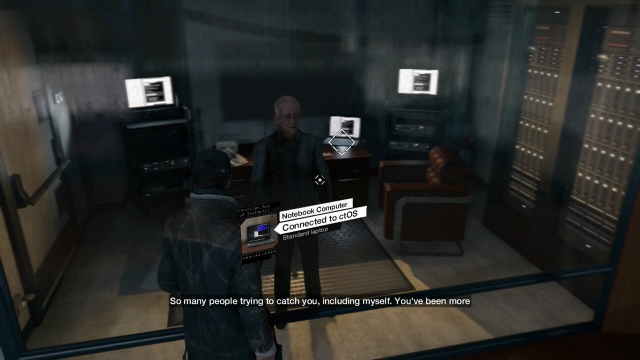 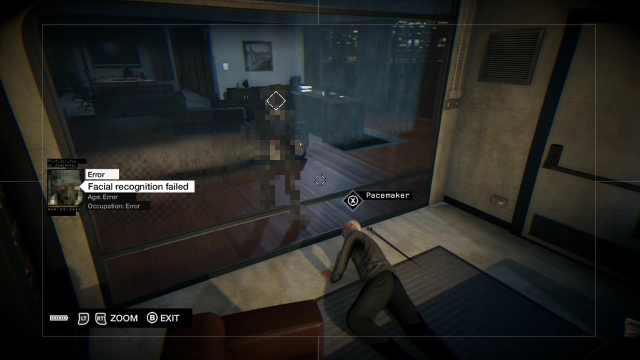 A scene follows. Finally, Quinn is ready to tell you what happened. The pieces finally fit.

Listen to the speech. Then travel through the glass and you can scan Mr. Quinn's pacemaker. This time, he won't survive the scan.


Move the camera around in the office, to point at the laptop. Download the video by scanning it.


Now you need to leave. Head out of the office and take a left down the hallway. In that direction, you would have seen the Exit sign previously but been unable to pass through. Now you can, to arrive at a rooftop area. Start along the roof and the police will arrive.


You need to get away from the Police. Start by dropping off the low roof, onto the sidewalk. Police will be pulling up in cruisers momentarily, and there should be cars in the area. You can use the Blackout to give yourself a good chance at getting away, and more if you have them in reserve. They make it easy to get out of the coverage area. Then you'll gain yet another new objective.

Race to save Clara.


Clara's location will be marked on a map, and you need to drive there to find her. Go ahead and set a waypoint, then drive through traffic as you head west across the map. You'll have to cross virtually all of the map to reach your destination. 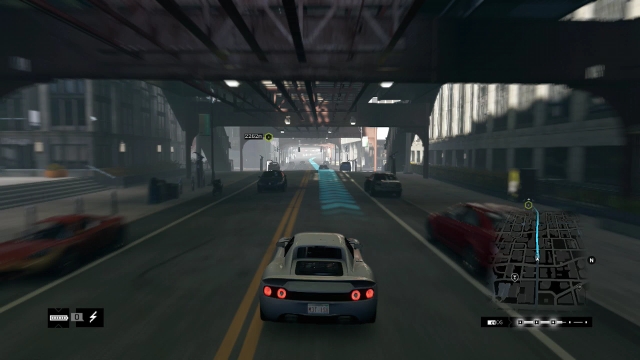 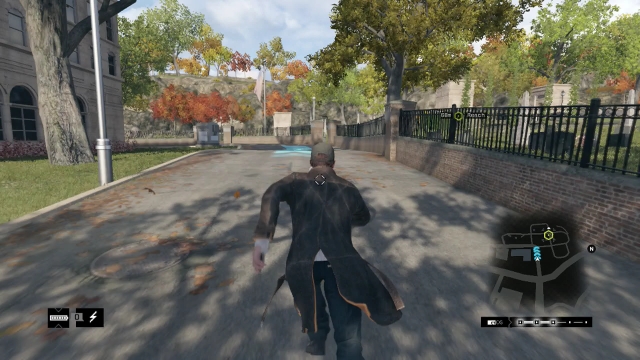 As you arrive, a brief cutscene follows. Then you'll have your new task.


When the hit men first are headed toward you, time will slow to a crawl. You can take out a few hit men during this point, before it lapses. Aim for their heads. There are more of them than you can probably tend to in that brief duration, but you should be able to mow down a few of them. The remainder will try to gun you down, so make sure you're behind a tombstone for cover. You can hack any explosives they might be carrying, as well, if only to serve as a distraction.


Once the hit men are toast, rush to Clara's side. A scene follows and the mission ends.