This mission will be much easier if you bring a supply of Blackouts. Head to the next point on the map and accept the mission to trigger a scene.

Take out the fixer.


As the scene concludes, your face is being broadcast to a square full of people, and you are in that same square. People are going to notice you, rather quickly. 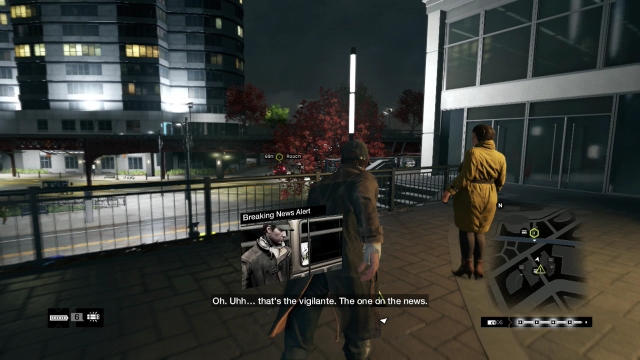 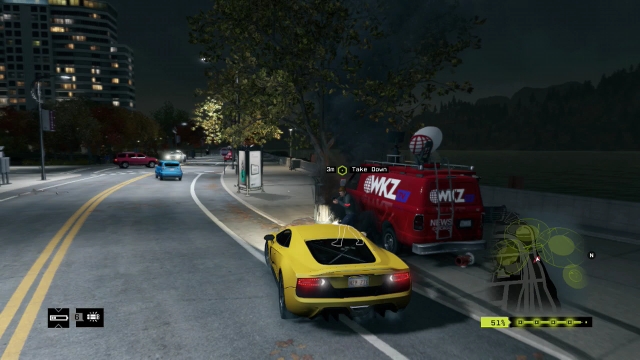 Head forward at a run, along the walkway where you met with Damien. People are going to be calling the police on phones all around you, but you can't worry about them. Your goal is to eliminate the fixer responsible for broadcasting the signal on Damien's behalf.

You should see the van ahead of you, and it will appear on the map. You can keep running forward and hop over a railing, dropping painfully to the sidewalk below. There should be a car parked ahead of you, so run over to it and start driving in pursuit of the van while Damien bends your ear. You can use your traffic abilities as usual to destroy the van, forcing the driver out. Then you can run him down or get out of your car and gun him down.


Now you need to get away from the authorities, who are quite interested in finding you. Their interest level is most fierce in the yellow spots on the map, which circle along the route you need to follow out of the vicinity. 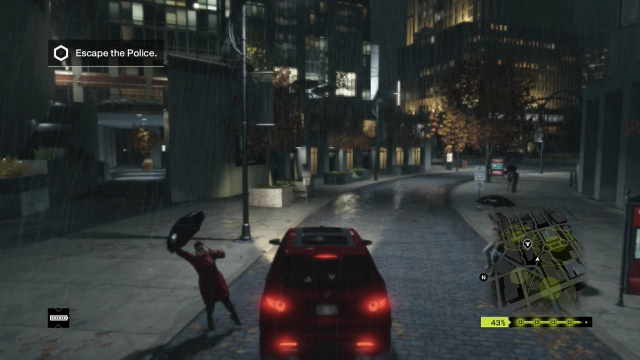 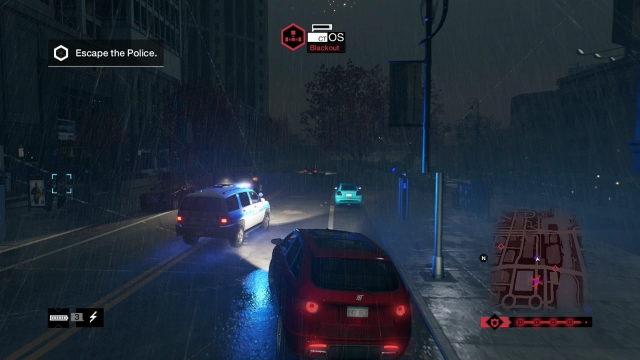 You can equip the Blackouts I mentioned bringing (you should be able to carry four) and use them every so often to make it difficult for the police to see you.

Drive like mad on straight roads to put as much distance between yourself and the pursuit as possible, and use a new Blackout each time an old one's effects fade. If you manage to ditch the authorities, you'll complete the mission. If not, you'll have to start over by finding and pursuing the van. It's a short mission.

NEXT: Act IV: The Rat's Lair