Head to the point on the map, near the far upper right side. Get close and activate the mission for your first objective.


Once the mission begins, a helicopter flies over the line of trees. You need to follow it, and you don't have much time. 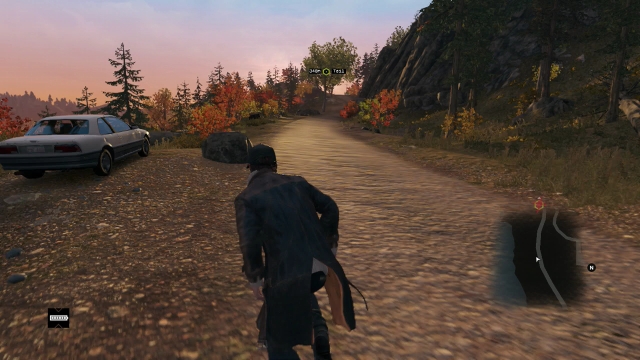 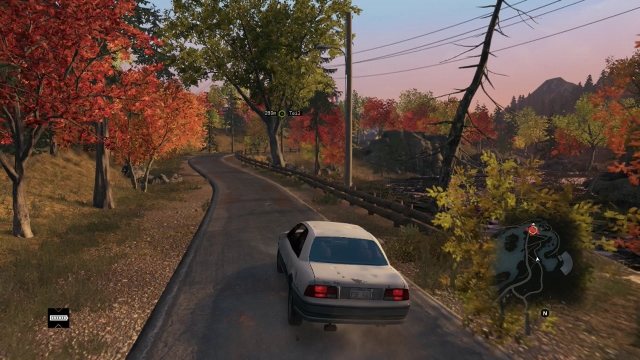 You can start by running along the road, and the helicopter will stay around 320m ahead of you as you proceed along a trail. Keep running until you reach a vehicle parked along the side of the road, then get into that vehicle and continue along the road.

The helicopter doesn't actually move all that quickly, and stays close to land. There are numerous roads you can follow along the way, and shortcuts you can take (though they tend to be dangerous). Also, thanks to the time of day the mission takes place, the sun is likely to be in your eyes for much of the early going. Make sure that you don't let it blind you to the oncoming traffic, which is far from sparse.


Your ride takes you to a fenced trailer park. Get out of the car and look around for a camera. 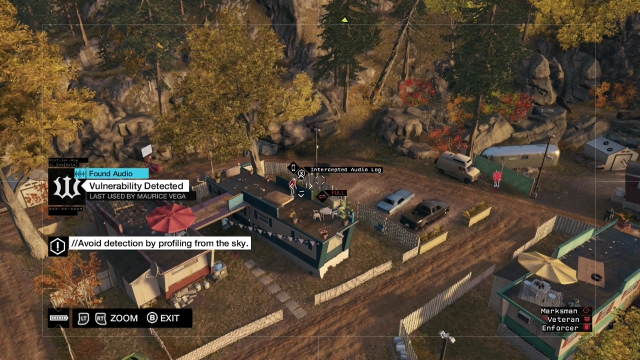 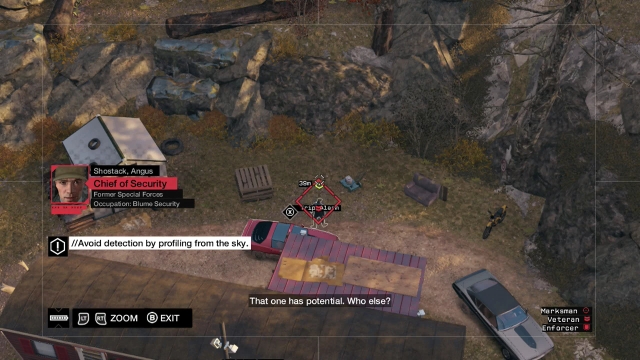 The camera you're looking for will actually be overhead, though it can be difficult to see through the canopy of trees. The helicopter has the camera, and you can move it around to search for the security chiefs. There's also an Audio Log to intercept.

One security chief is along a far building, near a fenced area. Another is not far from that spot, between two trailers. All you have to do is find them and hover the cursor over them for a second or so. You can zoom in once you see someone to make them easier to stay with long enough for a scan.

Take down both Blume security chiefs.


Now that you have found the two chiefs, you need to eliminate them. 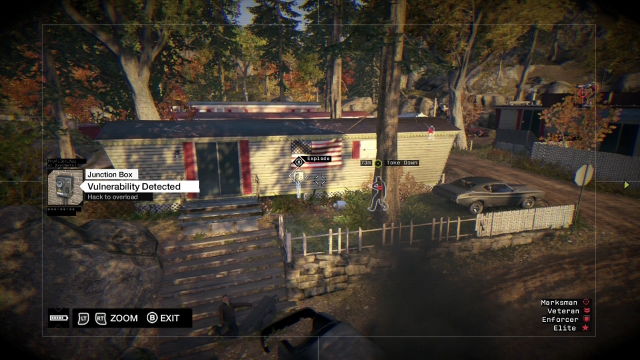 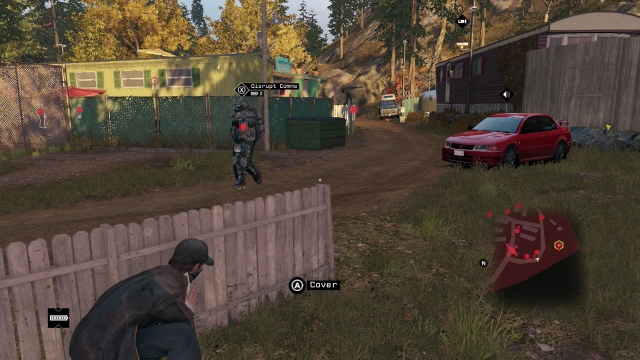 The guy that is standing between the trailers can be drawn toward a termainal that you can cause to explode. To do that, find a camera that lets you look to the two guys down the street from him who are standing near a car. One should be carrying explosives. When you take care of them, the blast will make a noise and the chief will come to investigate. Make sure that you blast him as he walks by the panel on the wall.

As for the other chief, you can head up the dirt road along the side of the area, keeping to the cover and watching the guards ahead. Mostly, they will stay in one place, but there's a heavily armored guy that walks back and forth. 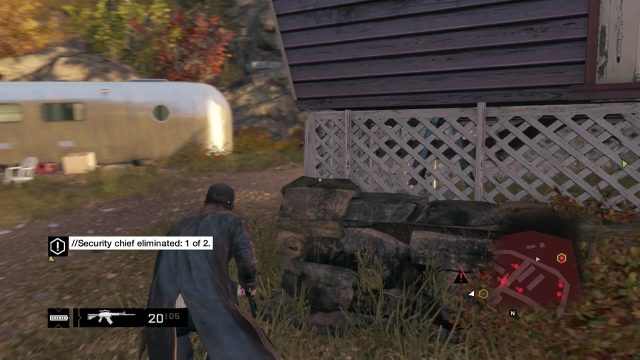 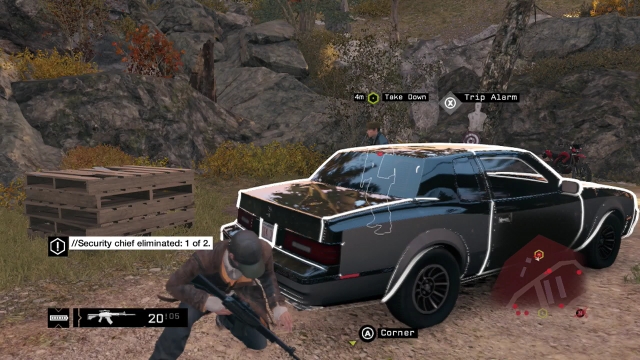 When that armored fellow is walking away, you can safely move forward and get on the right side of a low fence between you and the sentry who is remaining near the corner of the fence. Then you can creep along that fence and wait near the edge. Once the armored guy walks along that fence to your left, you can quickly run for the trailer. Make your way around it and then find cover on the other side.

You're very near to your target now, so use the car to hide your advance. Creep quickly around it and then use a takedown move. When you do so, that should be the second of the two chiefs and you'll gain a new objective. Note that if the chief sees you or his men do, he'll flee by car and you'll have to chase him down while dealing with his goons. That can get messy. Either way, you want to wind up standing over his corpse.


Hack the ID of the chief you just dropped near the car.

Kill all militia members or escape.


Your final goal here is to escape while still alive. How you do this depends on whether you got the security chief before he made it to a car, or after. If it's the latter, just drive and lose your tails with fancy hacking in traffic (steam vents work especially well, as always).

If you are still in the trailer park, one good strategy is to jump into the nearby car and drive straight forward through the fence and then down the road. Just make sure that if you do that, you don't fly directly into the huge propane tank, or you'll create a blast that instantly kills you. Proceed cautiously around that corner, then floor it once you're free of the accidental explosives. You'll have to lose your pursuit, and once you do the mission ends.