You'll need to return to the Bunker before you can attempt this mission, after the "Planting a Bug" mission is complete. The mission start point is on the door.


Enter the doorway and head forward, then down the stairs toward Clara. A scene follows. When it finishes, you're ready to get started on the actual meat of the mission.


There is a new point on the map, so you need to head there. Set a waypoint to make things easy, then get there however you like. As you get close, Clara calls to say that there is trouble. You will have to enter a facility, and it is a restricted area because there are people there ahead of you who want to see Kenney also.


You can head through the door and take shelter behind some crates. There will be a guard ahead. You can approach however you like now. There's a camera on a building overhead, and quite a few more guards ahead and to the left. You can virtually circle the building using wall-mounted cameras, if you like. 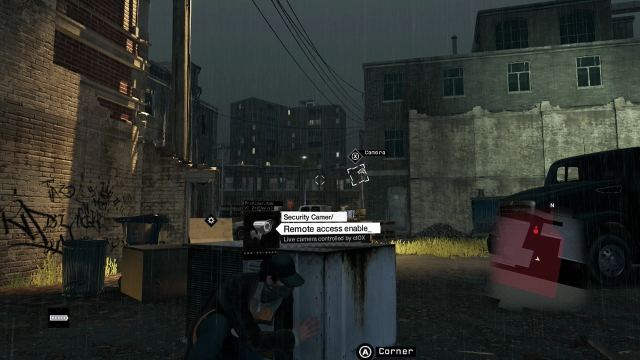 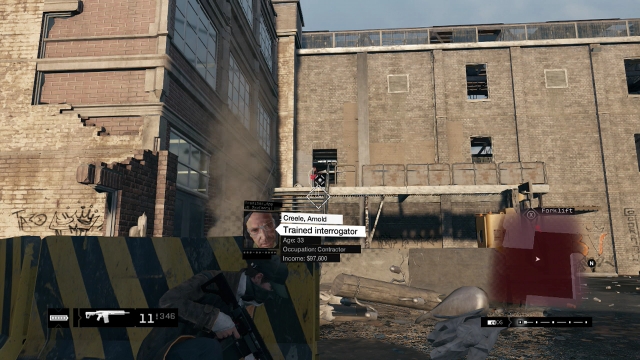 There actually aren't a lot of fixers in the area, if you can take them on one at a time. After you circle around the area using cameras and destroy any you can with environmental hazards, you can move forward a short distance from your initial cover position and lurk behind a concrete barrier. The enemies on the other side of the building will occasionally come at you, one at a time, and you can wait for them to appear in a door. Then just shoot them. They will keep doing this until they are all dead, if you're feeling especially cheap (and a little patient besides).


Now that the area is cleared, it's time to get what you came here for. Head to the point indicated and press the button to use the ancient computer. A brief scene follows and then the upload can begin.

Defend the area until the upload is complete.


You have to stay relatively near to the computer while fixers come in from the higher openings and around the sides of the building. You may still have environmental elements at your disposal, so don't be afraid to use explosive tiles to quickly eliminate a few foes. 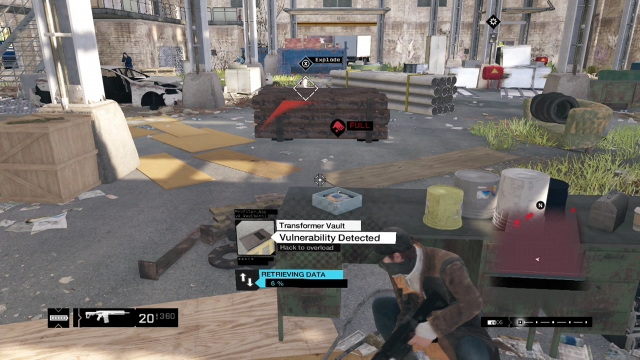 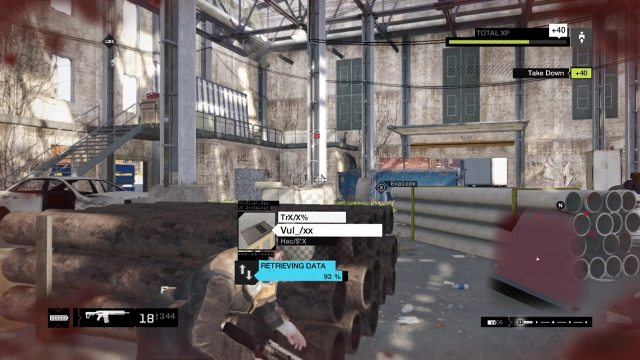 A major threat to you here is the occasional grenade that foes will toss. You can hear the warning beeps if one is near you. In that case, quickly run to a different point of cover. You can also use takedown moves to get rid of enemies as you move around crates.

If you do get out of the range of the computer, a warning message will appear and you can move in closer and keep fighting. You don't actually have to survive all that long, and then the upload will finish.


Any fixers that were still alive when the upload finished will need to be taken out of the picture now, so keep at it. Hopefully, there will only be two or three.


Next, you can head to the hard drive and eliminate its contents.

Chase down and eliminate the fixer.


You weren't as smooth as you thought. Someone knows what you're up to and is fleeing in a fire truck. You'll have to run to the edge of the area, hop into a vehicle and give chase. 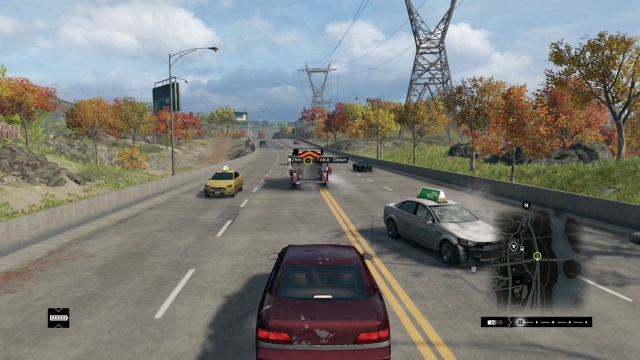 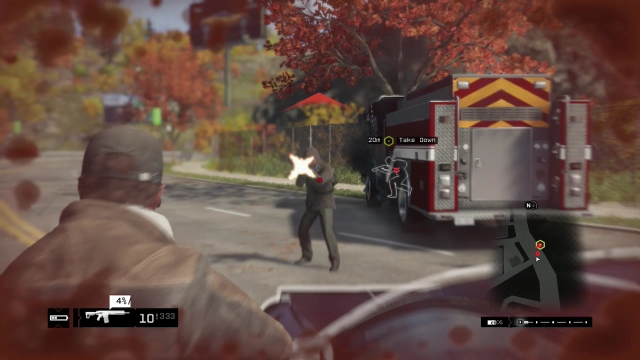 As the objective states, you need to eliminate the fixer. There's not a lot that will stop a fire truck, but steam vents that you'll find along the freeway are one option. You just have to follow close behind the truck as it heads into oncoming traffic. For the most part, you can stay behind it and the truck will clear obstacles out of your way. However, it sometimes shunts mangled cars off to the side, and the drivers somehow are healthy enough to drive directly into your path and slow you down. Watch for that.

When you finally neutralize the truck, the fixer will get out and try to escape, along with his cohort. Gun them down, and then the mission ends. You've reached the end of Act II, as well.

NEXT: Act III: Hope is a Sad Thing