Drive to the next campaign point on the map, located in the Brandon Docks area, and accept the mission to receive your first objective.

Destroy the truck with IEDs.


The video introduced you to a problem you need to solve for Jordi. You can do so by destroying the truck where the mission started. Just do as the mission instructs you. The IED may be hidden on your weapon wheel in the same slot as your Blackout item. Find the IED and toss one at the truck to make it go boom.


Now you can worry about your actual destination. It appears on the map, so go ahead and set it as a waypoint and then get there however you like.


Once you show up at the factory, head into the area where the map icon waits. Nearby, you can pick up some IEDs and scan an Audio Log. You should also look around the area for security footage, which you'll find on the Camera HDD a few feet from the Audio Log, along a wall near the entrance.

Prepare an ambush against the Viceroy hitmen.


After watching the video, you should have an idea about what to do next. Your goal is to set some explosives so you can take out the enemies when they come here to meet and plan a grisly end for your unwitting partner in crime. 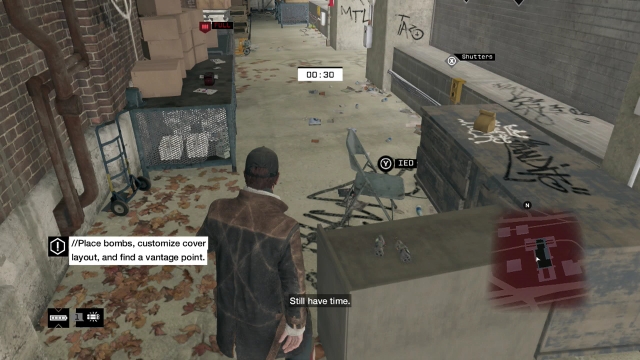 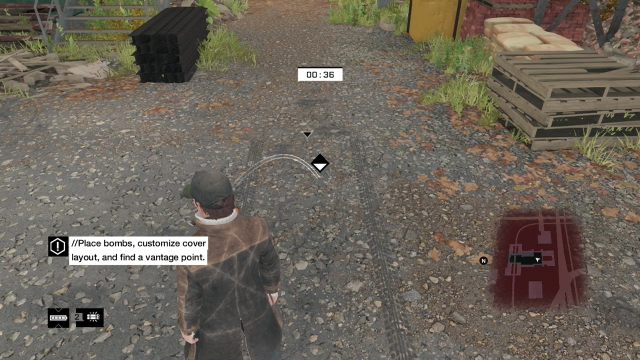 You can run around the area, in the space of about two minutes. You have IEDs, and you can toss them in what seem to be likely places along the alleyway. Those points will be highlighted in red, and often have other indicators. For example, you'll find soda cans and tire tracks that indicate where guards might stand or where a car might park.

There are numerous such points, and you can place IEDs along each of them (provided you have the inventory). You have at least two IEDs in your possession, so set one at the center of the tire tracks on one end of the alley, and one on the set of tire tracks at the other end of the alley. Then you'll receive a new objective as the time expires.


Quickly move to a point of cover that you like. One good idea is to climb onto the balcony on the side of the alley opposite the bay doors. Crouch behind shelter, then look across the alley at a camera. Warp to the camera, which provides a view of the are where cars will arrive on either end of the alley. Then wait.

Eliminate all of Iraq's crew.


When the cars do arrive, they'll arrive one at a time. If the IEDs were put properly in place, you can detonate one as the first car pulls over it and then a second one in the opposite direction when that second car arrives. 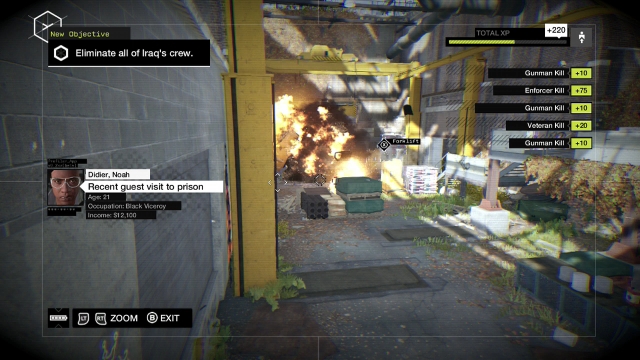 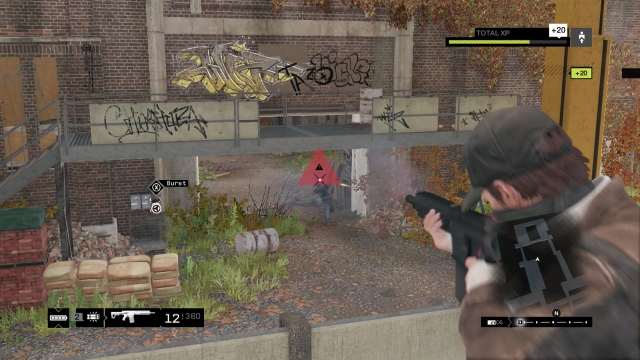 Taking out the cars will make the battle much easier, because there are armored goons in the cars. If you eliminate them, then you only have to deal with a few weaklings that will continue to come from either end of the alley. See if you can get to them in time to prevent them from calling in reinforcements.

Shoot down the men and run up and down the alley, keeping behind cover to limit the likelihood of your potential demise. When you clear out the area, you'll receive your new objective.

Hack the phone to intercept the call.


Now a phone will start ringing in the alley, near its center. There is a pile with a phone situated on it. You can easily hack it by pressing and holding the usual button. A scene follows.

Take down the fleeing Viceroy.


A gang member flees. You have to chase him and take him out before he can reach his destination. Mark the yellow target on your map, then look for a way to chase speedily. There is a vehicle at one end of the area. Hop into it and pull straight forward, hacking to open the gate. Then chase and you should be able to catch up to him shortly and neutralize him.


Your new goal is to reach Bedbug. Mark him on the map, and drive quickly to that location. When you get close, you'll gain yet another new objective.


Bedbug is rolling with his posse. You have to get close and follow them on foot, which is a delicate thing. If you get too close, you'll be seen. It's easy to not be close enough, though, even as you arrive and the scene is triggered. The group of three men will start moving away almost immediately. 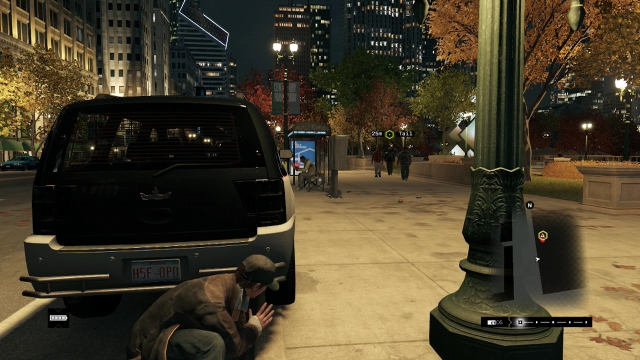 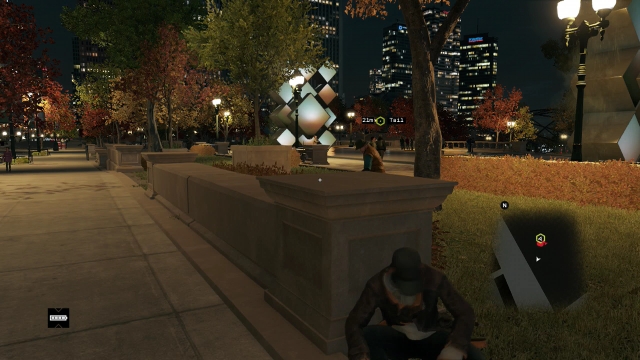 Fortunately, you won't have to move far. The group stops in a park area, not far from where it begins, and you receive a new objective.


When the group stops moving, there is a phone nearby. You should be in a position behind some cover that allows you to hack the phone to place a call. Do so. Then a scene follows.


There's a terminal nearby, most likely not very far to your left. Creep along behind cover until you get close to the terminal, then hack it and you'll produce another scene. Then the mission concludes.